At 11:45 p.m. I found myself pushing past the crowd at The Hard Rock Hotel and Casino. NIN had just ended their two-hour show (review here) and thanks to social media, Christopher Hall, the man behind The Dreaming and former Stabbing Westward frontman, informed the world that this is the first time Stabbing Westward has ever had NIN open for them. 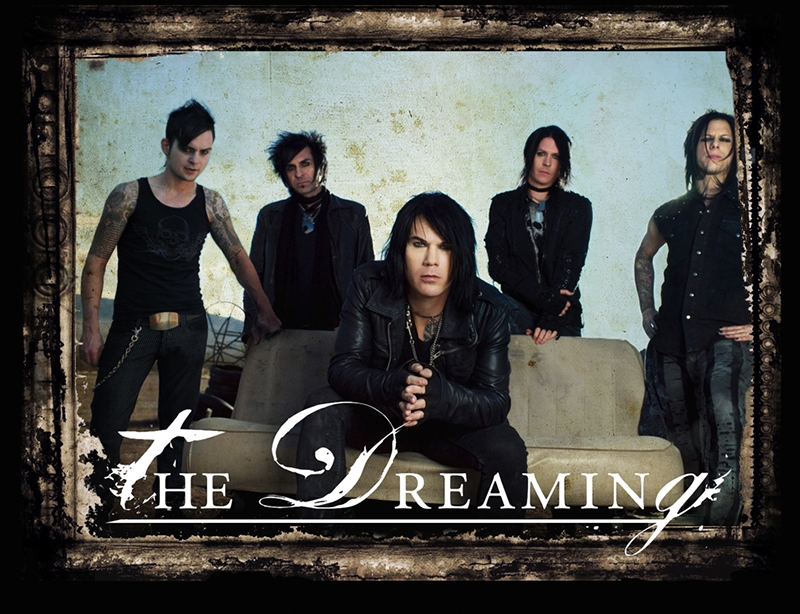 After fighting my way through the crowd so that I would not miss a moment of this reunion show, I found myself at The Vinyl located on the main floor in The Hard Rock Hotel and Casino. It is strange that they called this a venue; it looked like a construction project where the foreman called it quits halfway through the project. There is a large, wide-open space, a small stage and a small bar. That is it—I wish I could give a better description, but honestly there is nothing more to describe. Hall took the stage quickly trying to bring in the NIN crowd that was now leaving, he started thanking everyone for joining them for this free show and first-time Stabbing Westward reunion.

The show started with “What Do I Have To Do.” It had me asking what the venue did to the sound. This show had been hyped up and it was the first time in 11 years that Hall and Flakus had been on stage together, and Flakus’ synth was near inaudible. Hall’s vocals were great as usual, but there was a strange three-second delay and so much reverb and bass that it made me question what I was about to experience. That is when The Dreaming played “Haunting Me,” an eerily optimistic electronic rock song about a destructive relationship from Stabbing Westward’s Darkest Days album. This was by far the best performance of the night. Hall’s vocals still had that strange delay and echo, but it lent itself to a very interesting live performance of this song. At this point, I realized the show could go either way, when Flakus stepped off stage for a while as The Dreaming played some of their material. I love The Dreaming’s angst-ridden aggressive rock, but I was promised a Stabbing Westward reunion with rare songs they have not played live in years. Even still, The Dreaming are an amazing band and I don’t at all blame them for the venue’s inability to provide decent speakers or a sound guy who knows what the hell he is doing.

After three songs, Flakus returned to the stage where they played “So Far Away” and “Shame,” but again, the persistent issues with the vocal delay and vanishing synth were starting to really irritate me. I also found myself wondering when they were going to play songs that had not been played in years. It was not that long ago that The Dreaming played Salt Lake City and did an entire Stabbing Westward set. This was supposed to be a reunion, and so far all it was simply The Dreaming plus Walter Flakus.

I do have to say that I have seen a lot of bands that simply fail trying to remain relevant, and Hall has never had this problem, he can still hit the high notes in “Shame” and had it not been for that damn vocal delay, it would have been an amazing live performance of that song. This really is a song you need to see live: here is a clip from the last time they played The Hard Rock.

The Dreaming closed the show out with a great performance of “Save Yourself." Unfortunately, once again, the vocal delay and the synth kept fading in and out. While I love Hall, I must say that a set of only 45 minutes and Stabbing Westward songs that I have heard The Dreaming play several times really didn’t feel at all like a reunion show of Stabbing Westward, it felt much more of a typical Dreaming show.

I left loving Hall’s performance as I always do: he is an amazing performer and shows no signs of slowing down. However, I was disappointed that this is what constitutes a reunion of one of my favorite electronic rock bands of the ’90s. I would recommend that everyone goes and sees The Dreaming when they play Salt Lake. The venues that The Dreaming typically play here have better sound and have smarter sound engineers than that of The Vinyl. While I have seen better Dreaming shows, I still really enjoyed Flakus and Hall together on stage again.

All in all, I am going to hold out for the impossible, an actual Stabbing Westward reunion show, and hope that they choose Salt Lake City. After all, if a band can be broken up for 11 years and still have people begging for a reunion show, it would make sense that Hall and Flakus return and, this time, hopefully to a venue that understands how to manage a sound board.