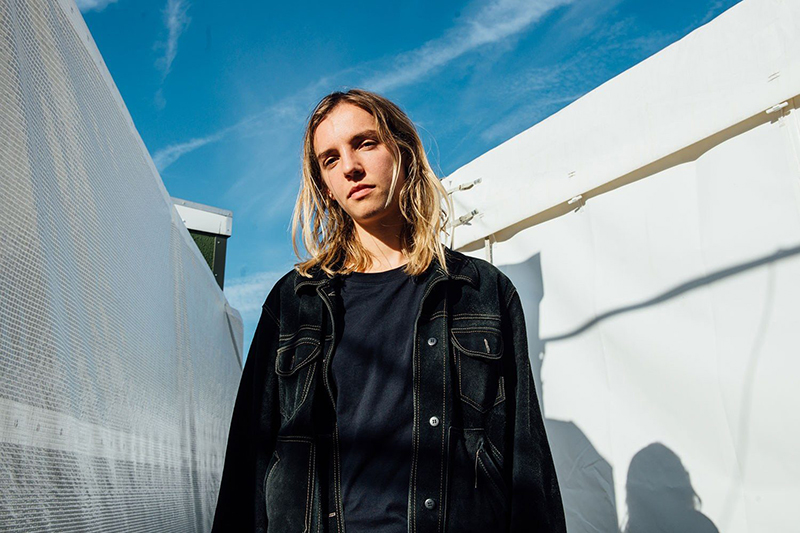 A brief but tunefully delicious evening graced to The Complex on a bitingly cold, rainy autumn evening. New York indie foursome Overcoats opened the night on their first run through SLC. Their sound is something of a late ’90s Cranberries-meets-The Staves, smashed with a Tegan and Sara-esque dynamic. The group is a harmonic vocal duo that became a stunner along the progression of the set. Overcoats was a brief but fun and skillful supporting act for The Japanese House. Grinding, low-end feedback issues asserted against the music and still managed to provide a poppy melancholy and melodic warmup with likable hits such as “I Don’t Believe In Us” and “Leave If You Wanna.”

After what felt like an interminable intermission, Amber Bain and company gifted the crowd for the second time this year with her Suede-y vocals and expert guitar skills. Her smooth, bluesy-cafe electropop warped around and filled the venue to a small, screaming horde as she opened with “Face Like Thunder.” This time around, a sparkling array of background lights and slightly more swanky stage equipment donned their performance, a sign of fairly rapid growth in the six months since their first visit to Utah in early May. Bain and her band have generated growing favor with the youthful and dedicated fans of her Dirty Hit label brethren The 1975. The Japanese House and fellow younguns Pale Waves are becoming swiftly beloved bands beneath said burgeoning indie label, and they garner ever lengthening queues winding around the block at local venues. By the fourth song in their set, the audience was singing along with Bain (and taking the chorus for her), proof positive that her music is solidifying itself with the aforementioned audiences.

Tracks from her EPs and albums laced the set including outright banger track, “Maybe You’re The Reason.” The track features a riffy bridge that has thrice brought the SLC crowd to a climax of joy in Bain’s two visits to our fine young city, with the Japanese House having played the song twice in their May set as the crowd begged for it again in the encore. This particular song seemed to bring Bain and her band to their heights of onstage performance, as evidenced by their collective energy and the equivalent elation of the listeners.

Bain reveled in the crowd swaying upheld smartphone flashlights during her more somber ballads, quipping “this is really cool” in her arguably far cooler English accent. The band played their recent single “Something Has to Change” with admission that they’re entirely new to performing the live arrangement of said tune, yet pulling it off beautifully—as Bain and her colleagues generally do.

The Japanese House played a fairly clipped set—especially in comparison to their springtime visit. Much to the chagrin of the crowd, the set featured no encore. The show ended just before ten, leaving the humbly sized horde to saunter out into the damp night somewhat deflated. Knowing Bain’s label and local listener base, it’s unlikely she’ll keep us waiting too long to return for another round with our community. –Paige Zuckerman