00:00 / 20:24
Spotify Stitcher
RSS Feed
Share
Link
Embed
It’s hard to think of a local band with more potential for longevity than The North Valley. Their first full-length, the release of which was marked by tonight’s show, sparked a fire in my heart that I still haven’t put out, content to live with a charred, murmuring and hollow organ if it means I can spend one more goddamn moment here, letting my ears bleed, and my eyes roll back in my head, and the vibrations break my ribs in a million little pieces. 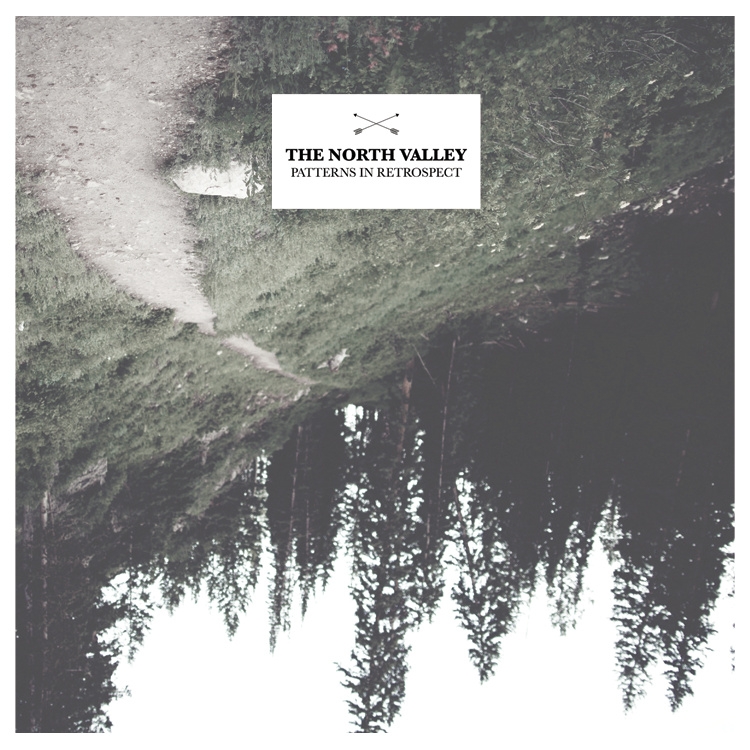 It’s hard to think of a local band with more potential for longevity than The North Valley. Their first full-length, the release of which was marked by tonight’s show, sparked a fire in my heart that I still haven’t put out, content to live with a charred, murmuring and hollow organ if it means I can spend one more goddamn moment here, letting my ears bleed, and my eyes roll back in my head, and the vibrations break my ribs in a million little pieces. Why must they make it hurt so good? The thing’s fucking great, obviously, but is their live act?

The cold air sneaking through my canvas Chucks is enough to snap off my toenails like little bloody icicles and my nose won’t stop running into my absence of moustache (in other words, the moustache I wish were there) as I get to Kilby. God, I love January. I love the frigid air and the white snow covering brown trees, those ugly trees and dead grass that are a blight to look at, but once the snow comes and stains the city ivory our eyes are spared and the lie restored: everything will be OK. Of course, with the beauty comes the beast and with the pleasure of long walks in the snow comes the pain of frostbite and house fires. Life is essentially about opposition and contradiction. It’s about picturesque snow and huddled masses around a campfire, and what’s happening in the garage a few feet over: something dirty, sexy, loud and fun.

Grizzly Bear, sometimes referred to as the “Beatles of Brooklyn,” (Why must we slap such audacious and fallacious labels on bands that are simply good?) inform the first group on, Golden Sun. Three brothers, fresh faced and sentimental, front the group. They have a typical guitar pop sound with a slight “shoegaze” bent. As soon as they start playing, a lanky kid in the back of the still-chatting crowd leaps forward past a confederacy of blondes and starts dancing, but it’s more like seizing, and acts as a hype man getting the crowd pumped.

A short set, full of whimsical vocals and computer generated backup vocals, brings the crowd inside, out of the cold, but not for good. Any time a group of people comes in, another group leaves. Maybe Bloomberg was right, maybe we should smoke less and maybe we need more Ritalin.

Breakers are, personally, my favorite local act. They understand that music and sex are synonymous and that ugly sounding guitars have a certain beauty in them. I first saw them live opening for King Khan and the Shrines and if not for Khan’s pageantry and style, their mix of attitude and surly guitar riffs would have been the highlight. The bassist looks like the bastard child of Kurt Cobain and Ariel Pink and, perhaps unsurprisingly, kicks just as much ass. The drummer sports a GG Allin T-shirt. The lead singer’s sweaty, frizzy, curly hair is matted against his forehead while he screams into the microphone as if he’s trying to warn us of a coming invasion. Who is it? The Ruskies? The Taliban? Take a dart and throw it at a globe and chances are we’ve bombed the country it landed on, so we have plenty of enemies. But, nobody cares. Might as well dance til’ they get here. If we don’t dance, the terrorists win, right?

During the soundcheck, these half-crazed hooligans took turns belting out blood-curdling screams into the mic, nearly sending the crowd running to the door in search of something sharp and metal, and that set the tone for the rest of the set. God, I love the energy, that maniacal scorched-earth tempo. Whenever I hear them play I get the urge to piss in an alley. They make me want to read Crazy from the Heat for a fourth time. Ok, fifth. What can I say? I like me some David Lee Roth. I have a feeling these guys do, too.

Their set shot by in the time it took Philip K. Dick to be dismissed from the Army, but they could have ended it 20 minutes earlier and I would’ve been just as happy. Relieved, too. I was afraid the friction from the pulsating crowd was going to set Kilby ablaze. Kilby is an oasis in a cultural desert and I’ve had too many memories inside that little shack to just let it burn down, though it would be fitting (and ironic) to be burned alive at a time when I feel most invincible.

After their set I head outside, not sure why, forgot my cigarettes, phone’s dead, but I need to clear my mind and take in the last set. Sometimes you need to isolate in order to think clearly. Sometimes it’s impossible to concentrate when others are around. Other times you need noise and more noise just to slow down your thoughts. When I can’t sleep at night, I turn on my TV, stereo, and heater full blast, just to get some goddamn peace of mind. Copious amounts of liquor helps, too. Distillation + Music = Peace.

I’m not sure what happened between me going outside and then returning, but the crowd has lost some fuel. It felt like we hit a climax 20 minutes ago and now we’re just faking it, not wanting to hurt our partner’s feelings, and holding out for that spark that never quite comes (pun very much intended). The North Valley gave a solid performance. In fact, they played spectacularly, but that energy never returned.

Despite all that, I enjoyed myself. They have fine-tuned their sound on this new album. My favorite track from the album, “Stones to Change,” a rolling blues song that would’ve fit well on Music from Big Pink, inaugurated their set in fitting fashion. God, I love it. It’s the first song on their new LP and it might prove to be a swan song. The North Valley are at their best when they harmonize! Hell, I love a good harmony. Brian Wilson ruined all other kinds of pop music for me.

After playing “their version of a slow song,” a slick love song that ebbs and flows with ease, they turn the heat up again. The confidence of the two singers and the competency of their musicianship is astounding. They play with the self-awareness of a band that has spent the last 20 years on the road in the middle of the country, playing to aging crowds—drunk, middle-aged women reliving their glory days. At least two band members look like they could be Allman Brothers.

It’s really no surprise these guys have gained somewhat of a cult following around the city as a band that one must see. The North Valley’s sound is tailored and cut from the same cloth as neo-blues bands like The Black Keys and Alabama Shakes, and their less-than-subtle approach to harmonizing gives their songs a certain urgency. A sense that what they are saying is of importance, though that’s not usually the case. If you’re looking for introspective lyricism and thoughtful meditations on the human condition, I suggest you look elsewhere. Leonard Cohen, perhaps?

“You got that Straight Jake,” a single they released in 2012 that made its way onto Patterns in Retrospect made an appearance in tonight’s show. I caught myself singing that refrain “Time won’t be your friend” on my way home, nodding in agreement. It’s a simple truth, but a truth no less.