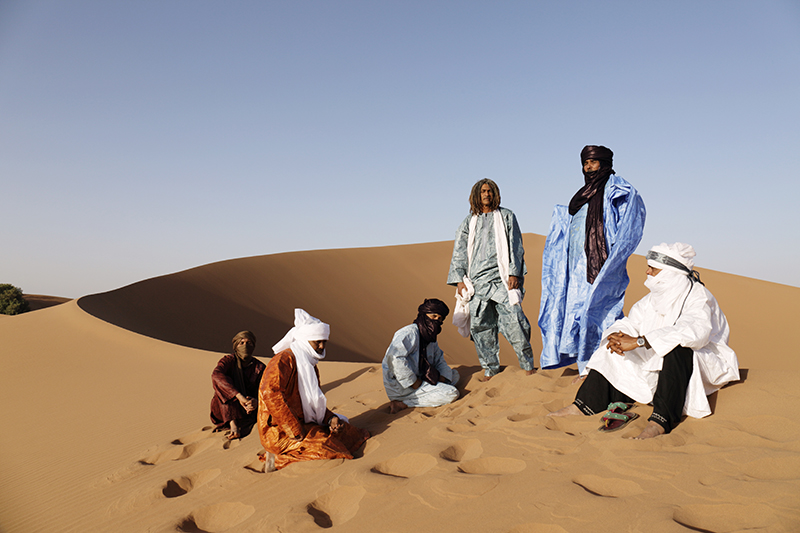 Tinariwen with the support of Dengue Fever was not a show to be missed. Both groups capture the aspects of music that require no translation. They perform with humility and with grace. Ideally, this is music for all types who show interest in something unique, and at The State Room, with its splendid seating arrangement and equally superior sound and light system, they attracted a wide array of Salt Lake’s keen showgoers. Many, I’d assume, are attending with an energetic curiosity as to what groups like these have to offer, but with a mid-range ticket price, it’d be a fair suggestion that those here appreciate musical diversity in an otherwise white-bread culture.

Dengue Fever’s performance captures the essence of obscure Thai and Cambodian psych rock with a charming contemporary flair. They are a band for which the term “electric feel” would certainly apply. Dengue Fever dabble in a groovy sound that is expanded by the members’ ceaseless energy. It’s clear that these cats truly enjoy what they do. Each song, like “Shave Your Beard” or the psychedelic ripper with a quarrelling-lovers theme “Cement Slippers,” are attention grabbers. More importantly, they are songs that demand audiences to move.

Notably, Dengue Fever’s style is influenced by 1960s Cambodian surf-psychedelic rock n’ roll groups. Those groups, which were inspired by Western sounds, were all but wiped out by the brutality of the Khmer Rouge in the 1970s. By performing, Dengue Fever pay homage to those persecuted artists, which they also do through their compilation album, Dengue Fever Presents: Electric Cambodia.

The audience clearly appreciated Dengue Fever’s set. The break in-between acts is brief, and soon came Tinariwen. On and offstage, they dress in colorful, traditional Tuareg clothing. They play music that speaks directly to the soul and encourages it to grow. The members of Tinariwen present themselves with a cool demeanor that invites an eager audience to listen and be moved by their sound, which boasts a sort of blues-like desert rock that swims in a calm sea of psychedelia.

Their music is less demanding than it is reflective. It’s an energy that feeds and in turn feeds off of the audience. The members of Tinariwen seem to effortlessly flow from each song to the next. It’s a refreshing experience that shows the audience the unique but universal language and power of music. The crowd eats up this show with a clear and obvious love for Tinariwen’s act. Tinariwen closes off their performance with a two-song encore, much to the delight of their captivated audience.

Leaving such beauty that courted a kind of vibrancy is hard to do. They could have played for hours more, and one would still be hooked onto each note of their act. There was something significant to consider while leaving the State Room.

Tinariwen come from the disputed Sahara Desert of Northern Mali. There, the Tuaregs are rebels in their own land against the Malian state and other fundamentalists. In these turbulent and uncertain times, Tinariwen’s music is a beautiful thing, and it’s safe to say that their sounds—and others like them—are boldly needed more now than ever.