The mid-‘90s was an odd time for rock music. The grunge scene was fading out and rock–n-roll’s sound was all over the place. In the middle of this eclectic fog came Texas rockers Toadies. Toadies were a perfect fit for the disheveled musical climate and the, now platinum, album Rubberneck gave rockers something to jump around to once again. Now, almost two decades later, Toadies are on a Rubberneck tribute tour, and on March 28 they decided to grace Park City with their presence. 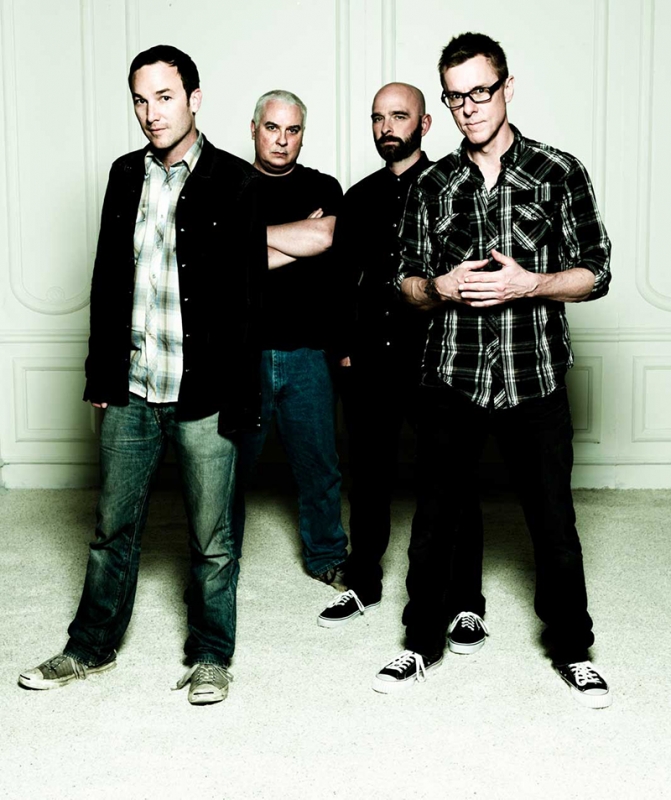 Toadies: A legendary band from the disheveled musical climate of the mid-90s. Photo: Matt Cooper
The mid-‘90s was an odd time for rock music. The grunge scene was fading out and rock–n-roll’s sound was all over the place. In the middle of this eclectic fog came Texas rockers Toadies. Toadies were a perfect fit for the disheveled musical climate and the, now platinum, album Rubberneck gave rockers something to jump around to once again. Now, almost two decades later, Toadies are on a Rubberneck tribute tour, and on March 28 they decided to grace Park City with their presence.

The first thing you notice about the Park City crowd is that it’s not the Salty Lake City crowd. SLC has an anything goes kind of dress code and the crowd is usually relaxed and comfortable. This is not the Park City scene. The Park City atmosphere reminded me of going to school in New York, in that no one makes eye contact with you and apparently there’s a “who can be cooler” contest going on that you’re not aware of (sadly, I am not very cool and finish poorly in these contests). The second thing you notice is that there’s no place to sit. My date had a disability and needed to sit down from time to time, but after a few conversations with security, I was told, “Invite more of your friends and we’ll open the upstairs and maybe you can sit there.” One kind security guard said she could sit in the VIP area because no one had reserved it, but after a few moments, another security guard came over and very publicly made her leave (she was incredibly embarrassed). The Park City venue and crowd was putting a terrible spin on the evening, but all of a sudden The Supersuckers came out and all was well.

The Arizona rockers came out hard and fast. They launched into their evil country rock set and never looked backed. Unfortunately, the crowd almost seemed annoyed by their steady thrashings and one gentleman yelled, “Keep it down” (jokingly) because the music was interrupting his conversation. Since no one was dancing or doing anything, I did something I swore I would never do—I danced. I danced my tukas off and hoped more would jump in, but after three songs of doing so it was clear that nobody was moving and I looked like a jackass. The Supersuckers did not seem deterred by the crowd as they jumped, kicked and had a blast while performing their set.

Battleme was the next to follow. If you haven’t heard Battleme, they sound like Neil Young’s catchy younger brother. The crowd was a bit more responsive to this performance and I attribute that to Battleme’s radio friendly appeal and lots and lots of alcohol. The song “Touch” really engaged the crowd. Everyone seemed like they’d just woken up and realized there was a concert going on.

By the time Toadies took the stage the crowd was finally in proper spirits. Toadies came out dressed like Urban Outfitters had a hunting line of clothing and they all took turns rolling down a hill in them. Frontman Vaden Todd Lewis looked like he was appraising us as the rest of the band picked up their instruments. Lewis gave the crowd a big half smile, greeted all of us and got straight to business. Toadies have been averaging over 20 songs each tour date and this was no exception. They played songs from Rubberneck for the first half of the show, took a break, and then played songs from the lesser-known No Deliverance (“Song I Hate,” anyone?). One of my favorite teenage jams growing up was “Tyler” off the Rubberneck album and, when Toadies played it that Friday night, I about lost the little composure I had left.

”Possum Kingdom” was clearly the crowd favorite that evening but “I Come from the Water” and “Away” earned respectable cheers in kind. My date had to leave after the first band due to her condition, so I spent the last half of the show rocking out solo. I had to laugh at the situation because there I was listening to the same music I listened to as a socially awkward teen, as a socially neglected adult. Before I busted out the Pogs and corduroys, I thought better of it and just called it a night. My date greeted me at the car and said she kind of followed the show from Twitter feeds and drank all my rum, so she wasn’t too bummed. We sat on the hood of the car and watched the people still trickling out of Park City Live. From the amount of high fives and fist bumping, I assumed everyone had enjoyed themselves thoroughly. The rest of Park City glowed with the anticipation of Friday night. We stuck out or hands and gave Toadies a big thumbs up for making ours.