Just five hours to the north, through the enchanted land of highway juniper, roadside rivers, and abounding Perkins restaurants, a little festival was born. 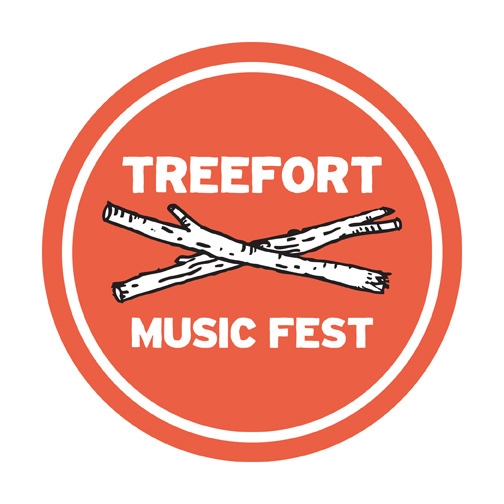 The Treefort Music Festival in Boise is so well-done, that it’s bound to get huge within the next couple of years.

Just five hours to the north, through the enchanted land of highway juniper, roadside rivers, and abounding Perkins restaurants, a little festival was born. I had never driven to Boise myself, and there were shows that I had wanted to see that Friday, so I was relieved to find the city extremely intuitive and navigable. There are roughly eight exits for the city of Boise, and by the simple eyeballing-it method, I took the exit that spat me out just where I needed to be. I had to then consider where I was going to park, not just for the night, but for the entire festival. The abundance of free parking spaces was astonishing considering that Boise is a city, however relatively small it may be. I parked my car under a tree and waltzed over to the Neurolux to catch Seattle’s Hooves. I was surprised to find there were more people drinking and smoking on the patio then there were in the venue. Inside, the band played their old-growth inspired psych-rock under a stream of orange and white bunting. There were a ton of Elmer Fud lookin’ motherfuckers digging the guy bending circuits in Wellington’s.

After the show I headed to over to the Crux to check out the all-girl indy group Chastity Belt. Their set was filled with a lot of smiles and laughs, particularly when the song required one of them to caterwaul like a witch. I caught Divers from Portland and their high energy rock n’ roll got the crowd cooking pretty good. It was at this time that I arranged to talk with some of the members of L.A rock group Jesus Sons.

After igniting the Crux with their Americana-infused tunes (probably the craziest crowd I saw at the festival), I sat down with Erik Lake, Shannon Dean and Brandon Wurtz in the Jesus Sons’ van to talk about their recent mini-tour through the west, and other general information about the band. They told me that Treefort was to cap off the band’s tour, highlighting stops in Tulsa, which they said was “incredible.” When I asked them what happened in Tulsa, they responded: “What didn’t happen in Tulsa.” We got to talking about the band’s songwriting process and they were pleased to say that things happened more naturally than in other bands the members had been in. Lake says, “The problem with having five people in the band, is there’s a lot of cooks in the kitchen. We kind of just go, ‘we’re gonna just groove on this and move from there.’” They talked a lot about their influences and inspiration, and they kept coming back to the blues. Dean said of their aspirations: “We’re basically trying to, as white musicians, sound as cool as black musicians.”

Waking up in a Denny’s parking lot near the Boise airport, I was reminded of an old adage, “Anything’s betta than a jetta.” Or maybe I just made that up. Either way I felt like shit. It was especially windy this year at our neighbor’s to the north, and the blanket that I brought only covered me from head to shin. Needless to say, some good harmony was necessary for the continuation of my coverage at the festival. It didn’t take long to find the remedy. A half of a block down from my go-to, free parking space, I stumbled upon Sam Cooper & Co at the Radio Boise Campfire stage. The host building is the home of the Boise Rock School, which is, as the name implies, an organization whose mission is to teach kids and adults the basics of music. As fate would have it, Sam Cooper & Co were breaking down vocal harmonies for the audience (mostly kids, but cool ones that like rock n’ roll), and would play songs that exemplified whatever particular type of harmony they were teaching.

With every venue not more than a stone’s throw away from every other venue, it didn’t take but three minutes to get to the designated food-truck area from the Radio Boise stage. Local brewers Neckar Coffee provided the boost of energy I needed in the form of “pour-over” cup of joe. I’m not sure what the benefits are in this method as opposed to machine brewing or percolation, but the coffee was excellent. Big Tits had just strummed their first chords when I got to the Crux and the lead singer was deriding the audience as well as a pink balloon and a beach ball. By the end of their set, the rhythm guitarist and the bassist had joined the singer in the crowd, and the lead guitarist perched himself on an amp.

When the sun was just west of the zenith, I ambled over to the Rhodes skatepark to catch the mini-ramp contest promoted under the banner, Skatefort. The winner’s name remains unknown to this passive observer, but his victory run consisted of some tuck-knees, a flawless sal-flip, and some boosted kickflip grabs (I think one of them was a stalefish). The contest was put on the Boise Skateboard Association—a coalition of local skateshops and business owners—whose goal is to generate enough funds to improve the existing park.

The park sits nicely under a viaduct where the highway splits. Directly below one of the diverging roadways, a chain of bands were set up to play in sync a musical piece complete with four movements and an encore, all composed and orchestrated by Akron/Family musician Seth Olinsky. The symphony, titled “Band Dialogue ii,” was loud. Very loud. Both the spectators in the crowd and the bands themselves were lucky the bridge’s natural resonance wasn’t in drop-d or it would have crumbled like the walls of Jericho (pardon the Bible reference).

When the encore had dribbled out its final note, I was on my way to meet up with SLC darlings Max Pain and the Groovies just as the band chugged into town from Salt Lake City. They told me that their tour was going good and that they were glad to be in Boise. At drummer T-Coy’s suggestion, we all went to El Korah Lounge to check out the surf-rock sounds of La Luz. The venue was like an old dance hall with its gymnasium floor and wood-panel walls. To find a place more fitting for this all-girl quartet (the singer wore a polka-dot blouse) would have been impossible.

I made the terrible mistake of leaving mid-set to smoke with my buddy and Utah ex-pat Chase, because T-Coy, Candy Pain and Ryan Reese were able to get backstage and hang out and drink tall-cans with the members of La Luz. We caught Warm Soda after this, and then Wooden Indian Burial Ground. The latter boasted a front-stage drum set a la Thee Oh Sees.

After having heard my ears’ full of music, I headed back to the Groovy bus and passed out in a little nook they call the “Troll Hole,” thankful for the generosity of space and warmth.

On the final day of the festival, I checked out the Mimosa Reading at the Sesqui-Shop where a few renowned poets read the work from their recent collections.

The Treefort Music Festival in Boise is so well-done, that it’s bound to get huge within the next couple of years. Even since the first year of its life, the festival has shown enormous growth and organization. If you want my advice, get there next year before it becomes so large that it attracts large corporate sponsors who, for the most part, were completely absent this year.