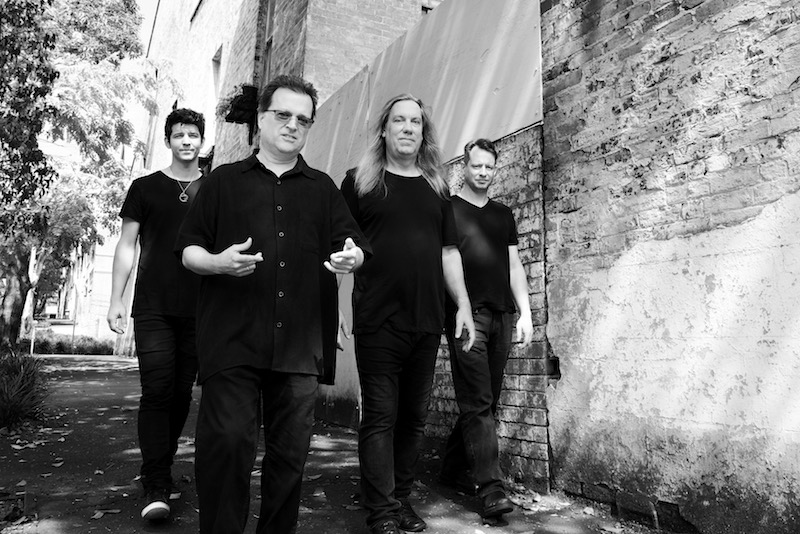 A handful of songs into the set, Gordon Gano, the lead singer and guitarist for the Violent Femmes, is reaching for a banjo. First my mind strays to the time when I was at college and someone in complete seriousness requested “Dueling Banjos” from an unaccompanied banjo player.

My second thought, which is a bit more relevant, is to wonder what kind of music environment allowed a banjo player to become a post-punk icon? That’s not intended as an insult. There was a time when no one would question a CD collection that included Depeche Mode‘s Violator, The Cure‘s Kiss Me, Kiss Me, Kiss Me and the self-titled albums from The Smiths and the Violent Femmes. In retrospect, the range of bands and sounds that shared a common audience in the late ’70s on through to the early ’90s is a bit puzzling.

It’s hard to not feel nostalgic. In fact, it was a longing for the past that prompted me to attend the show in the first place. I saw the Violent Femmes numerous times in the ’90s. The first time, a night spent with friends at Kingsbury Hall where bassist Brian Ritchie smoked a giant cigar, is one of my fondest memories. But it had been 20-something years since I last saw them.

I didn’t come into the night expecting a Hot Tub Time Machine moment that would reunite me with old friends. I was actually a little nervous knowing that I’d be writing this review.

The night begins in unexplored territory as Gano introduces Marcia Mello, the night’s opening act. Mello looks like she’s just come from the set of Tim Burton‘s live-action remake of Pixar’s Coco (which, of course, doesn’t exist at this point). As she slides her way through a series of blues riffs, I notice her shoes. I once had very similar shoes. I loved those shoes.

It was a night of strange observations.

I don’t know a lot about the blues beyond the licks Martin Gore has used in songs like “Person Jesus” and “I Feel You” or the occasional track from Black Rebel Motorcycle Club. Jazz—that’s a genre I’m infinitely more comfortable with. Nonetheless, I enjoy Mello’s set. She follows her own muses, rather than popular trends. She is genuine, and that’s rarer than you might think.

After a brief break, Ritchie, drummer John Sparrow and multi-instrumentalist Blaise Garza take the stage with Gano close behind. The set opens with a song I’m not familiar with. There’s a moment of panic as I realize that I’m going to need to take copious notes to sort my way through the setlist in this review (this proves to be a case of professional paranoia, as the 22-song set would only feature one more track that I couldn’t immediately identify).

The next two tracks, “Blister in the Sun” and “Please Do Not Go,” are taken from the band’s debut. The fourth song, however, is “Good For/At Nothing,” a song lifted from 2015’s Happy New Year (a Record Store Day exclusive). This proved to be something of a blueprint for the set. Play a few old songs, insert a more recent track and repeat.

1994’s New Times is represented by “Breakin’ Up,” which is followed up with “Country Death Song” from 1984’s Hallowed Ground and “Waiting for the Bus,” a song that first appeared on 1993’s Add It Up compilation.

This is followed by “I Could Be Anything,” a track pulled from the group’s most recent release, 2015’s We Can Do Anything, before returning to their debut with “Prove My Love.”

I don’t know the next song, but at this point it has become clear that the band isn’t simply handing out a set dominated by their most popular songs. They’ve worked in a few oddities and would continue to do so. It was also clear that looking at Denver’s setlist from two days before wasn’t going to reveal many secrets. The Violent Femmes, unlike most bands, would be radically mixing up the set and its songs on a nightly basis. Denver’s set looked fantastic; Salt Lake’s was even better.

“Jesus Walking on the Water” from Hallowed Ground is followed by the early track “Good Feeling.” I had forgotten how much I love the song, and it sounds incredible live. The audience, which has been on their feet from the opening notes, is about as quiet as I’ve ever heard the venue. The melancholy moment gives way to the punky cheek of “Gimmie the Car.”

“Old Mother Reagan” and “I Held Her in My Arms,” two tracks from 1986’s The Blind Leading the Naked, are separated by “Color Me Once” from The Crow‘s soundtrack.

The main set closes with the classic tracks “Gone Daddy Gone,” “Black Girls” and “Add It Up.”

The encore kicks off with “Love, Love, Love, Love, Love,” from Happy New Year followed by a riotous version of “American Music” from Why Do Birds Sing? The night ends with “Kiss Off,” an affectionate good-night gesture (wrapped in Gano’s barbwire wit).

I may not have rediscovered my youth, but I was entertained and, to be fair, the band never promised a miracle—just a good time.