00:00 / 20:24
Spotify Stitcher
RSS Feed
Share
Link
Embed
Having been described as “cowboy grunge,” Widowspeak quilt together classic Americana with darker rock and roll touches. Their Northwest background seems to add a very ’90s texture to their music. It was a bit alarming to me that there were only 30 people at most there to witness what was sure to be a glorious set. I overcompensated my excitement with cranberry vodkas and spilled one all over the floor during the first opener, Big Wild Things. 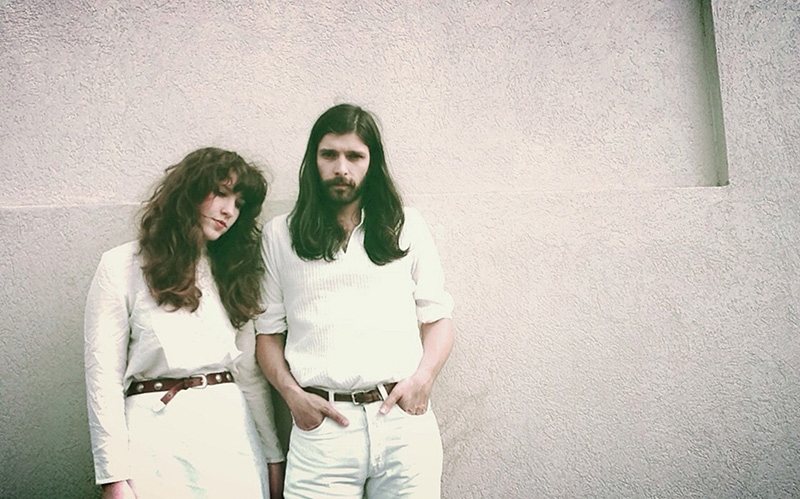 For me, this was one of those shows that I wanted to see so badly that I frantically texted every co-worker in my phone as soon as I found out about it and groveled to get my shift covered. A terrible memory of earlier this year when Widowspeak played a legendary house show in SLC and I didn’t find out until an hour after it happened still haunts me—I prayed that I would not have to cry my virtual self to sleep on Twitter while my Number 3 current favorite band played. It took a box of sugar cookies and some sweet, sweet words as bribery, but I made it.

It was a bit alarming to me that there were only 30 people at most there to witness what was sure to be a glorious set. I overcompensated my excitement with cranberry vodkas and spilled one all over the floor during the first opener, Big Wild Things. Ironically, they sounded a lot like The Cranberries, with an electric drum kit and a lead singer/bassist chick with a pretty voice. I looked them up afterwards because I thought they were cool and they appear to not exist whatsoever on the Internet—no website, Bandcamp, Facebook, or even MySpace. Well played, mysterious, cool band.

Pure Bathing Culture was the second opener of the night, and they seemed to have a tiny but strong group of people there just to see them. Someone shouted, “Next time you should headline!” Their lead singer, Sarah Versprille, has a beautiful, curly mullet and liquid, clear voice while her bass and guitar male counterparts groove along. Their music has the dreamscape effect of shoegaze while being closer to ’80s pop in structure. I listened to their album once while driving through the winding hills of California and it was spot-on for a scenic, hushed setting. They played a satisfying set ending with a cover of “Dreams” by Fleetwood Mac, which is a ballsy move, but they pulled it off well.

First thing I noticed: Widowspeak band members collectively have luxurious hair. Long, wavy and fluffy. Even the three males. When they took the stage, they didn’t bother with a pointless, awkward intro and got straight to the goods. If Mazzy Star and Fiona Apple’s voices had a baby, it would be vocalist Molly Hamilton. She has a shy aura about her, but the way she closes her eyes and sings delicately into the mic is gripping. Having been described as “cowboy grunge,” Widowspeak quilt together classic Americana with darker rock and roll touches. Their Northwest background seems to add a very ’90s texture to their music. They played quite a few songs from their spidery new EP, The Swamps. Molly stopped a few times to say something to the crowd and mumbled so sweetly that I could not once understand a goddamn word she said. “Harsh Realm,” which is perhaps their most notable song, was my favorite of the night. It has a genius drum and bass line and the simple lyric, “I always think about you.” For the encore, Molly got up on stage by herself and played “Limbs”— a slow, eerie song from their first album. Some asshole kept talking through it and got hushed several times by us who were deeply enthralled.

I decided to be brave after the set and approached Molly, whom I interviewed a few weeks earlier over the phone. She mentioned that the band was driving to Price to sleep at a motel before heading on to Colorado the next morning. I cringed a little bit thinking about the town of Price and bought a T-shirt from her, all the while resisting my urge to ask if I could touch her hair. Watch the video for “Locusts” and you’ll understand.