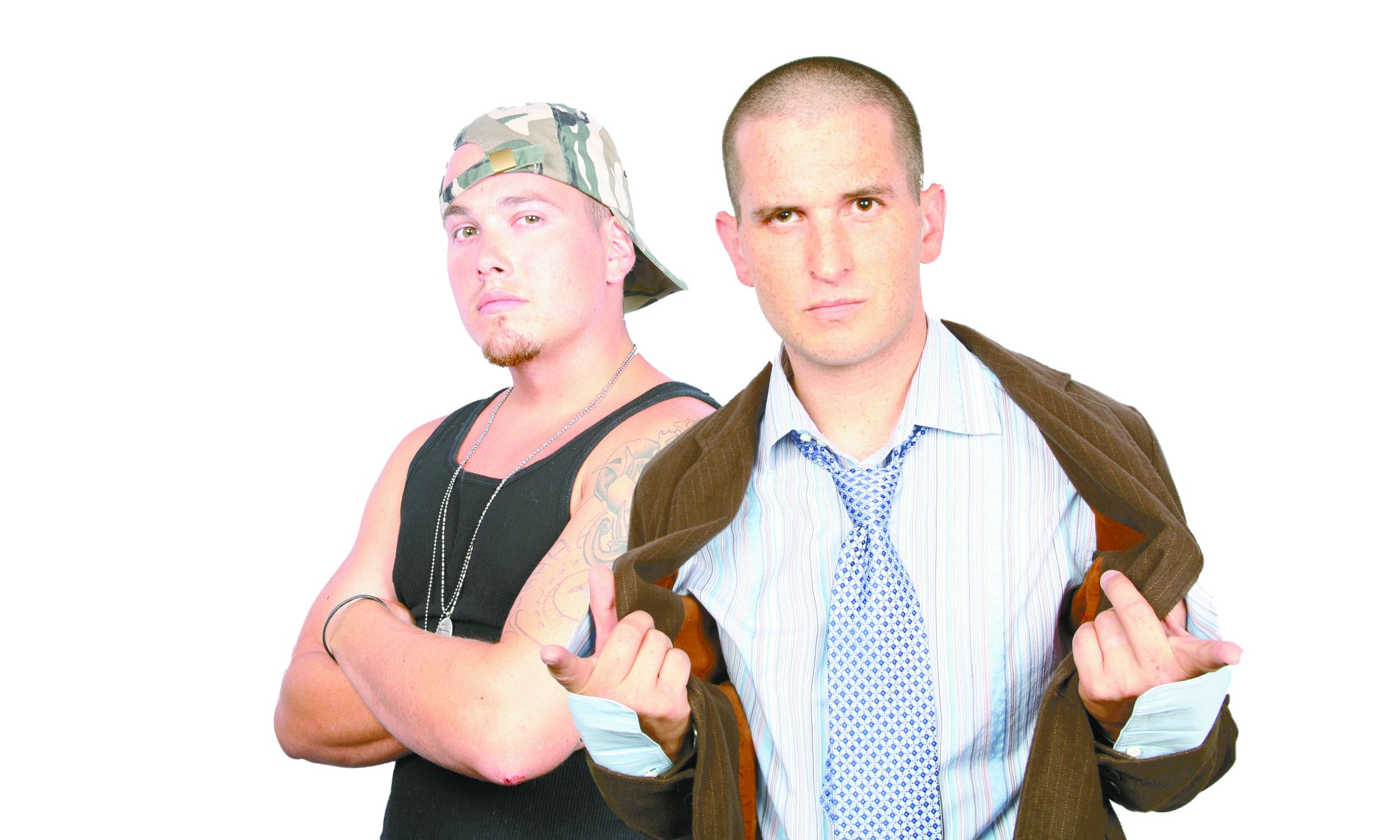 Pump up your b-ball shoes, knock down that forty and come to SLUG Magazine’s monthly local music showcase. Bomb City, Konsickwence and the Side Project will perform on August 10th at local watering hole the Urban Lounge, 241 South 500 East, a private club for members. It’s five dollars at the door. Come out and support local hip and hop.

Bomb City, George and Maxim ILL, mix and match rap rock with electronica to produce something, as George says “… [that] isn’t Limp Bizkit isn’t 311 and certainly isn’t Rage Against The Machine.” According to George it is its own sound.

Bomb City’s influence range wide and clear, roaming the spectrum of 60s psychedelic, old-skool hip-hop, even friends and family. “Max and I always talk about how Jimi Hendrix is basically one our biggest influences. We both used to be in rock bands when we were 14 and then started rapping when we were 16,” says George.

The Grind, the duo’s first album, has recently been re-released due to unresolved issues with its production, with a few special bonuses. “Personally, I wasn’t happy with the art work so Max and I redid all the art and it just snowballed from there… We did a song with Royal Bliss, a big rock group around town. We covered one of their songs, ‘Music Man,’ we did a kinda reggae version. We also covered Bad Company’s ‘Feel Like Makin’ Love.’ Then we did a song call ‘Let It Snow’ which is a hardcore song for skiers and snowboards,” says George of the re-released CDs expanded track list. The upgraded The Grind includes a couple of skits to add that concept feel and five more new songs that span a wide range of influences. “The biggest influence on The Grind would have to be Mark Kendall the guitarist from Great White. He helped us produce our album and took us out to California. We played a couple of live shows with him. He has just been a real positive influence,” finishes George.

Positive influence is exactly what people have come to expect of the half Ogden half salt city based duo, that and high-energy. What keeps the kids coming back to Bomb city’s live shows, George explains, is the “high, high energy. We’ll be sweatin’ the whole time and you’ll be sweatin’ the whole time. We’ll go back and forth between rock n’ roll -hip hop over to what some people call techno-rap numbers.”

Like Konsickwence, Bomb City sees the current Utah hip-hop scene as overzealous in their conception of themselves. They feel that the scene is premature in thinking that it can break out of its local setting. “You know I’m disappointed in the direction the local hip-hop scene’s headed. I haven’t really witnessed a change. Although there’s always been a few people like Lamb from Self Expression who have always tried to portray positive messages. I think the scene’s headed more in the direction of the bling bling, U92 busta style.”