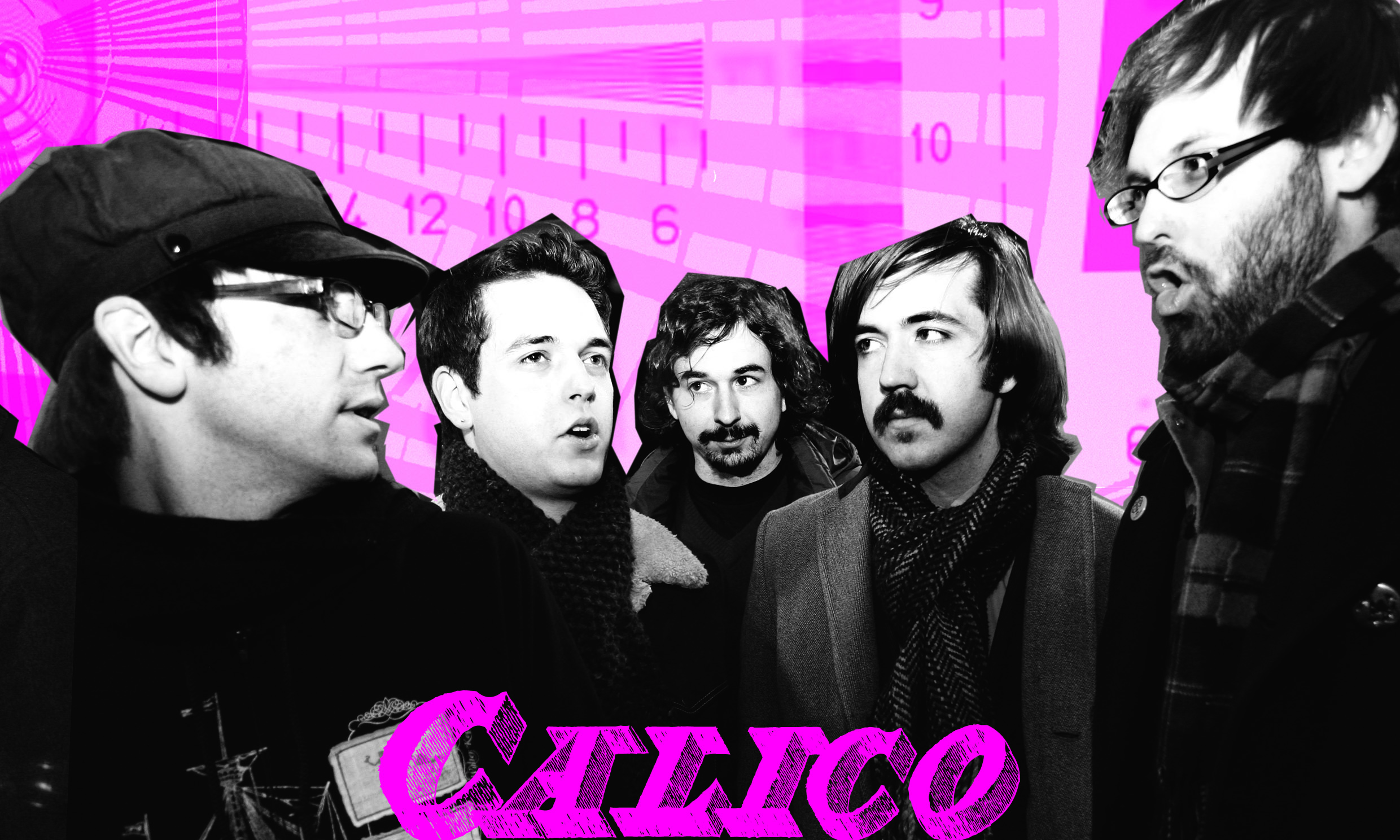 Andrew: Coronet, and other things.
Tyler: Drumz, with a “Z”.
Brady: Guitar and vocals.
Liam: Bass.
Sean: Wurlitzer and bells.

Calico is a hard band to get a hold of. After many games of phone and e-mail tag, I finally had the pleasure of talking to them over a cup of coffee at Nobrow. It turns out I’m acquainted with Tyler. We worked at The Depot together. That was no fun, but that’s no reflection on Tyler, and having someone I was semi-familiar with there made things a little easier on me.

Calico plays experimental folk. The avant-garde, ambient kind. Although they list themselves as experimental, they still find their music more accessible to a wider audience than most other bands described as such. “Usually experimental kinda turns me off, like it’s going to be some weird noise thing.” Liam explained. To them, being experimental is much more involved than that. “The funnest parts about being experimental are playing with arrangements and texture,” explained Brady, “it’s avant-garde without being bratty and pretentious or kooky.” The music is multi-layered, textural pop-folk. The tinkling of bells and Wurlitzer weave themselves slowly through vocals semi-reminiscent of Elliott Smith. In listening, it’s almost surprising that there are only five musicians. Some parts even come close in styling to Sigur Ros, though admittedly not as grandiose.

The Salt Lake indie scene seems a bit incestuous. Notable bands are always sharing members. The scene itself is made up of a seemingly small group of musicians who will disappear from one band only to surface in another. Calico is no exception. Within are ex-members of Victrola, Starmy, Redd Tape, The Heaters and Brownham among others. Many current projects were also mentioned. Very few of the members knew each other previously, just of each other. Sean stated, “I didn’t know anybody personally before we started playing, and now these guys are some of my best friends.” All the members of the band have come together under the direction of Brady. “The project has developed over the course of two-plus years of songwriting and recording, and painstakingly trying to find people who understand what I’m trying to do,” he told me. “It’s taken awhile for this to come to fruition for me.”

When I asked if the focus was mainly on the music Brady told me, “The album is extremely personal—painfully personal. Most of the songs deal with a common subject, which is loss. It’s about dealing with personal history.”

QstandsforQ, Calico and opening act Patsy Ohio will play Localized at the Urban Lounge on Feb., 9th, be there!