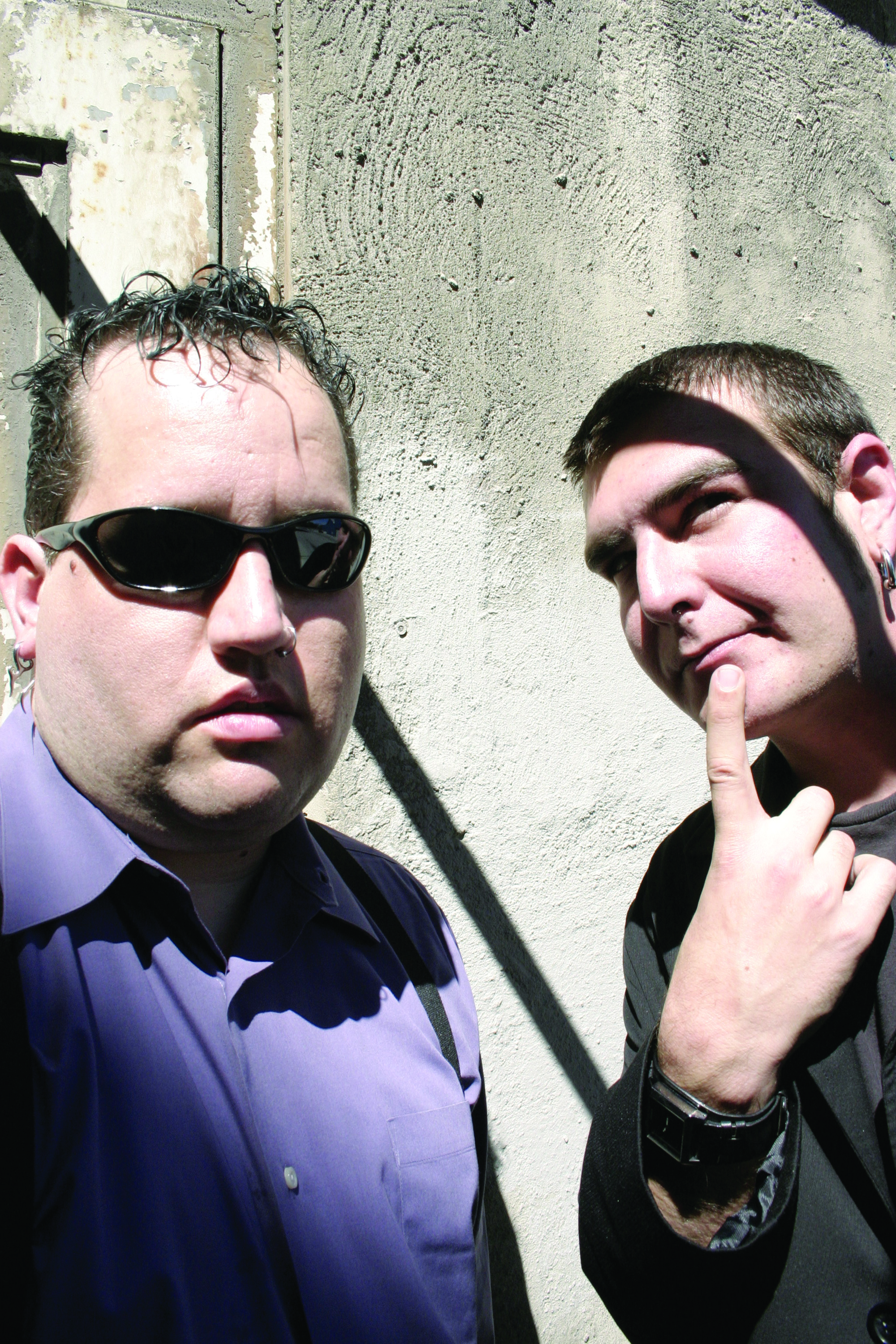 Suggestion is a powerful force. Thinking about lemons makes you pucker, and seeing someone else yawn will nearly force you to yawn in response. It follows quite logically that given the season of heat and despotic, constant sunlight, one would want to experience something both chilly and dark. The music of Carphax Files, Redemption, and AODL will force your mind to believe that you are in hell, it has frozen over, and is populated by comely goth girls clad in black vinyl. Localized takes place the second Friday of every month at the Urban Lounge, 241 S. 500 East, a private club for members only.

The 1920s rococo décor of The Beehive Tearoom ensconced the two members of Carphax Files. Their own be-tasseled and pierced attire blended nicely with the velvet cushions they reclined on as they sipped tea. At its inception, Jasin (spelled J.Sin on their website) started Carphax Files as a solo instrumental project, and then started including vocals that sounded like chipmunks yelling.

They’ve just returned from a small tour, and I asked how they were received in other towns. “Awesome,” Jasin says without hesitation.

“How would you describe yourselves?” I ask.

“We’re a very modest country band,” explains Jason. The mere idea of them being in a modest country band makes me giggle. “I don’t know, really. It’s loud, it’s electronic, it’s aggressive, it’s dark—a lot of energy.” Jasin is not shy, which could either mean he’s a stage hog, or an excellent showman.

“My sound keeps changing,” Jasin admits. “It will change within a couple of weeks. As soon as I start repeating myself, I guess, is when I had better stop writing music. I always want to have my core sound so when you play it you can say, ‘That’s Carphax Files without a doubt.’ What I mean is, when I don’t have anything to write about, it’s over—But I don’t think that will ever happen.”Carfax Tower dates back to the 14th century, and is the last remaining piece of St. Martins, Oxford, England’s first city church. But I have no idea if this has anything to do with the name Jasin chose to adopt. Although I never asked where it came from, Jasin volunteered the cryptic information that I “would probably not find out.” I suggest that I could google “carphax” and find out. “No,” he bluntly responds.

“All of the songs that are on the album are centered around a theme or an idea,” explains Chad. “It makes it interesting. One of the things that I have noticed about the lyrics is that really, the lyrics give a lot of depth. It takes more than just hearing the song.”

“A lot of people hear the song, but the lyrics are incoherent so they have to go on the website or read the liner notes,” says Jasin. “It almost brings more attention to that part.”

A young man with wide eyes and large pupils approaches our table and attempts to sell us copies of an unpronounceable scripture. “No,” Carphax Files says.

He won’t leave despite the refusal, and somehow finds out that they are musicians. “Did you go to Warped Tour?” He asks with eager naiveté.

“I’m agoraphobic,” Jasin tells him him.