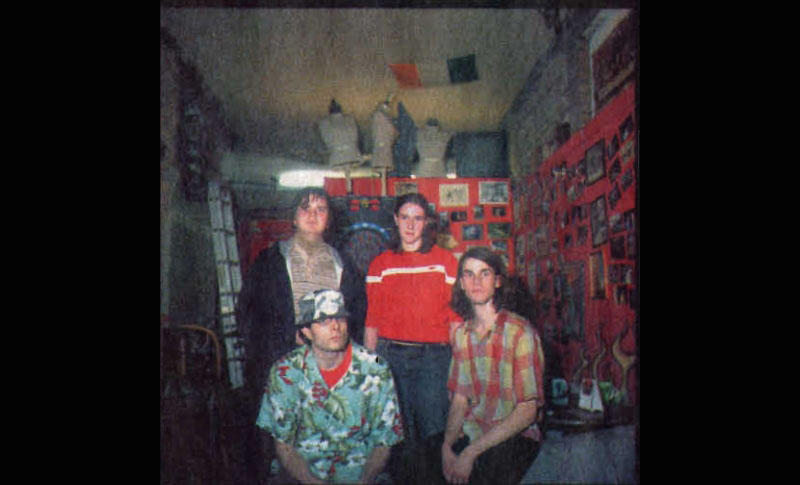 Localized is the second Friday of each month at the Urban Lounge. This Month of April will be featuring The Album, CART!, Captured by Robots and your drunk friend who won’t stop spilling beer on your coat.

CART! Is from Ogden, and the journey from there to Salt Lake City is a near insurmountable task in my opinion, and a reasonable explanation for their tardiness to arriving at Coffee Under The Bridge. But CART! Is all about journeying to distant places. Their predilection for said journeying is why they are in Utah to begin with. All four members of the band were living in Portland, but while on tour, they passed through Ogden. Shortly thereafter, they all moved to Salt Lake’s neighbor to the north. They’ll tell you that they moved out here because they were treated so much better here and the move simplified their life to a degree they could re-devote themselves to their music. But that isn’t true at all: it was the Jell-O.

“We have a specific term: theogenic punk or theogenic music,” says MC. “It’s a term from Alber Hoffman. I got it out of a book by  , a contemporary psychedelic artist. We use it as a metaphor to approach our music as an expanding and opening in the audience’s mind. Experimental punk works.

“We improvise and make noise. That’s all I do is make noise with whatever I can find. We approach all different genres, but it’s not forced. The potpourri of weirdness … it’s basically weirdness from all those levels.”

“We all have our idiosynceracies within our personalities and we try to glorify the weirdness of who we are and we want our music to represent that.” James adds. Deb sits next to me stoically, occasionally trying not to smile at various remarks. “ A lot of our moral beliefs come into play in our music. Deb’s a vegan and I’m a vegetarian and we’re trying to set up some shows right now with a vegan group. We’re always down to play benefit shows.”

“”We’re not a political band by any means, but I guess we sort of mention it,” MC said. He does most of the vocals, although he initially was opposed to being in that position. CART! is, according to him, a completely meaningless title. Then why, you ask this meaningless use of exclamation marks? I couldn’t tell you, but it does make me want to yell.

All of their hyperboles about acid and strange things aside (and there is much of it), their music is pretty fun to listen to, at least what I hear on their website. There’re all sorts of strange noises and surrealistic blips and glitches. My mind wasn’t expanded nor my horizons broadened by hearing it, but maybe that just means I’m not their target audience.