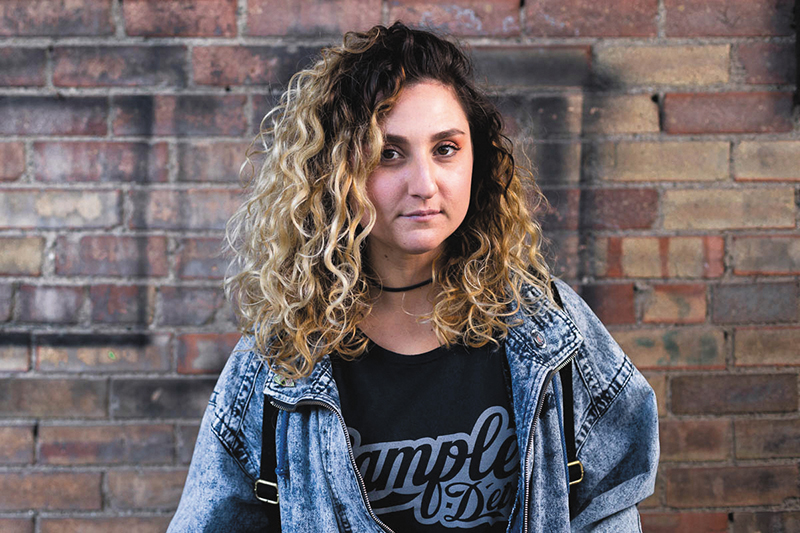 Join SLUG Dec. 8 for our latest Localized event at Urban Lounge. This showcase is 21-plus, and doors open at 8 p.m. As always, Localized is free, thanks to our beautiful sponsors at Uinta Brewing Co., High West Distillery, KRCL 90.9FM and Spilt Ink SLC. AudioTreats will warm-up the night with some slick beats, followed by co-headliners CHOiCE and Le Voir.

CHOiCE has been causing quite a stir in Salt Lake City since first transplanting here nearly a decade ago. Born a music enthusiast, Nicole Jaatoul, aka CHOiCE, was first drawn to the downtempo vibes of reggae in her youth. This grew her affinity toward hip-hop, which that finally melded into a love affair with electronic music. She now performs regularly with some of the biggest names in underground house and techno in and out of Utah. I was able to catch a break in her wild schedule to sit down while she rewound her life’s vinyl and recounted what shaped the spirited human she is today.

Jaatoul jumped into the music scene pretty early in life, attending all the festivals she could manage. It was in 2005 that she decided to learn to DJ through a friend and coworker at a Guitar Center in Rancho Cucamonga. After learning the ins and outs of musical hardware, CHOiCE quickly became a formidable contributor to the underground scene. Regarding where she gets her name, Jaatoul laughs and points to her affection for the cult classic Ferris Bueller’s Day Off and the line Ferris drops in reference to Mr. Fry’s cherry-red Ferrari. After a few years mastering the basics on her turntables, she started performing live around Salt Lake at venues like our beloved W Lounge (may it rest in peace) and local sweetheart The Garage. She hasn’t looked back nor slowed down much since.

Those first shows with CHOiCE proved to be much harder electro sets than her current performances typically showcase. Her taste has since developed to incorporate a much broader selection of electronic music. Although she favors house music over most, she’s been known to let her ADD out on the dance floor. “I often play open-format sets,” she says. “I did a DJ contest with City Weekly one year and went through as many genres as I could in a 30-minute span … It was crazy and probably really confusing for anyone who thought I only play house.” It’s this aspect of CHOiCE’s personality that makes her such a memorable performer. Her flexibility and versatility as a musician really stand out.

Her musical tastes have quickly matured over the years, and she has since dug deeper into the musical world created by the trailblazers of her youth. She doesn’t allow anything to hinder her from being the musician she wants to be. “Women in the industry inspire me,” she says. “Women who own and run their own record labels, who play and throw their own parties, who produce and play their own material … women who are living their dreams and accomplishing their goals.” She tells me about a time she was held up trying to set up for a show when a security guard asked her to stand back if she was with the DJ, to which she responded cuttingly, “I am the DJ.” Besides her talent, she possesses an extensive knowledge of contemporary house and techno music, reflective of a true artist and curator.

Not only is her stage presence hypnotic, but her sets are also always mesmerizing. “My goal is to stay true to exactly what it is that I’m into at that time, play as much of my new material as possible, all while honoring the timeslot,” she says. “You have to respect your time slot.” She tells me that along with live performing, she’s experimented with music production, but for now, “I find a lot of happiness through digging for new music and collecting vinyl.” A lot of pride goes into building her music library and transforming that into a performance. When I ask if we can expect any potential releases in the future, she responds with a “One day, maybe,” and a laugh.

CHOiCE has been working hard this past year, playing locally at events like Jesse Walker’s sixth annual Bunny Hop, New World Presents’ Lunar Transit and V2’s Get Freaky. She’s also scored gigs nationwide at events like Movement, Girls Gone Vinyl’s 10-year anniversary party in Detroit, and at the Lost River Disco in Idaho. Playing alongside musical acts like Claude VonStroke and Alison Swing, Jaatoul is perfecting a killer résumé for one with so young a career.

There are exciting prospects to Jaatoul’s future. She hopes to someday be signed to a label and work alongside other likeminded individuals, but she seems just as happy to be working with local collectives Quality Control, New World, Recess Club, and Schematic, as well as other local artists. Be sure to keep an eye out for CHOiCE at some of the local underground parties thrown monthly and take her advice and “Get involved!” I know I’ll be there—and we’d love to party with you.

Check out CHOiCE on soundcloud.com/enjoythebassline for some exclusive mixes.