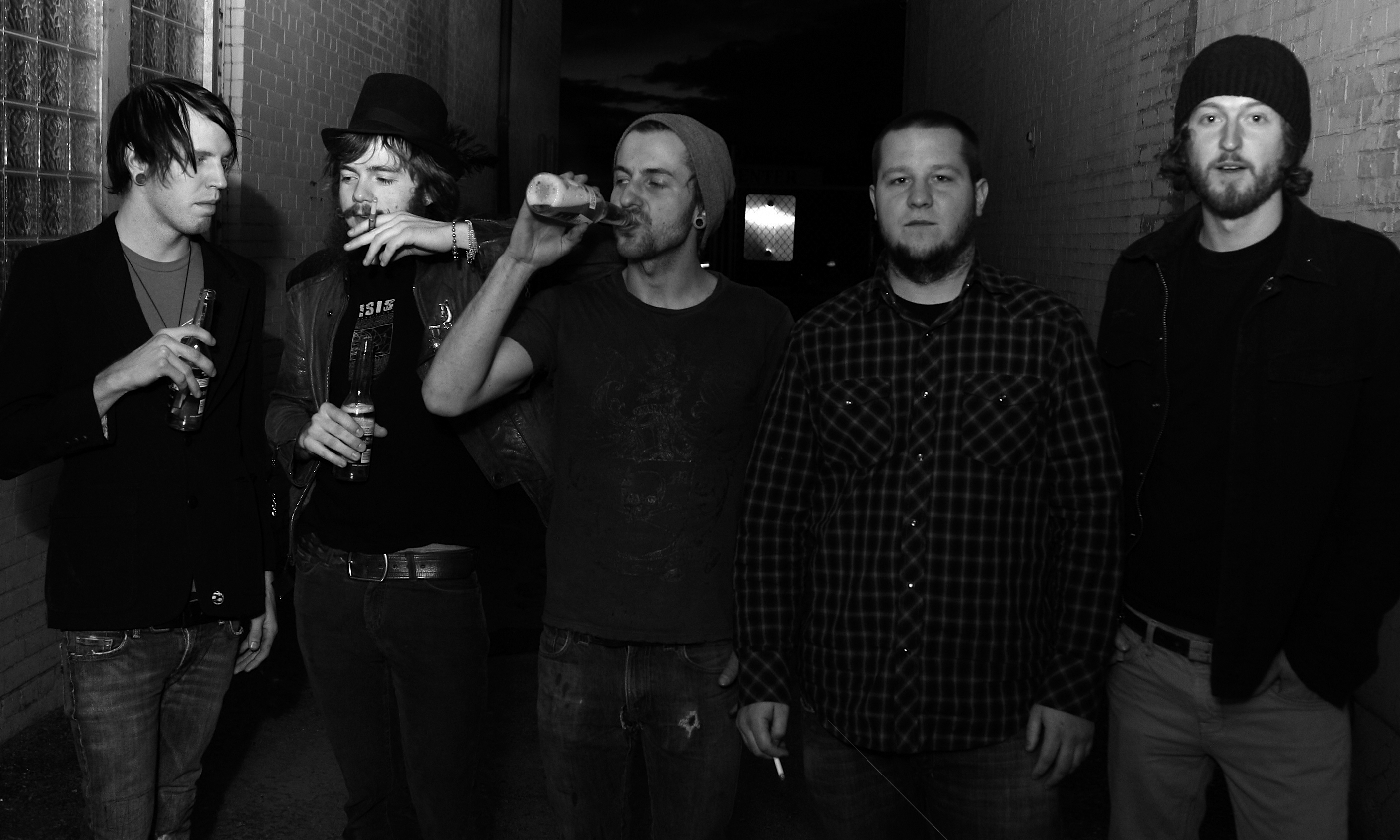 Xur and God’s Revolver will be showcasing their heated rivalry alongside openers Loom for SLUG’s Localized on Friday, April 13 at the Urban Lounge, 241 South 500 East.

Reid, the vocalist of God’s Revolver, decided that Todd’s would be as good a place as any to meet up for the interview.

“Ok, how am I going to recognize you when we’re there?” I asked him, “We may have met before, I don’t know, but I’ve had some trouble with this in the past.”

“I’ll probably be the guy in a top hat with a curly moustache,” he told me.

“Are you fucking with me?” I asked.

“No,” He said very matter-of-factly.

Later at the bar, Reid refused to answer any questions before we’d had some shots in us. I agreed. We put down some whisky and proceeded with the interview.

“Whisky is our number one influence,” Elliott told me, “Our whole album was written and recorded wasted on Canadian Host. We had to do the one eye to record.” He closed one eye and squinted, demonstrating the technique of playing guitar while really drunk. He continued, “musically, our guitarist used to hang out with his dad and all his hippie friends and they’d tell him to play rock songs that he’d heard on the radio. He’s pretty solid on playing classic-sounding rock.”

“Every band will say that they’re southern-tinged hardcore, but just because they play some shitty riff with a bend and half-time it right after, they think that they’re southern. But this is actual rock,” Reid said, “It’s more Danzig than Darkest Hour really.” God’s Revolver sounds like John Christ discovered some dynamics (or got a second guitarist and realized you can record multiple guitar tracks). It’s dirty, whisky-drenched southern rock with a slight hardcore influence.

“We started the band trying to play rock like Skynyrd,” Elliott said of the beginnings of God’s Revolver. “We knew Reid from singing in his old metal band, F-Con, in Logan. Right when we started I knew that he’d be the best singer. We called him and told him if he’d move down to Provo we’d let him sing for our band.” Other than F-Con, God’s Revolver includes veteran members of Parallax and Stale Piss.

“We’ve been together coming on two years now. We’re basically the laziest band on the planet; its taken us this long to actually get an album done. It’s being mixed right now. Look for it around late spring,” Reid told me before the shit talking began.

“The [Localized] show’s gonna be damn good. Except for that Xur band,” Reid said, “Those kids are so worthless. I live with two of them and I swear I clean resin balls the size of rats out of the bathtub because they sweat it out of their skin, it’s fucking ridiculous!”