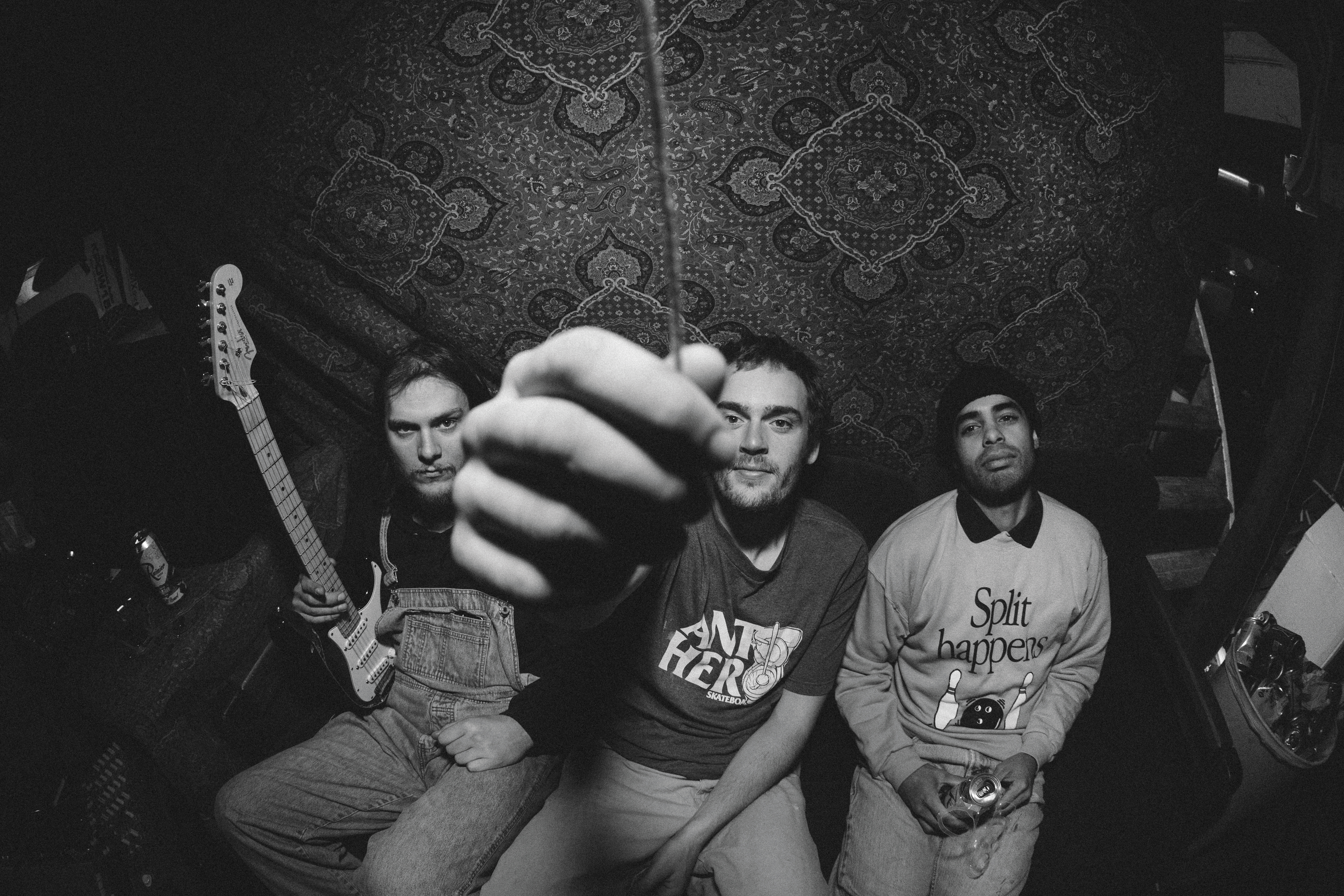 On April 20, SLUG Localized will showcase some of Salt Lake City’s finest: the black-and-blue rock n’ roll of Brain Bagz, the high-energy heroin-psych of Hot Vodka and the pagan, psychedelic stylings of The Season of the Witch. Sponsored by High West Distillery, Uinta Brewing, KRCL 90.9FM and Spilt Ink SLC, this show is 21-plus and free—so come out and play.

On Nov. 25, 2015, Hot Vodka took to the stage at Urban Lounge for the very first time. Their friends and formerly local psych favorites Max Pain & The Groovies had asked them to open for their Thanksgiving show. Needless to say, Hot Vodka had only been jamming together for a few months with a string of house shows under their belts, so playing one of the most popular venues in Salt Lake City was quite intimidating. Hot Vodka looked out into the crowd and saw a lot of familiar faces. Friends came out to support the newcomers, which helped ease the boys’ nerves. Since that first show back in 2015, Hot Vodka have gone on to play gigs with Brain Bagz, The Nods and Heavy Dose, among others. Each show proves that the new band is dialing in their sound. After a mini–West Coast tour this past fall, the band felt like they were heading in the right direction for success until just recently, when Durrell Williams, the group’s frontman and guitarist, unexpectedly moved to Seattle.

Hot Vodka got their start in typical fashion. As lead guitarist Logan Griffith puts it, “We started jamming in the basement, then we started writing songs, and then someone asked us to play a show with them, and things just happened.” The band met through snowboarding. The four original members, Andrew Aldridge, Sean Whitaker, Williams and Griffith, moved from their respective hometowns to Salt Lake to chase the snow. Eventually, Griffith and Aldridge began screwing around with the guitar and drum set in the basement of their house, which led to Whitaker and Williams chiming in and offering their musical set of skills. Whitaker soon thereafter joined the Navy, so the band lost their bassist, but Williams managed to take on all three roles of guitar, bass and lead singer. The three continued to play shows, record music and practice together as Hot Vodka, all the while discovering how the addition of a proper bassist would mold and change their sound.

With a name like Hot Vodka, the group knows that they are hard to ignore. “When we started jamming, our friend started calling us Warhorse,” says Griffith. “[We] came to find out that there’s this badass ’60s psychedelic band called Warhorse, so we figured we had to decide on a new name, and we thought, ‘What is the worst thing you can think of?’ Hot Vodka.” They’ve found that people are more curious about their music and hearing what they are all about because of their name.

Griffith describes Hot Vodka’s sound as “loud, fast, high-energy, with a punk feel.” They are influenced by classics like Led Zeppelin and Nirvana, and find inspiration from additional bands such as the Meat Puppets. Hot Vodka recorded their most recent EP, Prisoner of Paradise, with Mike Sasich at Man Vs. Music Studios here in Salt Lake in June of 2016. The three-song EP can be found at hotvodka.bandcamp.com. They will also be selling hard copies at SLUG’s Localized show on April 20 at Urban Lounge, where they will play alongside Brain Bagz and The Season of the Witch.

Prisoner of Paradise is distorted, heavy and dripping with heroin-psych vibes that go far beyond Hot Vodka’s skater style. The EP is just the beginning for the energetic trio. Drummer Aldridge says, “We have a lot of new material, about 10 new songs, that we just haven’t had the chance to record yet.” The band hopes to get back to recording as soon as Williams is back in town from Seattle. If it’s not sooner, the band is hoping to work with Sasich again around the time of the April Localized show.

Both Griffith and Aldridge agree that Hot Vodka has become hugely important to them. Griffith says, “It definitely became a significant part of all of our lives.” Aldridge goes on to say, “We feel like we just got things rolling and just got our name out there.” With the recent momentum that the band has been experiencing, there comes the predicament of Williams’ move to Seattle. “Durrell still intends on playing with the band seriously,” says Griffith. Williams is more than willing to drive back and forth to play shows because Williams, possibly more than anyone, is extremely passionate about the band.

The band has been collectively working hard on getting their name out there beyond the local music scene. Salt Lake is their home, but it is important for them to branch out beyond their comfort zone. Griffith says, “[Having] a small, tightknit music scene helped us expand what we do exponentially faster than it probably would’ve happened anywhere else.”

Hot Vodka plan to grow, regardless of what hurdles they face. They are undoubtedly driven. Now that their live shows will be fewer and further between, make sure to get out to SLUG Localized, which boasts Hot Vodka on the roster, April 20 at Urban Lounge. This is a gig that you will not want to miss.