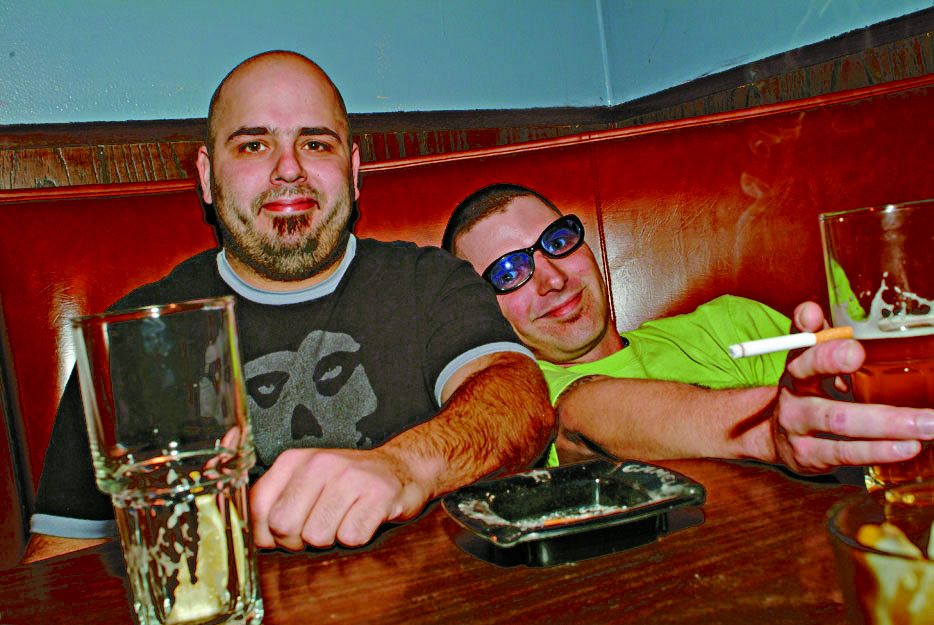 December’s Localized is an Ogden showcase. Although all of the bands play distinctly different music and are obviously from Ogden, none of them, shockingly, are metal. Ghundi will open for Skint and Invisible Rays at Urban Lounge Dec. 10.

Bill and Mike of Invisible Rays drove all the way down from Ogden for this interview and I was so hungover from seeing Skint the night before I could barely formulate questions. Thankfully, the two of the were rather garrulous lads. They met us at Todd’s Bar and Grill and got a pitcher of beer before settling into a booth.

“We’ve been playing together in The Igniters since the early 90s, but this band has been together for a year, almost exactly,” Bill says. They describe themselves as minimalist rock. There is no guitar in their band, so by default, they are minimalist.

“I’ve just always wanted to be in a band with no guitar. I’ve been in so many bands with guitars,” Mike, who plays bass for The Debonairs, tells us. So he and Bill formed a band that would no longer be dominated by the Spanish destroyer. “We wanted to mix it up a little. None of us are really talented. A lot of minimalism and basic cave rock.” They’ve been compared to Devo pretty often, evidently, Mike’s got a bit of southern twang to his speech and more than once, he spoke about his home state of Ohio. Included in his reminiscees, he told us about the tiny and inbred town of Xenia.

The keyboardist, Heidi Belka, has never been in another band, but has lots of experience performing. She couldn’t make it to the interview because she was stripping for preparing to do so or finishing having done so in Las Vegas. In addition professionally beautiful, Heidi is married to Josh of The Debonairs, a relationship which attests to how tiny Ogden is. Ogden also has a terrible mayor, or so the two boys tell me as they lament the loss of the street fair and the condition of the police force. For a town that I have been to twice and only for a few hours each, I now know all of the major pieces of information about the place.

“I’m really deaf, too much loud music for too many years. Actually, it’s kind of helped me with my singing. Ever since I went partially deaf, I’ve been able to hit the note. Or if it sounds bad, it sounds good to me,” Mike energetically describes his affliction.

At one point, they tell me that their original intent was to be a talentless Smashy Smashy, but instead, became what they are now. What that is, I can’t really say, but I look forward to finding out.