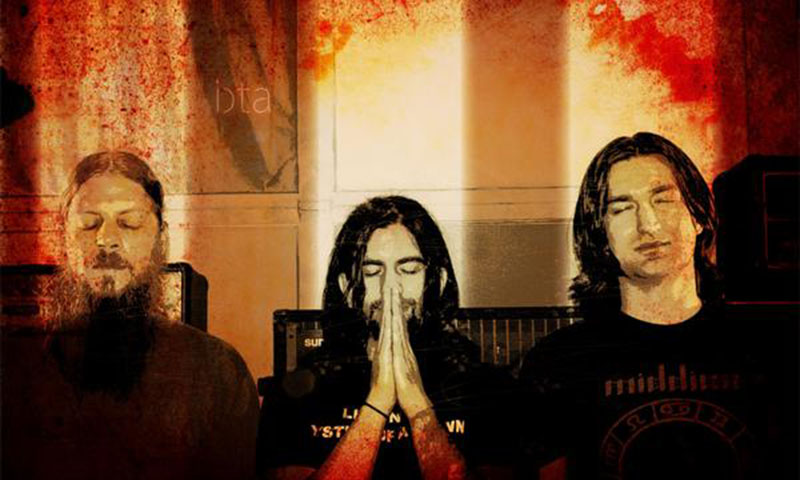 For Localized in the month of August, SLUG brings you four-letter word bands who go by their first names only. I have a tendency not to trust people who won’t tell you their last name, and I intend to stick to that. I suggest that you do the same. Fittingly, Localized falls on Friday the 13th this month, and will take place at the Urban Lounge, 241 South 500 East. The Urban Lounge is a private club for members only.

Russel and I met Iota at Brewvies. By the time we arrived to meet the band, Rez was trashed and the extent of that became more and more evident as the evening progressed. The three members of Iota have been together as a band for two years. During that time, they have played few shows, preferring to jam together in their practice space rather than subject a crowd to their deafening and inscrutable music. I’ve noticed that a group of straight men together have a tendency to engage in homoerotic humor. Iota was no exception to this rule and Rez routinely interjected into the conversation comments to his bandmate about how beautiful he thought he was.

“We’re going to start playing a little more. The style of music that we play…you can’t dance to it, you can’t mosh to it, punks don’t like us, and it’s too loud for anybody else. We have friends who come out and support us, but that’s about it.” Joey explains. “It’s so loud that people have to go outside.”

They have a song about a cat. Jason found a kitten in the middle of the road. He took it in and nursed it back to health and cared for it. And it pissed and shit allover his house. Although he clearly has gone to some effort to write the lyrics to this particular cat-related song, the vocals are incoherent when they play. I anticipate that when they perform on Friday, they will not tell you what song they are about to play and you won’t be able to understand it, either. They don’t stress a stage presence [“We aren’t there to tell fucking jokes. We’re there to fucking play,” Joey says] and evidently, they don’t like to discuss things with the audience. They have no jokes to tell.

“We kind of do repetitive trance-like psychedelic music,” Joey and Jason jointly explain to me. “A lot of weird noise, fuzz and strange sounds. There’s a little sampling on the album, but not live.” They interrupt themselves to say that they want to beat the shit out of so-and-so, and they do this many times. When I listen to the tape after the interview, I can’t hear who these poor unfortunates are that deserve the wrath of Iota over the fuzz.
Bring earplugs.