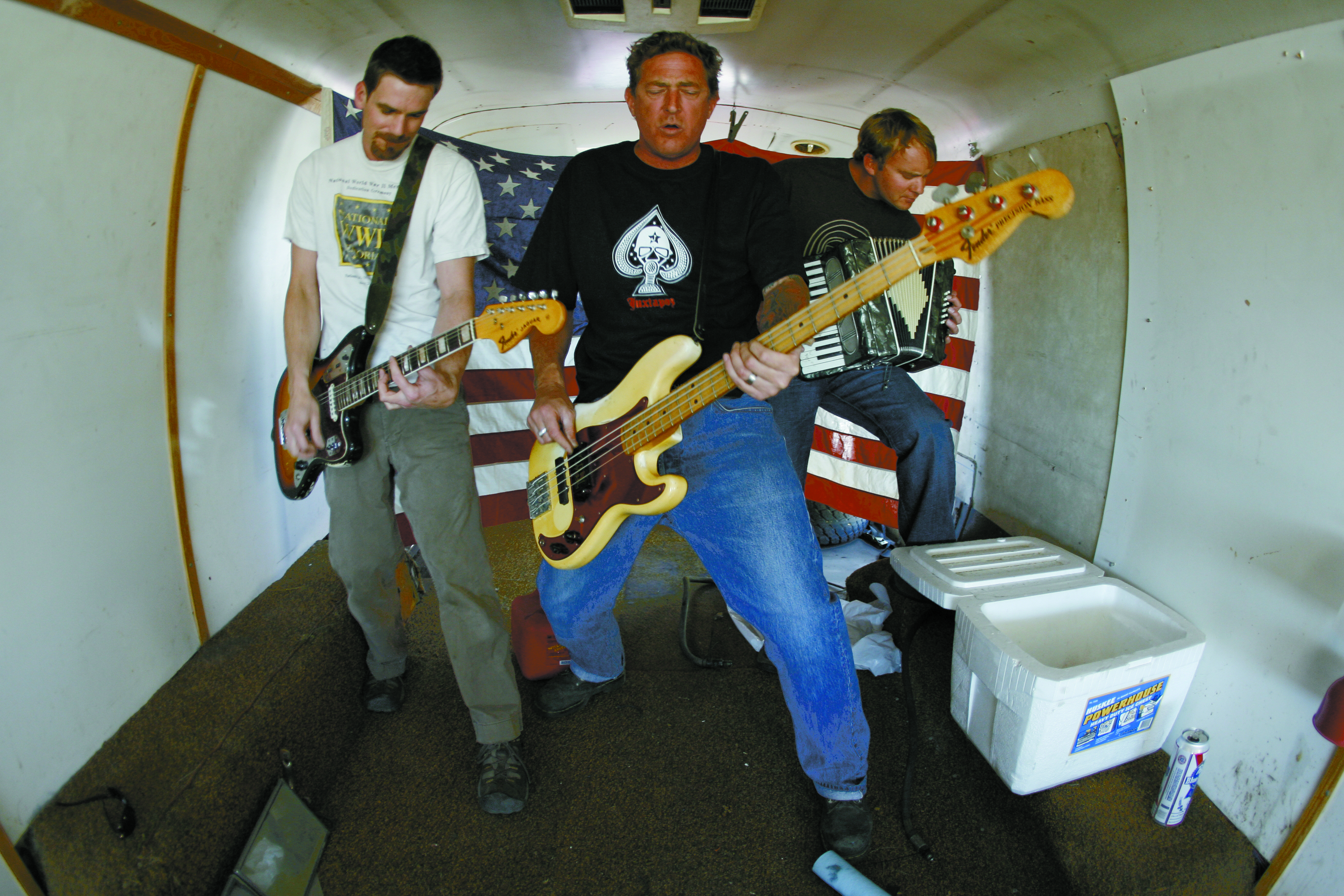 Localized is a monthly music showcase held the second Friday of every month at the Urban Lounge. This months Localized will be held on Friday the 13th and will feature Junta Deville, Spooky Deville and opening band Dubbed.

Junta Deville have only been together for two years, but their current distaste for corrupt politics and anger towards our government began years ago in Spock’s early punk incarnations. Living in San Francisco, his bands Carnage and House of Wheels opened for TSOL, Dead Kennedys, 7 Seconds and even Jane’s Addiction. While those groups certainly influence Junta Deville—especially the vocals, which at times sound like Jello Biafra’s—they don’t carry on with the confrontational, in-your-face attitude. Nor do they name drop to give them the “cult status like it is now for punk bands. Back then you just saw bands you were into.” Further inspiration comes from non-musicians like Aldous Huxley, Kurt Vonnegut Jr and President Eisenhower. Junta Deville’s songs are socially conscious without out being preachy. “Our songs are more lyrical like reading a story. Pay attention to the lyrics and you might learn something if you’re not careful,” Spock said.

Did you know that KBR [subsidiary of Halliburton, and the largest non-union construction company in the US] is building the American Embassy in Iraq bigger than the Vatican? Spock told me this and continued on his rant. “It’s not about Iraqi freedom; it’s about money in people’s pockets.” He encourages others to look to the source: www.followthemoney.org. It’s a machine that’s out of control. The money is too lucrative. “Corporatocracy,” as Clint calls it.

Spock is quick to restate that they’re not too confrontational. Listening to their demo (which they burn to give away freely, no label to stop them), you can hear the frustration of a “rock ‘n roll band with augmented chords”. Rock ‘n Roll that sounds like The Stooges, Television, Sonic Youth and a bit of John Densmore (The Doors).

The only thing missing from their lives is a permanent drummer. It doesn’t hinder them from recording though (they use a session drummer) or wanting to recreate the feeling of shows at The Speedway Cafe. Catch them at the Urban Lounge on Fri., 13 before they play a few shows in San Francisco.