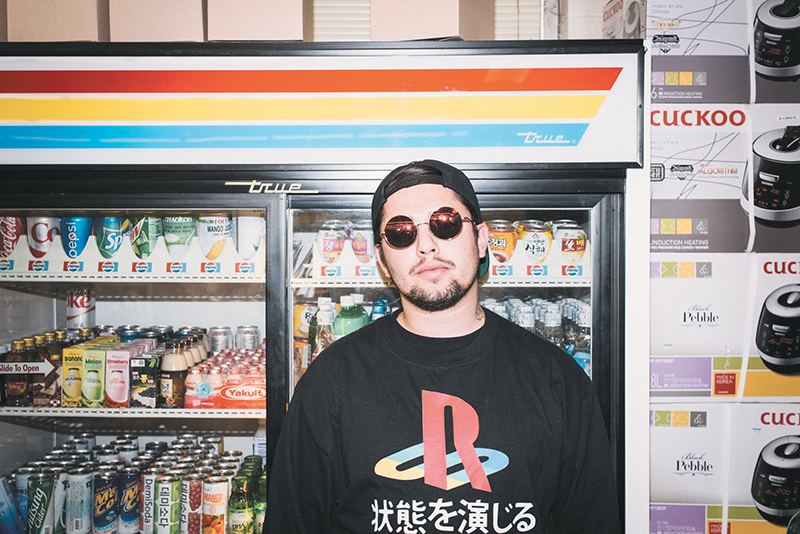 SLUG’s August Localized happens on Aug. 18, and it will be the perfect after-party for the Pusha-T and Digable Planets Twilight Concert Series show. As usual, Localized is free and will take place at Urban Lounge. The show is 21+ and doors open at 9 p.m. Featuring several big names in the local hip-hop scene, the show kicks off with Erasole James of Dine Krew, followed by SLC emcee Dumb Luck and topped off by local producer and DJ Khensu. The event is sponsored by local music supporters Uinta Brewing Co., High West Distillery, KRCL 90.9FM and Spilt Ink SLC. As always, SLUG Localized is a perfect way to support local music, keeping the vibrant culture of Salt Lake City alive and strong.

Khensu, aka Diego Sosa, has been producing a mix of hip-hop and electronic music for four strong years and has recently gained momentum over the past few months. Hailing from Salt Lake City, the music he creates is a melting pot of sounds and styles. His beats are down-tempo and enticing, luring the listener in with deep bass lines, unrelenting hi-hats and snare drums. Drawing influence from a wide variety of sources, Khensu has created a sound that is unlike other producers’ in both the electronic music scene and the hip-hop world.

A sushi chef by day, Khensu likes to dub his music as such—sushi-wave. “I would describe my music as ambient, worldly based music,” he says. “I like to take different cultures and digest them, making them my own.” Khensu draws inspiration from all over the world but seems to be particularly influenced by Japanese and Middle Eastern styles, which are reflected in the soundscape of his music, his videos and his cover art. Khensu also draws inspiration from internet culture, aesthetics and art, as well as from his passion for making and plating sushi.

Like many producers, Khensu grew up on hip-hop music and was always enticed by the beats and how they were created. After getting into instrumental hip-hop, he decided that he would create his own music and began to work on and study beat-making. Fast-forward a little, and Khensu has begun to perfect his craft and find a specific niche for himself.

Earlier this year in March, Khensu won an “Editor’s Pick” award for a beat battle hosted by the streetwear company Mishka. He submitted a song entitled “K O K I R I F O R E S T,” and it quickly gained popularity on SoundCloud. Mishka, on top of being a respected clothing company, is known for giving rapper Danny Brown his big break and helping artists get recognized for their work. Since the award, Khensu has been on his grind—he released an EP entitled O m a k a s e shortly after winning his first beat battle. He plans to release another EP in the next couple of months and to tour with his crew Bando, which features local DJs and producers X&G and Aztec.

Khensu brings his unique perspective to two different genres simultaneously. “I don’t like to dwell on the EDM categories,” he says. “I like to listen to lo-fi hip-hop beats, really hazy stuff.  I produced dubstep music for a year and a half, but when I started to make music that was my own, that’s when things started to pick up for me.” Khensu has collaborated with several local Salt Lake City rappers, producing beats for Dusk, Swell Merchants and Erasole James. In addition to creating more solo work, he also hopes to one day produce for bigger names in hip-hop music, including Keith Ape, Action Bronson and A$AP Mob.

When asked what he hopes to accomplish with his art, Khensu says, “When people listen to my music, I want to take them places. I want to inspire them. I have had people who inspired me to create, and I want to be someone who sets that example.” The passion that goes into each and every Khensu track is clear. Each sound and bass drop is carefully crafted and made with love.  Like the sushi he rolls, each work is a mix of ingredients that all come together in one delicious song, taking the listener on a journey through culture and positive vibes.

Due to his recent surge in success, Khensu has gotten the opportunity to open for artists like Josh Pan, who is currently signed to the OWSLA record label, and more recently, he performed at the Utah Arts Festival. In the near future, after releasing his next EP and touring with X&G and Aztec, Khensu hopes to further broaden his artistic scope and fanbase. Keep on the lookout for Khensu’s new EP and check him out on soundcloud.com/khensu.