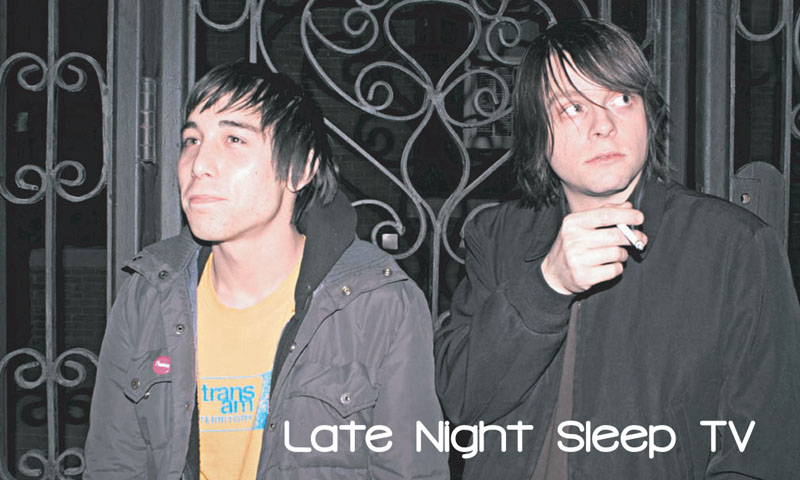 For February, we at SLUG express our deep love for synthesizers at Localized. This love can be witnessed the second Friday of February at the Urban Lounge, a private club.

Tuesday evening they have pitcher specials for students at the Desert Edge Pub and Brewery, so Paul Burke suggested that we meet there after I suggested some beerless coffee shop.

“We’ve played in my basement, at Monk’s, and house parties,” Paul says. “We’ve only been together for a month, so we’ve only performed a few times.” Paul had been writing the songs for years without any intention of performing them. They didn’t fit well with his former band, The Downers, so he waited till now to play them. The name for the band was inspired by Genesis P. Orridge, the front man of the bizarre band Throbbing Gristle.

Bryce sips in a timorous manner at his beer, and by the end of the night he has only had about half a glass. He explains that he doesn’t have the enzyme which metabolizes alcohol, and many other Asians don’t, either. I have no idea if this is true or not. Despite having only been together for a month, they already have a demo recorded, and they intend to bring a few of those to Localized, in addition to some new stuff. They have the ability to do this because they have a studio in their basement. It’s OK to dance to Late Night Sleep TV, and they encourage you to do so. The lack of dancing is why they dislike playing in bars and prefer to play house parties and all-ages shows. The fear of losing your beer prevents so many people from dancing. “Watch Footloose,” Paul exhorts hipsters.

They describe themselves as being “neo-dance pop,” but their fan club years from now will describe them as among the first of the New Unusual movement. During this explanation, Bryce gets up to answer the first of many cell-phone calls, each call punctuated with a remark as to how very important this particular call is.

“All the new stuff is going to be me and Bryce,” says Paul. “We’ve started a lot of new tracks. Instead of it just being me working on these songs solo, now it’s going to be Bryce helping me out,” Paul says. “What I like about Late Night Sleep TV is that I don’t really strain my voice. It’s lower and … stranger; monotone.”