00:00 / 20:24
Spotify Stitcher
RSS Feed
Share
Link
Embed
For those of you who hold onto antiquated ideas regarding country music, this month’s edition of Localized will make you rethink your assumptions. Both The Folka Dots and Triggers & Slips have been around the Salt Lake scene for a couple of years now, and on Oct. 13, they’ll deliver a night of music filled with everything from country-rock to bluegrass, folk and blues. The music starts with the folk-informed doo-wop of Bullets & Belles at 9 p.m. at the Urban Lounge (21+), and just $5 gets you in. 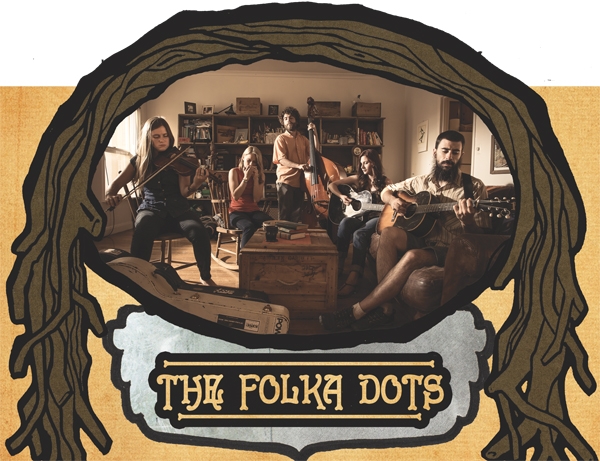 For those of you who hold onto antiquated ideas regarding country music, this month’s edition of Localized will make you rethink your assumptions. Both The Folka Dots and Triggers & Slips have been around the Salt Lake scene for a couple of years now, and on Oct. 13, they’ll deliver a night of music filled with everything from country-rock to bluegrass, folk and blues. The music starts with the folk-informed doo-wop of Bullets & Belles at 9 p.m. at the Urban Lounge (21+), and just $5 gets you in.

When The Folka Dots originally formed nearly two years ago as a trio made up of Marie Bradshaw, Kiki Sieger and Corinne Gentry, they used the band as merely an excuse to hang out with each other and have a good time. With the additions of Brian Manecke and Bronk Onion, the quintet have created an increasing amount of buzz around the local scene over the past year, which will likely continue to grow with the release of their second album this fall. Before forming The Folka Dots in late 2010, Bradshaw was playing in her own group, the Marie Bradshaw Band, but began to feel that it was becoming more of a job. “I started getting a little bit more into country music, bluegrass and folk, so I started a little country cover band,” says Bradshaw. “Kiki, who’s my sister, [and I] have been singing together for a long time, so I asked her to come sing with us. We were just doing Patsy Cline and Hank Williams covers, and then it evolved to where we were writing our own music.”

After Manecke and Onion joined the band the following spring, the group quickly hit the studio and released their debut album, Down Below, in May of 2011. Although it’s easy to hear the band’s influence from early country groups such as the Carter Family, The Folka Dots have a 21st Century flair to their sound, with Bradshaw playing instruments such as the ukulele, as well as Manecke’s unorthodox banjo playing. “I think I play the banjo a little strangely,” says Manecke. “What I try to do is play little hooks and licks that add to the song, but they aren’t in your face either.” In addition to the banjo, Manecke also plays guitar and switches off bass duties with Onion, who adds another unique sound with his resonator guitar. “I think our style has vastly grown. It started out as something pretty specific, and it’s kind of snowballed into something where our music is anything from blues to folk, to country and Americana,” says Gentry, who plays violin in the group.

Aside from the instruments they play, The Folka Dots are impressive with their voices, singing three-part harmonies, reminiscent of Crosby, Stills and Nash. “It comes surprisingly naturally,” Seiger says with a laugh. Bradshaw and Seiger say they grew up singing with one another, which, in turn, has made things a lot easier when it comes to singing in harmony. The group says the hardest part isn’t necessarily the actual singing, but rather just sorting out which part, low or high, each person takes. “There are times when we have to sing a capella and figure out what we’re all doing,” says Bradshaw.  Gentry adds, “It’s kind of like you trust each other with the harmonies. We listen to each other and it locks in.”

Some of the highlights for the band, so far, include opening for musician Neko Case in June, as well as appearing on KUER’s RadioWest. The band cites the latter as having been especially helpful in attracting new listeners to their music. “We still hear people [say they first heard] us on RadioWest, so we were really grateful for the opportunity to do that,” says Sieger. Even though the band appreciates the exposure they received from their appearance on the radio, it doesn’t compare to the feeling of playing in front of a live crowd. “One of the best things about playing music is seeing other people enjoy what you like and what you have to offer,” says Gentry. “We give every show our all, but when there are good vibes [from the audience] and you can tell that they’re enjoying it, it makes you want to give even more of yourself and play harder.”

The Folka Dots have also been busy in the studio, where they have recorded a bunch of new material. “It’s turning into a double LP really quick,” Manecke jokes. Bradshaw says the new songs feature more of an upbeat style, along with a heavier influence of country music than their debut record. “When we recorded our first album, we had only been playing together for a few weeks. We love the way it turned out, and we’re really proud of it, but we’re excited to see the new album come together,” says Gentry. With the release of the upcoming record, the band is planning a short tour in September, including stops in Arizona and New Mexico. However, Bradshaw says The Folka Dots remain focused on building their growing reputation in the local scene. “Right now, I think we have to keep it close to home so we’re not gone for long stretches of time. But eventually, that’d be really fun to get out there and be gone for weeks at a time.” With the wave of momentum the band is currently riding, it probably won’t be too long before they do just that.