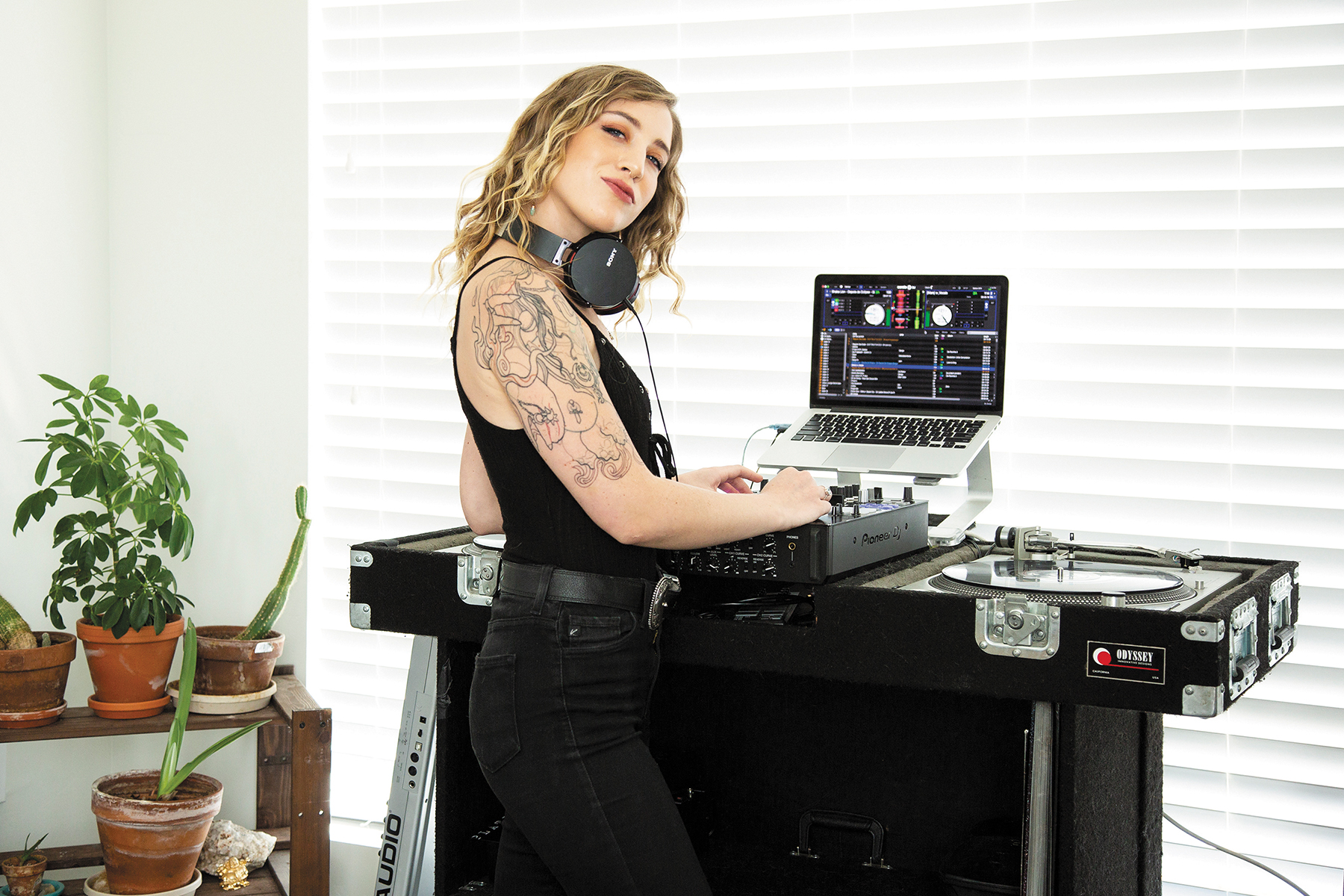 October’s Localized acts are here to inspirit you to get your hands up and your feet onto the dance floor. The night will kick off with Marina Marqueza’s serene performance, followed by a heavy dose of atmosphere created by Alyxandri Jupiter’s spacey brand of electronica-fused hip-hop. Freemind Movement will open your third eye with the introspective and conscious bars packaged in classic hip-hop fashion.

Out of all of the artists I’ve talked to over the years, none have been more ingrained in their particular style of music like Alyxandri Jupiter. Her space-themed blend of electronica and hip-hop sparked at the time she was born. Her father, Chris Wright, is a DJ in the drum and bass scene here in Salt Lake City. Alyxandri says, “He had a lot of gigs out in the desert or warehouse raves. My mom would bring me to a few of the camping raves so I could listen to ‘Daddy’s funky music,’ as I would call it. I was a bass-lover ever since I can remember!” This early influence shines in Jupiter’s latest release, Out of Body Experience, a four-track EP featuring an atmospheric blend of whirling beats and cool-calm vocals.

Jupiter’s start in music began just a few years after she started seeing her dad play gigs in the deserts of Utah. With her interests set and describing herself as “a pretty weird kid,” Alyxandri found herself with a lot of time to focus on her music. “[I] was not a big hit with the LDS kids in the private schools I was attending, or [with] their parents. So, that led to a lot of alone time to put into music.” Being “a pretty weird kid” may have been the chemical-X of the creative, genre-bending act that became Alyxandri Jupiter. She plays with all kinds of styles of music in her discography, bouncing from jazz influences to house beats and ’80s-pop vocal aesthetics. “The music I make really depends on my mood.”

Jupiter’s pursuit of a career in music would take some time to come to fruition, especially as she moved to Hawaii. While there, she had a good setup for performing and started her own dance company. Due to the size of the Big Island, she felt that there wasn’t a lot of room or opportunity to grow. Jupiter’s decision to come back to Utah and pursue music came is a sort of spiritual sign. Jupiter says, “I was thinking about moving back to SLC to really give this music-career thing a chance. Right then a giant, white pueo [Hawaiian owl] flew at my window, spread its wings and looked me straight in the eye. It happened so fast, but it’s like time just stopped. We both agreed that it was a sign. That night, I looked at my amakua [spirit animal] tarot cards for the pueo meaning. Right there in front of me, it said, ‘If you’ve been neglecting a certain skill set or ability, you need to act now, or you are in danger of losing that.” Seemingly writing in the stars, Jupiter took that sign and bought a plane ticket back to Utah, where she was able to allow her career to open up more and join the Salt Lake City scene.

With her move, Jupiter expects her sound to change hand in hand with her change in scenery. “The last EP that I released was Out of Body Experience. I was in a very artistic, abstract place after dabbling in the psychedelic realm and living in such a magical place as Hawaii.” She continues to say that her current and upcoming work will have more of a hip-hop influence compared to here earlier, more electronica- sounding tracks. “The songs I’ve been writing lately are much more grounded and personal,” she says. “I definitely think It’s going to be a huge shock and change to my listeners.”

One thing that Jupiter will keep as a constant is the cosmic aesthetic. “I think a lot about creation and all the answers wrapped in the stars. Also, my middle name is Jupiter, so it would be a ‘diss’ to the powers that be if I didn’t use that moniker.” She explains that Jupiter is the planet of luck and creative thinking, but she leaves it up to interpretation whether names give meaning or if they are just coincidence. Talking about the stars, naturally, I have to ask if Jupiter thinks we are alone in the universe. “I really hope there are aliens out there! The idea of aliens and other worlds is so fun.” She then dives into telling me about the Law of Conservation and how that easily melds in with the ideas of extraterrestrials. “If there are other planets and aliens out there, there is hope that my soul could go on to other planets with different scenery, social establishments, bodies, etc. As long as they still create and value music, art and love, sign me up. I love that idea.”

Localized has always stood as an amazing platform to showcase Utah’s local music scene, and from making the move back to Utah, Jupiter seems to embody the spirit that Localized celebrates month after month. Alyxandri is bound to bring something exciting to the table, so expect to hear high-caliber and high-quality house/ electronica/hip-hop at SLUG’s Localized at Urban Lounge on Oct. 24.