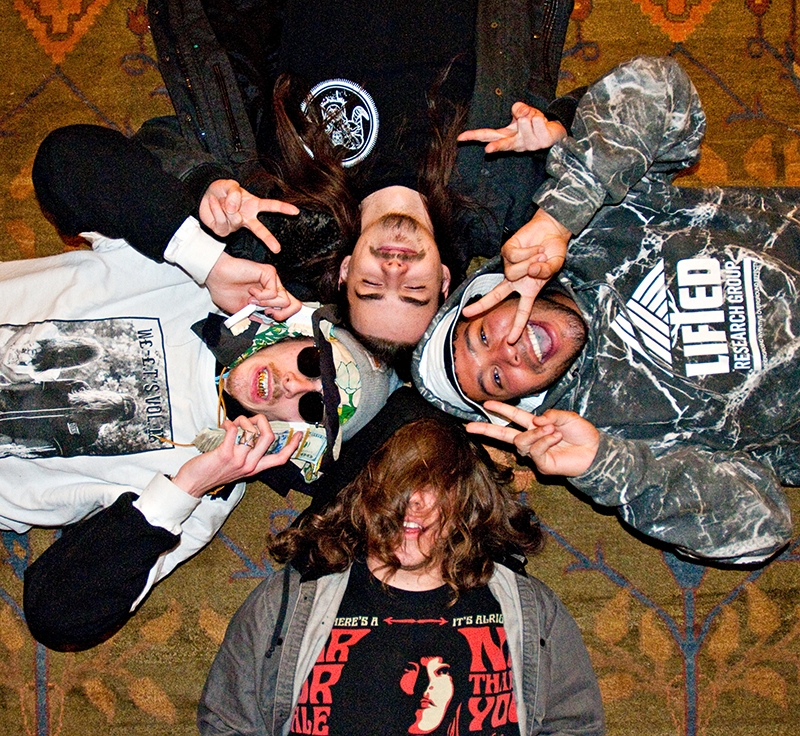 If hip-hop in Salt Lake is something you’ve never experienced, look no further than April’s Localized, sponsored by Uinta Brewing Co., KRCL 90.9 FM and Spilt Ink SLC. This month’s lineup is solid through and through, starting with Swell Merchants and the Dine Krew, who will lay some groovy tracks down to get you hyped for Better Taste Bureau. You might just find yourself jumping up and down to their fresh flow. As always, $5 gets you in, so load up the van and get down to Urban Lounge, Saturday, April 18 at 10 p.m.

It’s not unusual for a group of teenagers to spend long stretches of time in their parents’ basement, eating ramen noodles and staring at some sort of a screen while vaguely recognizable jams bump in the background. Generally, these hangouts don’t equate to much other than high scores on Mario Kart, but Dine Krew took their adolescent experiments and ideas and painted that shit gold, so to speak. At some point during their high school years, they discovered the infinite creative possibilities of making music on a computer and started collaborating on beats. They’ve been cranking them out ever since, adding words and flow about their experiences in the Saltiest City.

“It kind of slowly developed and came to be from nights where we were all just hanging out. We were actually making a MySpace page when it came together as a real thing,” says Shelby Washington, laughing and adding, “We’re a good group of friends who just happen to make hip-hop.” Harrison Montgomery chimes in to say, “and if we didn’t make hip-hop, we’d just be a good group of friends.”

The Krew write songs collaboratively, but they have no hesitation in crediting Andrew Piccolo for the bulk of their beats and the true meat of their music. Inspired by J Dilla, world music and reggae, Piccolo digs funky, relaxed melodies and is skilled at weaving together his own creations—though he jokingly admits that he also draws from, “Mariah Carey, Shania Twain and Babymetal.” The other members will throw some flow on top of what Piccolo lays down when the inspiration strikes, but it’s a low-pressure, revolving-door dynamic. Their tracks have a subtle jazzy underbelly and a slow-dripping honey pace with enough variety in sample use and tension-building to make listening easy and enjoyable. Lyrically, the Krew deliver words that are culturally relevant to their hometown without being bland or in bad taste. As Montgomery says, “I rap because it makes me crazy if I don’t.”

For Dine Krew, nearly all the aspects of their current musical status seemed to fall into place without much predetermining thought or action. As mentioned, making music in the first place was an arbitrary way to pass time together that eventually grew into a full-time group hobby. Hip-hop, as a genre, lent itself to their laid-back approach to creating and collaborating, but more than that, it was simply what they were listening to at the time. When they began putting themselves together and playing shows, it didn’t seem far removed from nights where they kicked back on the front porch and tried out some freestyles for fun. Perhaps the most intriguing and motivating factor for Dine Krew in becoming a group was the community that it fosters.

“You only get out of Dine if you die or join the military,” says Stefan Shelton, and though they all have a hearty laugh about that, Washington goes on to describe how anyone who has even been a part of Dine will always remain so, whether it be close friends, fans from shows or random people on the Internet who listen to their work. These folks are fondly dubbed,“Dine Fam,” and the Krew hopes that by continuing to create, the Dine Fam will grow stronger. Montgomery describes the brotherhood he has with his bandmates another way by saying, “We’re like a symbiotic organism, and we plan to live happily ever after.”

While there is a level of sentiment acting as a catalyst for their hip-hop, there is an equally present force driving them—to have a good time. The Krew thrive off of a crowd that will get rowdy when they throw peanut butter and jelly sandwiches from the stage or that eggs them on as they perform a “Dine and Dash,” in which they run onto another band’s set in masks and briefly take over. “We have performed sets before where Harrison and I will set up big, comfy armchairs at the bar and just mellow flowed back and forth,” says Washington. No matter which way they choose to go about it, their intention is to elicit laughs and camaraderie.

It’s been about a year since their last EP release, We-E.T.’s, but rest assured that the Krew are kicking around ideas for the next one. Their process dictates roping in all ideas from all members and working it into a unanimous piece. “It’s a mess,” proclaims Piccolo as Washington adds that, “It’ll slide into where it needs to go.” Given their past, it’s fair to say that they’ll come up with something that will catch attention one way or another.

The Krew’s music can be found at piccolo.bandcamp.com, and while you’re at it, swing by bettertastebureau.com to stay educated on all things good in Salt Lake hip-hop. Dine Krew and Better Taste Bureau will be ready with some original 801 flow at SLUG’s Localized, April 18 at Urban Lounge.