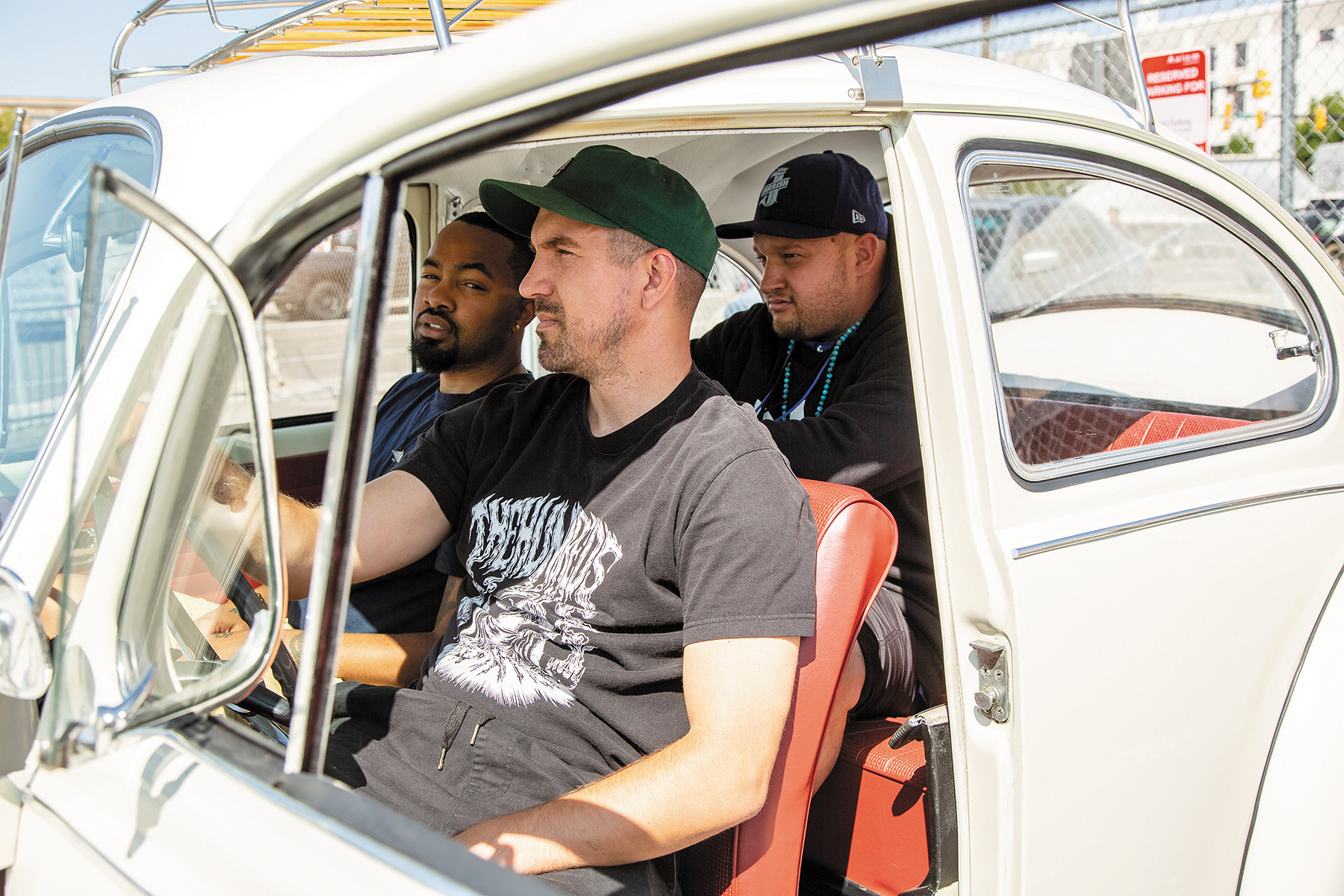 October’s Localized acts are here to inspirit you to get your hands up and your feet onto the dance floor. The night will kick off with Marina Marqueza’s serene performance, followed by a heavy dose of atmosphere created by Alyxandri Jupiter’s spacey brand of electronica-fused hip-hop. Freemind Movement will open your third eye with the introspective and conscious bars packaged in classic hip-hop fashion.

In the grand scheme of hip-hop as a genre, it seems that a lot of individuals think that it has fallen to the wayside of lean sippin’, face-tattooed kids who don’t annunciate when they speak—but this blanket view on the genre couldn’t be further from the truth. Salt Lake City hip-hop group Freemind Movement stay true to their name with their brand of conscious and insightful bars over a more traditional styles of production and instrumentation. Their last release, Saint Villian, was their way to disrupt the digital age with tracks that speak to government corruption as well as to themes of life and mortality. Freemind Movement’s sound could be summed up by saying they channel what resonates strongest from classic hip-hop. Add a dash of modern touches such as elements of trap, and Freemind Movement creates original sound for the modern hip-hop listener.

Freemind Movement are able to mesh all of these styles and themes together with the benefits of having three different points of view from their members. SUUNDAii (Marcus Baker) is a Southern California native who originally grew up not being allowed to listen to hip-hop until he was shown Common’s Like Water for Chocolate by a school friend. SUNDAii thinks of his place in the group as the wildcard. “Seeing that I rap and sing, I’m always looking for ways to push the envelope all in the name of art, definitely the free spirit of the group,” SUNDAii says about his place in Freemind Movement. Mycon (Bryan Anderson) adds a bit more stability to the group acting as the “rational one.” “We call him ‘the brain,’” SUNDAii says. “He hears things most people don’t, and when he raps, it’s like listening to a poet.” Mycon grew up in a household full of music, with punk and hip-hop resonating with him most. “My mom sang and played piano, and my siblings played instruments,” he says. Mycon lives up to his reputation as “The Brain,” keeping his finger on the pulse of hiphop and looking out for new artists and styles. “I was/am always on the hunt for under-discovered artists who take risks and approach their music unconventionally,” Mycon says about his taste in music and hip-hop in particular. The final member of Freemind Movement is Imij (Jim Benedict), known in the group as the “Frontline Solider.” “Imij’s style is very smooth, and he has a knack for stringing sentences together,” Mycon says. Imij grew up wanting a be a musician, was influenced by his father and rapped with his brother in high school.

Talking with Freemind Movement, I get a sense of how in sync they are with one another. That connection has been there since before Freemind Movement was a thought. “Mycon and Imij were already in a group (Broken Silence), and when I first moved out here from California, we linked up, made a couple of songs and decided we were on to something good,” SUNDAii says. “It’s been the movement ever since.” After deciding that their chemistry was apparent, they made their group official and released their first single in 2016. Their process in creating new music stems from this organic bond these three have created. Mycon says of their creative process, “We try to keep the core part of our process the same every time—it’s what happened in the beginning naturally, and it still gives us our most authentic approach to new projects. It starts with a concept or a new instrumental, then someone will write something and share it with the group.” From there, the group will harness the momentum that carries their energy through the track and their lyrics.

Freemind Movement are all about the local culture as well, proudly representing the local hip-hop scene and wanting success for others around them. “Representing Utah through art is important because it shows people that we have talented and diverse artists here,” Mycon says. “It’s a sleeper city that has a cliché reputation surrounding it, so it’s satisfying to change people’s perception.” SUNDAii goes deeper with what being an underground act means to him: “To be an underground artist, to me, means you have an organic fanbase. People accept you for you and not a gimmick you created.”

Freemind Movement is up for a busy few months, with SUNDAii releasing a solo album, Freemind Movement being in the later stages of releasing their album Phases (due to drop mid-November) and killing the stage at SLUG’s Localized at Urban Lounge on Oct. 24. Come check out some of the best hip-hop SLC has to offer.

Keep in touch with Freemind Movement by following the group and its members: On Instagram @freemindmvmt is: Bryan Anderson, “Mycon” (@mroneup); Marcus Baker, “Sundaii” (@sundaii_); and Jim Benedict, “Imij” (@imij435).