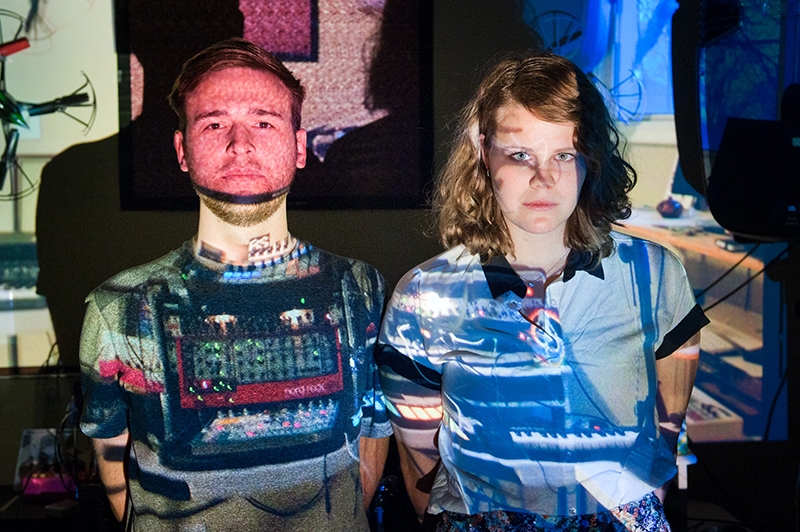 This month’s Localized is going to be an auditory treat. Starting off the night, Blade will open with some killer ambient improv soundscapes. Expect to get groovy with the chiptune, foot-working sounds of RS2090. The night will end in a crescendo of intricate loops and craftily selected samples by master of sound Mooninite. Stop by Urban Lounge March 13 at 10 p.m. for just $5, sponsored by Uinta Brewing Co., KRCL 90.9FM and Spilt Ink SLC.

Shrouded in layers of intricate mystery, Sean Ivins (RS2090) is unquestionably an enigma. I had the pleasure of sitting down with him one evening, but the more I focused on him, the harder he deflected my questioning and turned everything back to focus on the music. I might not have been able to procure much information about the man behind the name, but one thing is certain—on the record and off, RS2090 is an artist that quietly demands attention and respect for his contributions to the electronic scene.

RS2090 has been involved in the musical community for the last decade. “I did things in the Provo scene for years and years,” he says. “When I first saw Karl Jørgensen play, I was probably only 13 to 14 years old. Probably two weeks after I saw him, I went to where he worked and asked what I needed to start doing what he was doing. He’s always been a sort of mentor for me and a springboard for ideas.” He picked up a Korg Electribe and an ER1 and got to work in his basement—his music has been influenced by Jørgensen ever since.

For Ivins, RS2090 started with his love of technology. “I like making machines talk to other machines—analog to digital,” he says. “I started off using only hardware. I was strictly anti-software of any kind.” But that attitude changed while listening to Mux Mool. “He was making awesome stuff that was blowing my hardware out of the water,” Ivins says. That got him wondering why he wasn’t utilizing more technology to enhance his already unique sound. “I realized it was a completely artificial distinction,” he says. Now, he’s working hard to transform his setup to something more mobile and accessible. The transition has made a huge difference in the way he approaches his ambient, futuristic sound.

Ivins has been a part of multiple projects, but ultimately, he prefers working alone. RS2090’s sound fluctuates between chiptune, hip-hop, house, footwork and vaporwave and is brimming with classic drum samples that he crafts using old drum machines. Ivins says that this technique helps give his music a classic aesthetic and gives people a reference to what he’s trying to do. RS2090’s tracks feature unusual audio clips that he pulls off cassettes dug up from the D.I. or gifted to him. He’ll spend hours perusing tapes and grabbing samples. They’re crucial and add a distinct nostalgic flavor. “I want you to notice,” he says, “not necessarily to hear something you’ve never heard, but for a moment, I want you to decide how you feel about it. If you don’t like a song, that’s just as important. That’s sometimes the point. If someone is feeling something, then I’ve done my job.” He knows what he’s doing, and it’s impressive.

RS2090 couldn’t care less about impressing anyone, though. “Fuck being an entertainer,” he says. “That’s the last thing I want to do. We all share the same energy, and we all share the same experience of right now. What the artist can do is give everyone a canvas for their own reaction. To just share that one moment where you’re all there in a rad set and the visuals are cool, and the people next to you are cool, and the sound is great. There’s something there that’s really important.” I agree. He’s working hard to create something that can be revisited decades later while still maintaining its luster. He hopes to have an album released on Hel Audio within the next few months and is already working hard on the album artwork. With the assistance of the beautiful Swayze Hansen, his fiancée who also creates and runs the visual aspect of his shows, they’re taking live performing to a whole other level. “Hel is more than just music,” he says. “There’s a visual element and a handful of artists like Internet Explorers, Allan Ludwig, etc. People are here—you just gotta find them and create a space to feel excited about the music.”

RS2090, with the help of Hel Audio, is doing a remarkable job dragging artists out of the shadows and into the limelight. It’s artists like these who encourage a more thoughtful and inclusive community of electronic music. Attempting to make sustainable art is no easy feat, but I can feel that what RS2090 is doing is more intentional—timeless even. It’s refreshing to be exposed to the calculated chaos of an artist such as this. Groundbreaking and thought-provoking, RS2090 is a true welding of past and future, created to be experienced in the most current of times. Check him out on helaudio.bandcamp.com and on Soundcloud at soundcloud.com/rs2090.