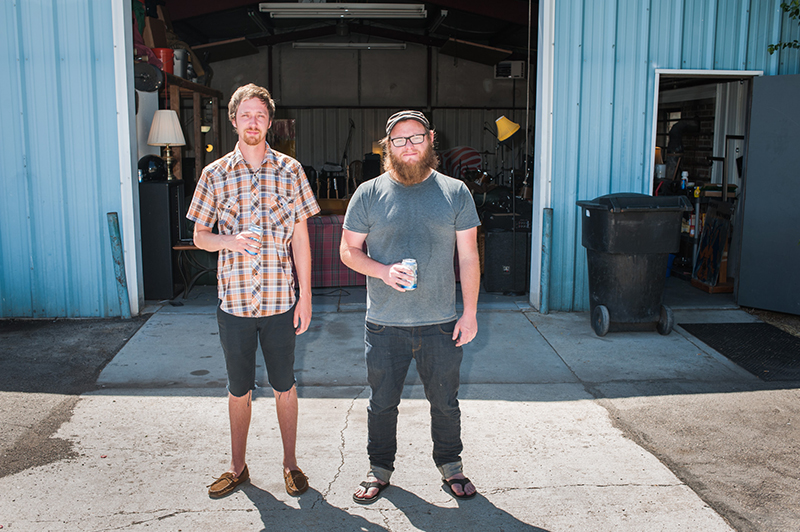 Localized: Temples and The Salt, The Sea and The Sun God

This month’s Localized features the spastic math-pop of Provo’s The Salt, The Sea, and The Sun God, headliner Temples’ sprawling post-rock, and openers Tavaputs. If you have a taste for the slightly obtuse or like to get lost in a wave of sonic overload, then this one is probably for you. The show is Thursday, Sept. 17 at 9 p.m. at Urban Lounge—and is free and sponsored by Uinta Brewing Co., KRCL 90.9 FM and Spilt Ink SLC.

Unfortunately for Temples, when you are making interesting music, people generally want to see you play it live. “Eventually, people were hearing what we were up to … and they were like, ‘Dude you gotta play live,’” says Cordner. “Then it was just a couple of years of nonstop shows and trying to write when we could. It was really nuts ’cause we were playing four or five shows a month at one point.” Now a full-fledged band, the idea of mainly being a studio project was set aside, and the now four-person Temples set to writing their self-titled debut EP, which would eventually turn into their sprawling 80-minute, 15-song debut, Youth. Though it is an incredible accomplishment, given the length and scope of the project, the band admits that it can be a little overwhelming to try and get through. “I can’t really listen to it start to finish anymore,” says Richardson. “I usually just pick one side of it to listen to.” Cordner adds, “When I listen back, I’m like, ‘Holy shit, how did that even materialize?’ There were so many times where we weren’t even sure it was going to happen.”

Initially, the idea for Temples was that it’d be influenced by the Nintendo 64 video game The Legend of Zelda: Ocarina of Time, hence the band’s name. “It’s a concept we latched onto that, at least for me, gave me something to write to,” says Cordner. “Youth is the first half of the game with Young Link, and the next one is going to be darker, heavier, more sludgy post-rock—kind of an antithesis to that, which is Adult Link, the latter half of the game.” Youth was meant to be the first of a two-album concept, but the band doesn’t necessarily want to be limited by the idea. “For me, it’s definitely where we started out, but it’s not necessarily like I’m thinking of this every time I write a riff,” says Richardson.

This darker and heavier direction is hinted at on the new material that Temples are currently working on, exemplified by the song “Dowsing,” which the band has had available on their Bandcamp page in demo form since January. “We’re already kinda working on the next record and have some rough ideas jammed out,” says Cordner. Richardson adds, “I think we’ve always wanted to do different styles for different albums. The first album was like just mashing all of our influences together, and I think with this next one, we wanna get more of our heavies out.”

Since the release of Youth last year, the band has gone through some difficult personnel changes that have led them to sit back a bit and focus more on pursuing Temples as a studio project again. “Since the release of Youth, we got rid of our drummer, and our friend Brett [Barrett] joined up, and we’ve just been working on new material,” says Cordner. “A couple months ago, we decided to stop playing shows as much and actually focus on writing. Somehow, I feel like that’s more important. If you’re constantly releasing stuff on the Internet or just constantly trying to make music, I think that’s better than playing a four-person Bar Deluxe show.”

This renewed focus on writing and stepping back from performing is already bearing fruit for the band. This fall, they plan to have an EP ready for release, including the aforementioned “Dowsing,” which they say will have nothing to do with Youth or the Zelda theme, and following that, they plan to work on what will hopefully end up being a collaborative companion EP that will tend more toward electronic music done with their friends.

Overall, the band is heading in a positive direction, despite some post-album-release growing pains. “With this new stuff we’re coming out with, I feel like we’re more precise and more focused.” says Cordner. “It’s cleaner, I think, and we’re all in a better headspace to wrap our heads around what the fuck we’re doing.”

Find Temples on Facebook at facebook.com/TemplesMusic, and check out their music on Bandcamp at templesmusic1.bandcamp.com.