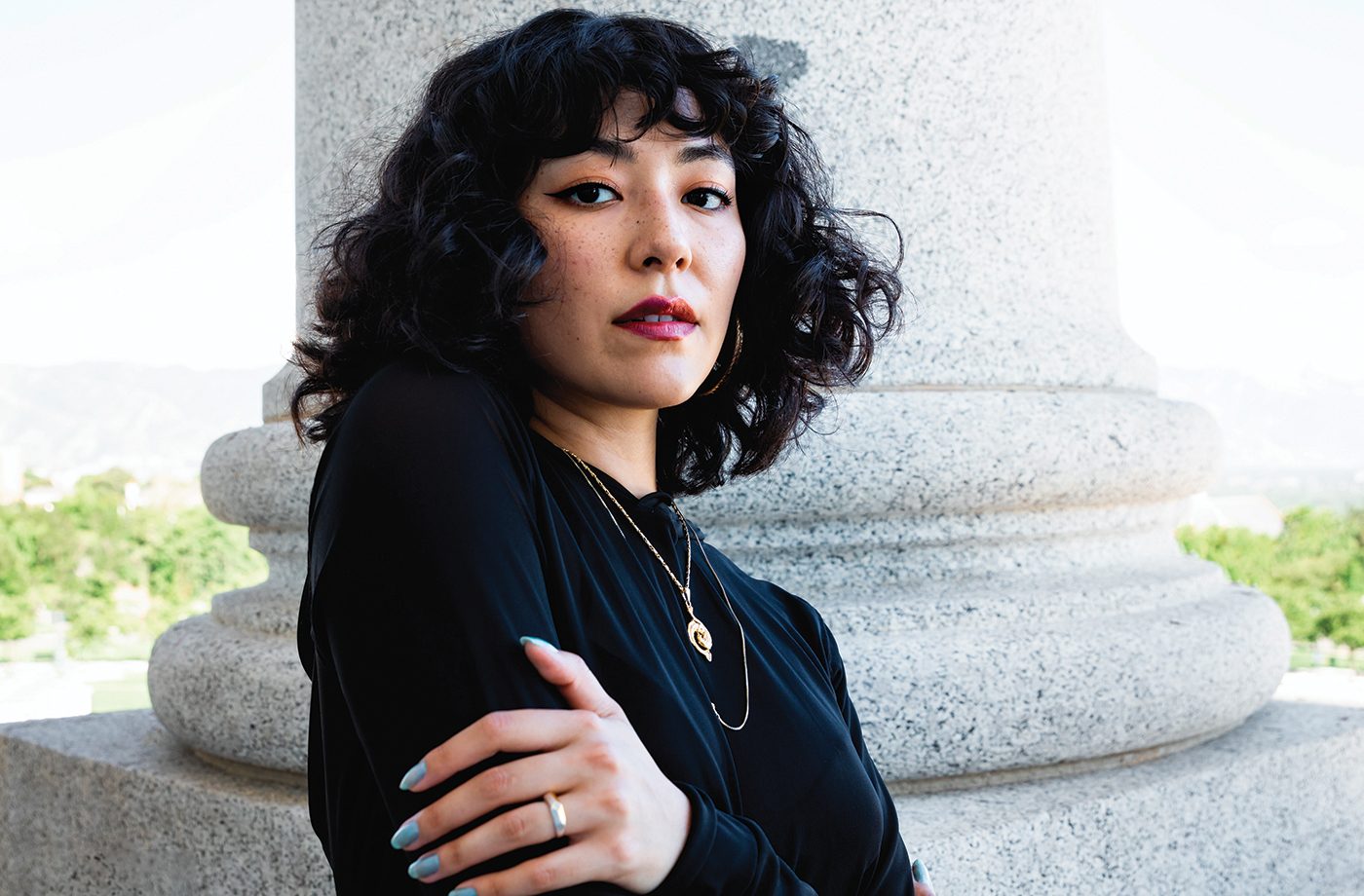 What does it look like to create art that conforms not to the expectations of the world around you but to your own vision of what art should be? Find out at our August SLUG Localized showcase—these three acts’ influences collide onstage to create sounds that are wholly unique and authentic in the truest senses of these words. Opening for Marqueza and June Pastel is Jazzy Olivo, who, true to her name, offers up lively jazz fusion. For a sweaty, sexy, jazzy summer night, join us at Urban Lounge on Thursday, Aug. 15 at 8 p.m. for $5. SLUG Localized is sponsored by Uinta Brewing, High West Distillery, and Spilt Ink SLC.

Marqueza’s debut album, Orbit Pluto, had been a long time coming—Marqueza estimates they put five or six years’ worth of thoughts and ideas into the album, a genre-bending, R&B-influenced love song to those who are marginalized and yearning to be whole. It’s been seven months since the album came out, which Marqueza entirely self-produced. Since then, they have been on a mission to immerse themselves in the local-music landscape, and particularly the spaces that are welcoming to and inclusive of marginalized folks.

As a nonbinary Venezuelan-Japanese artist, Marqueza has used music as a way both to explore their own vulnerability, struggles and successes as a queer artist of color and to reach out to others like them. “As a diaspora child, it never really feels like there are solid answers to anything,” Marqueza says via email. Marqueza grew up moving back and forth between the United States and Japan, and their sense of not wholly belonging in one place infuses their music. “I experimented with genres growing up, playing in every kind of band you can think of, breaking every musical rule I could,” Marqueza says. “My experiences were important, but the difference is now I feel confident in the gray areas I inhabit.”

“I realized the more honest I was in how I present myself to the world, the less worried I became about what other people think of me.”

Fully inhabiting their queerness was an important step on the way to living confidently in that in-between space. Marqueza says, “I realized the more honest I was in how I present myself to the world, the less worried I became about what other people think of me, so now I look inward and create only what feels authentic to me.” Exploring and subverting imposed binaries has always been essential to Marqueza’s work. Orbit Pluto simultaneously enforces and transcends binaries—it’s structured to end and begin on the same words, a kind of mirroring or halving, and is studded with the symbolism of opposing forces, the sun and the moon, while other lyrics speak to the fluidity of the masculine and the feminine.

“My experiences were important, but the difference is now I feel confident in the gray areas I inhabit.”

Marqueza shot their first music video, which was released before the album, over two years ago. This summer, they are exploring and reshaping another song with a new video for “The Matrix.” “I am tapping way back into my childhood, my earliest memories of watching music videos and falling in love with the thrilling amalgamation of performance, visual, acting and, of course, the drama of gender and gender expression on film,” Marqueza says.

If Marqueza is breaking binaries in their videos and genre choices, they are also breaking the rules of performing and creating music. “Although I don’t necessarily create jazz music, the dynamic of creating in the moment, bending musical rules to capture the spirit of something rather than doing something that’s been done before feels inherently queer and radical to me,” Marqueza says. “For that reason, trying to honor my own fluidity by allowing myself to say, ‘Fuck the rules,’ has meant [that] what I create is always honest.”

“I hope to be a part of highlighting the diversity of talent that exists here.”

Music is the one place where Marqueza can be the most vulnerable and the most authentic. “I feel like being vulnerable and in my music gives me an undeniable strength, and I feel the most fulfilled when I am reaching other marginalized people through my art,” they say. Marqueza extends that determination to reach out to other marginalized folks beyond their lyrics, setting boundaries for the kinds of performances and collaborations they are willing to participate in. Marqueza says, “Since I see the shows I play as collaborations, I no longer play on lineups if I feel they are not representational or inclusive of marginalized identities.” Their most recent collaboration was on the Pride stage with Existimos, a local art collective spearheaded by sisters Patricia and Graciela Campos, centered around creating spaces for LGBTQ+ artists of color to perform and create.

Groups like Existimos drive Marqueza forward. “I hope to continue contributing to building a more inclusive network of resources for LGBTQIA+ artists, particularly of color in Salt Lake City,” Marqueza says. “I hope that more people look more critically at their lineups and put some damn intentionality into who they are giving platforms to and who is being left out of the picture.” Their message is one we can—and should—all take to heart. Marqueza says, “I hope to be a part of highlighting the diversity of talent that exists here, affirming through my art and actions that if we truly care about the most marginalized in our society, we need to put our words into action and get serious about the actual work it takes to be truly inclusive in the Salt Lake City music and arts scene, instead of just talking about it.”