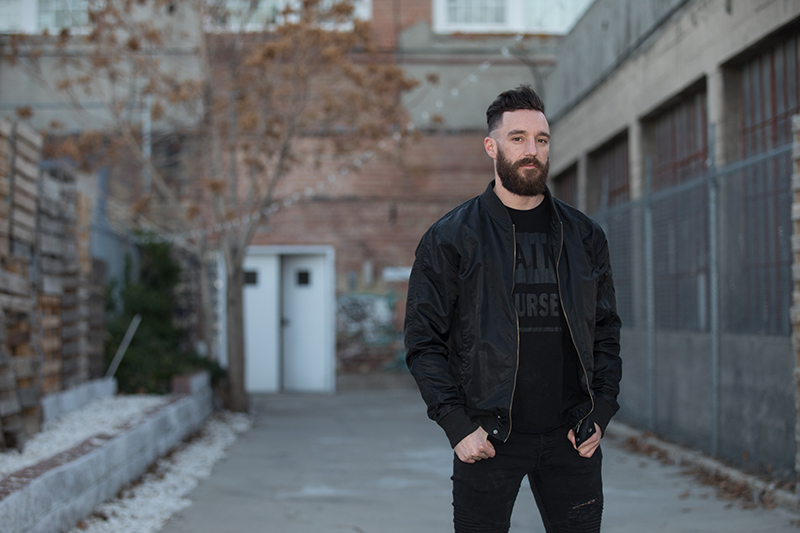 Saturn only makes its way around the sun once every 29 years or so, and this year, SLUG Magazine has made it 29 times around the sun! SLUG’s 2018 anniversary party theme is Saturn’s Return: The planets are finally realigning to the original position they were in when SLUG was first conceived—as a way to bring a voice to the underground musicians and artists of Salt Lake. We here at SLUG could think of no better way to celebrate than with a night of spacey dance music in all its abstract forms. This month’s Localized, on Friday, March 16, will double as a showcase of local electronic artists and SLUG’s 29th Anniversary Party, with co-headliners UTA Trax and Nate Holland and opener Thoroughbred.

Dance the night away at Urban Lounge (21-plus) and head next door to SLUG Mag’s Tarot Card Lounge (all ages) at Rye, which will transform into an all-ages lounge with drinks for those of age, an event menu and tarot readings. The event is free, and starts at 8:30 p.m. Metallic, shimmery, space- and Saturn-inspired looks encouraged. Thanks to Localized sponsors KRCL 90.9FM, Spilt Ink SLC, Uinta Brewing and High West Distillery.

Nate Holland has been a staple of SLC’s electronic scene since the glory days of our beloved W Lounge. Since then, he has continued mastering his craft. Over the past year, you could find Holland at local favorites Tinwell Bar, Urban Lounge and Club Elevate, or making a tent of festival-goers trip out at Lunar Transit. He’s even made an appearance on the airwaves at Dash Radio. Whatever the venue, Holland, with his positive vibes and high-energy house sets, brings the party wherever he goes.

SLUG: How did you get wrapped into the style of EDM that you produce?
Nate Holland: The styles of music that I pull inspiration from have always varied. There isn’t necessarily a single style that I strive to produce when I sit down in my studio. I want my music to be unpredictable … and I want to challenge the traditional notion of genre.

SLUG: How did you learn about mixing electronic music?
Holland: Like many things I have learned in life, I can trace my knowledge and love of mixing back to my older brother. He was DJ’ing here in Salt Lake years ago … with the name Nickel and Dime. I was extremely fortunate to be in the room while [he] prepared their sets, handpicking each song and going through every detail. I owe it all to those two.

SLUG: What type of equipment do you use for both recording and live performances?
Holland: The old saying “less is more” has always been my guideline here. I use an M-Audio pad controller and an M-Audio keyboard in my studio. For live performance, I have never needed more than two CDJs and a mixer.

SLUG: Tell us about your first experience DJ’ing live.
Holland: My first gig was at the W Lounge years ago. Although the club is no longer there … I can say, without a doubt, that was the foundation for much of the electronic music scene here in Salt Lake. I could go on for days about the artists I saw, the people I met, and all the memories from that dirty little club.

SLUG: Who are your musical inspirations?
Holland: Names like Bot, Astronomar, Proxy and Stranger are on top of my list. These are some of the producers pushing new and exciting music out on a regular basis. Although there are several DJs and producers I model my work after, my biggest inspiration in music is my dad (not to say that Mom doesn’t deserve credit too—love you, Mom).

SLUG: What do you hope to accomplish with your music?
Holland: A packed-out dance floor. That’s what this music is all about—positive energy. If I can bring a smile to a stranger’s face for just a split second, or if I can bring the slightest amount of positivity into this world, then my mission has been accomplished. If you zoom out and look at what’s going on culturally in this country [with] music—specifically club music … [it] has never been more important than it is today.

SLUG: Where do you see yourself in the next several years? Anyone you want to work with?
Holland: The role music plays in my life is constantly changing. It is hard to say what the future holds for me, but I know I will always be working to create something fun, creative, and new. If I could work with anyone, it would be the artist Uniiqu3. She is a producer, singer and DJ … I was on a release with her a few years ago, and she never ceases to amaze me.

SLUG: What is your favorite aspect of the SLC EDM scene? How would you like to improve our local scene?
Holland: I would really attribute [the local scene’s success] to V2, the old Mechanized record shop and all the groundwork they did over the last decade. The warehouse scene in this city has also exploded with new interest recently, in no small part due to the efforts of the Quality Control. [But] I would like to see club promoters put a greater focus on depth rather than the width of the club scene.

SLUG: EDM is music of the future. What do you think about the direction of  electronic music with regard to pop and underground cultures?
Holland: Jim Morrison would have agreed with you. He said something similar during an interview with Rolling Stone … However, I think the term “EDM” is misunderstood and used as a catch-all. To people involved in this music, EDM refers to the pop culture aspect of electronic music … As the culture surrounding this music continues to evolve, these underground genres will begin to break through into pop culture, but for now, the life force of these sub-genres resides in the underground.

SLUG: What can we expect from your performance at SLUG’s Localized?
Holland: I always bring a new set of music to each show—house music and breakbeats mixed with hip-hop and some old-school R&B vocals. I like to take songs and make them my own. Cutting them up and editing, adding or subtracting, make them exclusive to my set.

Expect Holland to keep bringing a unique sound and atmosphere to our community. Stay up to date online via soundcloud.com/nate-holland, through Instagram/Twitter at @n8_holland, or facebook.com/thenateholland.