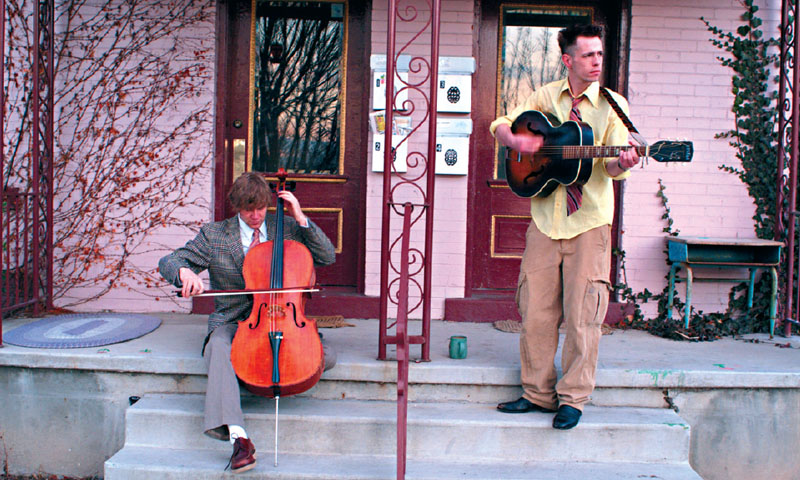 Localized this month is lovely and has a clean complexion. Localized talks to you in a whisper before tucking you in with a glass of water. Nate Padley and The Happies will play on the second Friday of March at the Urban Lounge, a private club for members only.

Is it just me, or is coffee getting to be absurdly expensive to drink outside of your own home? I got this impression when I met up with Nate Padley at Salt Lake Coffee Roasters one Saturday evening. Nate is one of the most energetic people I have had the pleasure of interviewing. He filled me in on any details even before I inquired about them.

Nate hands me a CD which I put into my bag so I won’t forget it, but he has me pull it out of my bag countless times to point out different little aspects of it, like the lovely album art done by local artist Trent Call, or how the colors on this album are this way because it’s the “Japanese album” (which just means that locally, the albums have slightly different colors).

“It’s easier to get my CD in Japan than it is here. But it is available at Orion’s Music,” Nate tells me. “You’ll hear the first 10 songs that I decided to put in a public place. Hopefully you’ll hear something that doesn’t sound too local, per se. It’s a world we live in, not a city. I wanted to play for the world, not just my hometown. I wanted it to be big, to sound big.” Nate also tells me about his favorite parking lots. He shows me his second favorite parking lot, which is located southeast of the coffeeshop, but he won’t tell me where his most favorite one is for fear of others finding out about it. He doesn’t want his parking lot to get all gentrified.

“The album’s pretty, that much I can tell you, and half of that at least is the artwork. SLUG Magazine says it looks as pretty as it sounds.” Who am I to argue with the august Rebecca Vernon? Nate describes it as “personal.” And it is painfully so, filled with sad piano music and self-effacing lyrics. “Quite honestly, it’s about my feelings,” says Nate.

Nate is working on a rock opera right now called The Man Who Killed. He told me what it is based on, but he asked me not to tell you. But he will play a song or two from it at Localized.