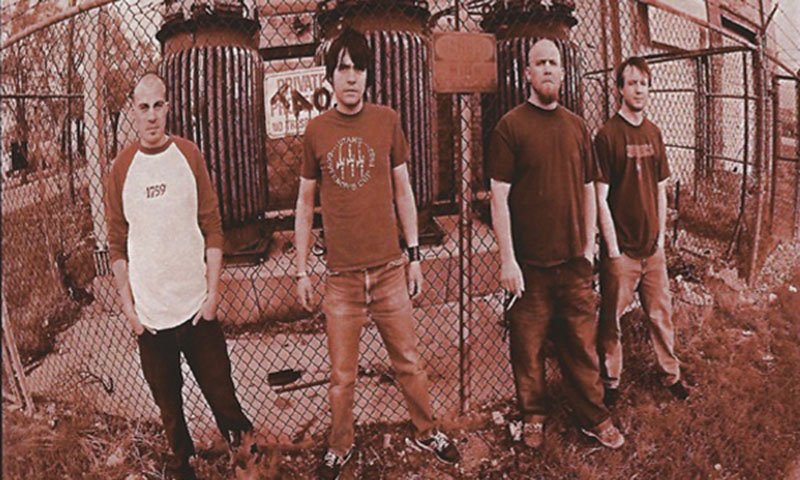 For Localized in the month of August, SLUG brings you four-letter word bands who go by their first names only. I have a tendency not to trust people who won’t tell you their last name, and I intend to stick to that. I suggest that you do the same. Fittingly, Localized falls on Friday the 13th this month, and will take place at the Urban Lounge, 241 South 500 East. The Urban Lounge is a private club for members only.

Nova met with Russel and me before they played at Todd’s. At this point, we have met so many bands at Todd’s that we get directed to them without even asking. We sat on the porch and after I sat on the only chair that had a puddle, effectively destroying my composure, we began the interview. The members of Nova have known each other for years. Some of them live together and can relate stories of how the other sleepwalks and terrifies other people by walking into their rooms at night.

“We call it rock n’ roll,” they say in response to what it is that they play. When I ask for any manner of specificity, they get somewhat confused. “Butt rock? Someone called these guys guitar heroes once,” one says. “Someone called it smudge pop. I don’t know what that it,” says another. “It’s definitely not emo or anything like that in any way. There is nothing emo about it at all,” says yet another. They weren’t very good at categorizing themselves and I don’t blame them.

“I write songs about demons. Some songs are about drugs. The homeless native population in Alaska. It’s sad—they all live on the streets and are alcoholics and no one gives a shit about them,” Kevin explains. He used to live in Alaska, as well as a variety of other places. His bandmates point out that singing about homeless people is pretty emo, but it doesn’t sound very emo. “There’s a song about the Salem witch trials. Nineteen witches were burned alive. What a way to go, huh?” says one. They discuss the merits of burning alive as opposed to drowning. They all go for drowning, and one major point in this decision is that you might smell tasty as you burned alive. Kevin tells us how the Hawaiians call human meat “long-pig.” I can neither confirm nor refute the truth of that.

They played at a bar and their performance interrupted the patrons’ viewing of ultimate fighting. The unwilling audience booed them, but they did not try to ultimate-fight them.
www.novakills.com