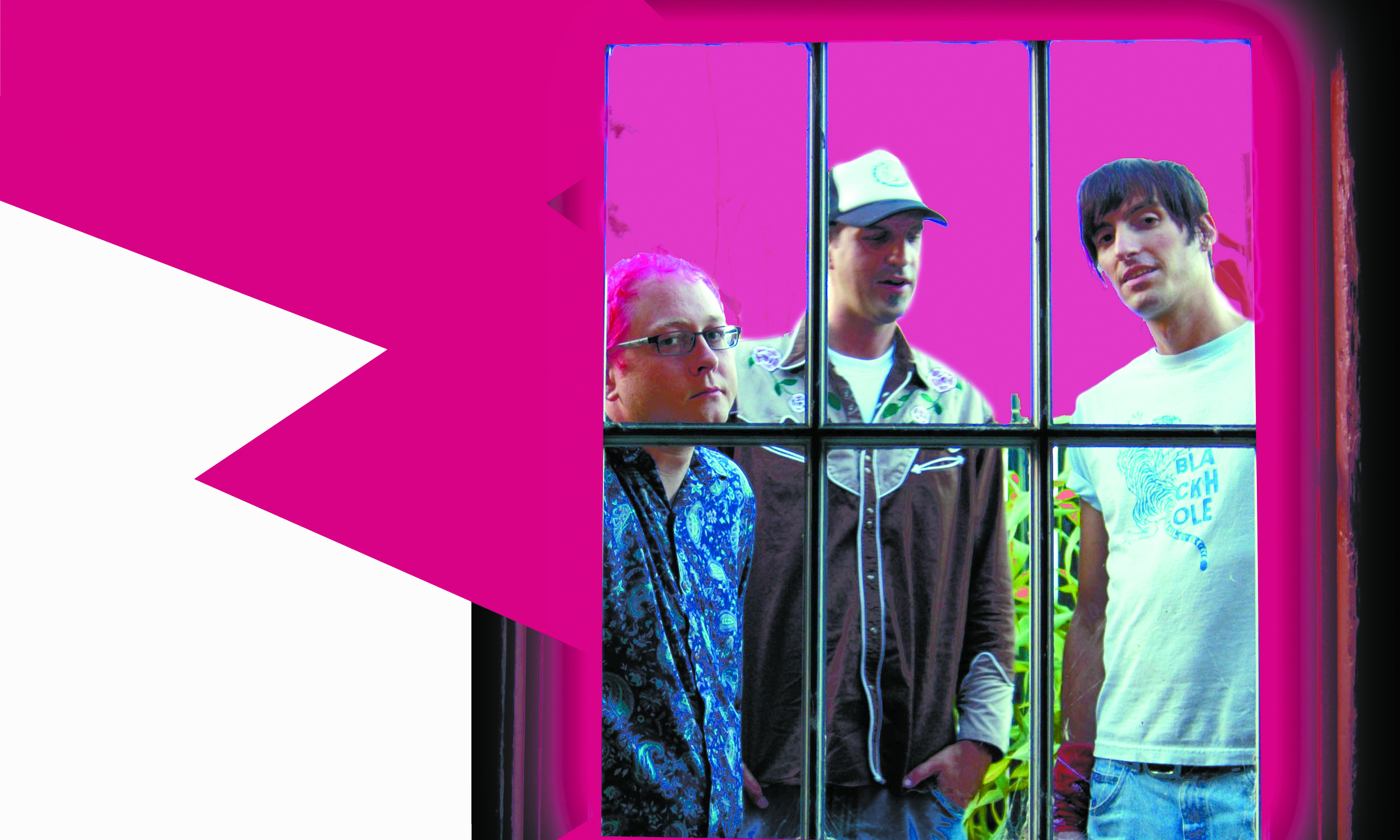 Localized is every second Friday of the month at the Urban Lounge, a private club for members. This month it falls on Sept. 14th. Bad Brad Wheeler’s new band, Pink Lightnin’, will grace the stage with a non-local, Bob Log III. Electric Space Jhiad will open the show. Bob Log III will also play the following day, Sept. 15th at the Monolith Festival at Red Rocks.

Eli Morrison and Bad Brad Wheeler were walking through one of the more questionable neighborhoods in Ogden one day, pondering names for their new blues act. Wheeler, an Ogden local, took the opportunity to show Morrison some landmarks. “This is the hotel with all the drug dealers and hookers,” said Wheeler, when suddenly a loud crash sounded. Wheeler thought it was a bomb exploding and ran, Morrison dropped to the ground in fear. When the panic subsided, they realized that a Mexican carniceria had been struck by lightning and was on fire 50 yards behind them. At that moment, Pink Lightnin’ was born.

They have no leader or frontman to speak of. They fancy themselves a democracy … perhaps “The People’s Republic of Pink” would be a fitting title. But with the amount of talent and experience that Morrison, Wheeler and Josh Belka bring to this blues trio, it makes sense to give everyone a fair say. They even share an equal role as singer.

“It’s less important to have bureaucracy and architecture if you don’t have 10-15 people in the group.” Morrison says, “If there are just three or four of you, everyone can still talk to each other.” As a member of the current 11-member roster of The Vile Blue Shades, he knows about big-band bullshit as much as anyone else. “Those guys don’t even know what band they’re in.” Morrison and Wheeler had been toying with starting a blues group, but it was the opportunity to open a show for Bob Log III that made them finally do it.

“We needed to book a gig to actually put our shit together,” says Wheeler. When looking for a drummer, they went no further than Belka; friend and drummer of The Morlocks. A single phone call and suddenly Pink Lightnin’ was complete. “I don’t know exactly what Pink Lightnin’ is, but I know how Pink Lightin’ makes you feel,” says Wheeler. He’s been playing blues for most of his life, currently with The Porch Pounders. In the last couple of years, he has been able to make a living as a blues man. But at 230 shows this year alone, he’s proof that being a professional musician in Utah is no easy feat. “You gotta be able to preach at a wedding, you gotta be able to play at a funeral, too.”

Contrasted with Wheeler’s jam-packed performing schedule is Morrison’s prolific recording career, most notably with The Wolfs. To reconcile these two aspects of the industry could mean growth for everyone involved. “I might actually be addicted to performing,” Wheeler says. “I have all these gigs, but I don’t have very many albums.” They may consider Pink Lightinin’ a side project, but with plans to record a few albums and play several shows a month, a ‘side project’ for these voracious musicians means more than just hobby rock.

“We’re all friends, we’re all hanging out all the time anyways, we might as well be up to something,” says Morrison. When he’s not filling his every empty hour with music, he’s providing care for the developmentally disabled. While he finds his job rewarding, he wouldn’t mind turning his passion for music into a living.

We’d like to get Eli in the position where he can quit his job,” says Wheeler, whose own passion for music has deeper, more redemptive qualities. “If I’m playing music I’m staying out of trouble.” It may be a while until every deserving musician in Utah can support themselves from gig to gig, but until then these guys are just hoping that a little local notoriety will give the band some attention in its infancy. That being said, they’ve been on the scene for too long to make any assumptions.

“We’re a brand new band,” says Morrison, “and still have some dues to pay in that respect.”