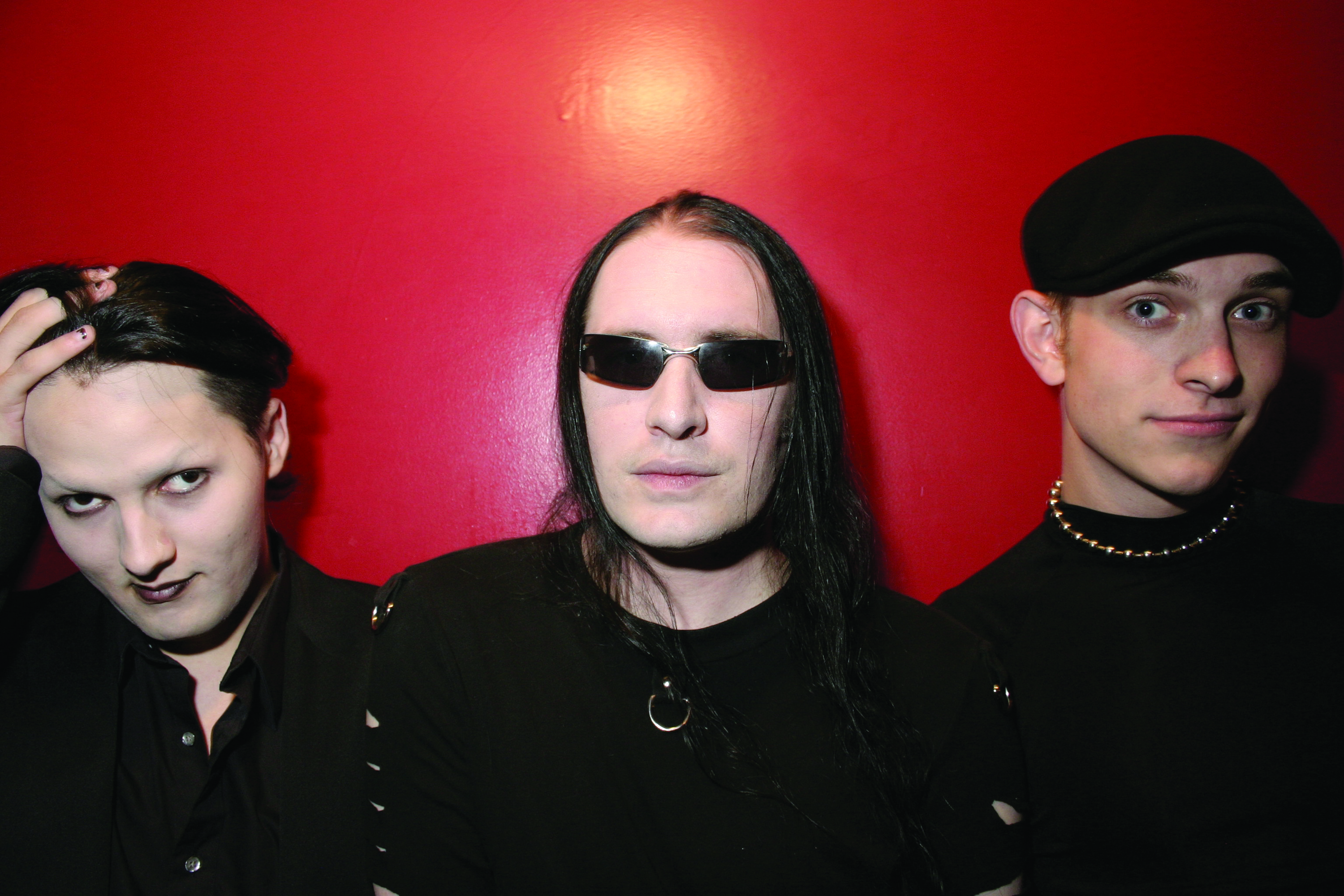 Suggestion is a powerful force. Thinking about lemons makes you pucker, and seeing someone else yawn will nearly force you to yawn in response. It follows quite logically that given the season of heat and despotic, constant sunlight, one would want to experience something both chilly and dark. The music of Carphax Files, Redemption, and AODL will force your mind to believe that you are in hell, it has frozen over, and is populated by comely goth girls clad in black vinyl. Localized takes place the second Friday of every month at the Urban Lounge, 241 S. 500 East, a private club for members only.

Miah and Ashe were a good way through a pitcher of beer and a game of pool when I arrived at Brewvies. They got there early to get a head start. Upon my arrival, Miah immediately offered me a beer. Like Carphax Files, they just returned from tour. In fact, they were on tour together. This revelation is only the beginning of how incestuous the goth scene is. The two of them are in a myriad of other bands, and those bands all cross-reference.

“We made a lot of new friends, especially in Spokane,” Ashe explains with a rueful expression. Evidently, everyone in Spokane who likes goth music is under 18, which they discovered when they tried to go to a bar with the venue’s staffers. “They weren’t even old enough to smoke.” They tell me about a local all-ages venue, The Murray Theatre, which they play often. Having never heard of this place, I doubt that they could get a good crowd in such an anonymous locale. My impression is unmistakably not a phenomenon.

“Even if nobody else shows up to our shows, we know that at least the now infamous ‘Front Line Hot Chicks’ will show up,” Ashe explains.

“Is there a posse of pale girls in waist-cinchers who claim this moniker?” I ask. “No, that was us,” says Ashe. We take credit for that. But they never show their boobs, and that’s upsetting.” The FLHC are, not surprisingly, made up primarily of ex- and current girlfriends.

“Redemption really is a rock’n’roll project,” says Miah. “All of our drums and keyboards are sequenced, so in that way, we have to put on a bigger show as musicians to make up for it. I always wanted Redemption to be not so much a spectacle live as a thing people can enjoy and take away from the experience – something greater than just a slipshod, spur-of-the-moment thing. We don’t really have the means or the time to make that big of a performance, so we try to make up for it by playing as good as we can, involving the audience instead of being this distant circus performance.” This is not to imply that they are not the goth-boy band.

“Basically, I write songs in a pop format,” says Micah. “I don’t really try to deviate from that. I think that’s really part of our strength, because people connect with the music immediately instead of having to delve deeper into themselves to get it. It’s really accessible to everyone.”

Redemption played Sabbathon, SLUG’s annual fundraiser, last year. While setting up, Miah inadvertently spilled a glass of water onto his laptop, thus destroying a good part of their performance. But he played anyway and still did a reasonably good job.