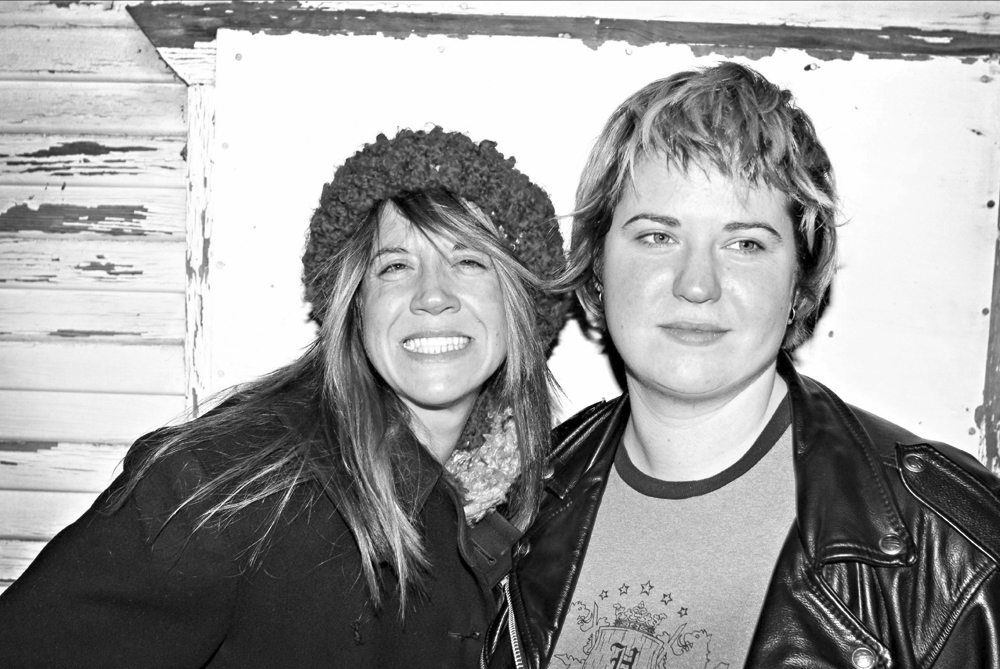 January brings to Salt Lake City slush and salt on the roads, so come over to the Urban Lounge to see some equally slushy and salty bands. The Salt City Bandits will be playing with the Salty Frogs and the Utah County Swillers. Lolalized will be January 14, 2005 at the Urban Lounge, a private club for members.

After some criminally bad service at the Cocoa Café, Russel and I settled down with our tea to have a chat with the two ladies of the Salty Frogs. The service was soon forgotten as Bronwen produced from her black jacket a flask of whiskey and proceeded to give us both a good snort of it. I inquired as to what other illegal items she had secreted away in her jacket and she produced a butterfly knife. We stopped her before she brought out the Colombian baby. “We play Pride Day quite a bit and we have this running joke. ‘We’re going to play this next song and it’s Gaelice.’ The straight man, if you will, says ‘What lick?’ to which I respond ‘GAY-lick!’” Bronwen says. Lisa Marie responds to the joke by informing us all that it was hilarious no matter who told it. Well, no. The joke was dumb but Bronwen herself is so much like the little girl your parents told you not to hang out with that you love the dumb joke when she tells it.

“This is my passion and project. I wake up for it in the morning like a cup of Folgers,” Bronwen explains with only one product placement. “The premise was taking these ancient Celtic and Gypsy tunes, punching them up and rocking out to them. When you have that mix of heavy drums and bass with that music that stirs the blood and makes you drink…”

“…You got a party and a little bit of magic.” Lisa Marie finishes while waving an imaginary cigarette through the air.

“Whenever Lisa Marie comes in for a backup part it’s intimidating.” Lisa Marie is the front woman for the infamous local band, Lisa Marie and the Codependents. She’s happy to be in a band where she can blend into the background.

At this point, they do a little gospelly Whiskey in the Jar bit that simply cannot be put to paper. “People love it when you personalize things. When I was at Piper Down all by myself people were putting money at my feet. I made up songs on the spot and called them stuff like That Table Over There is Being Too Fucking Loud.”