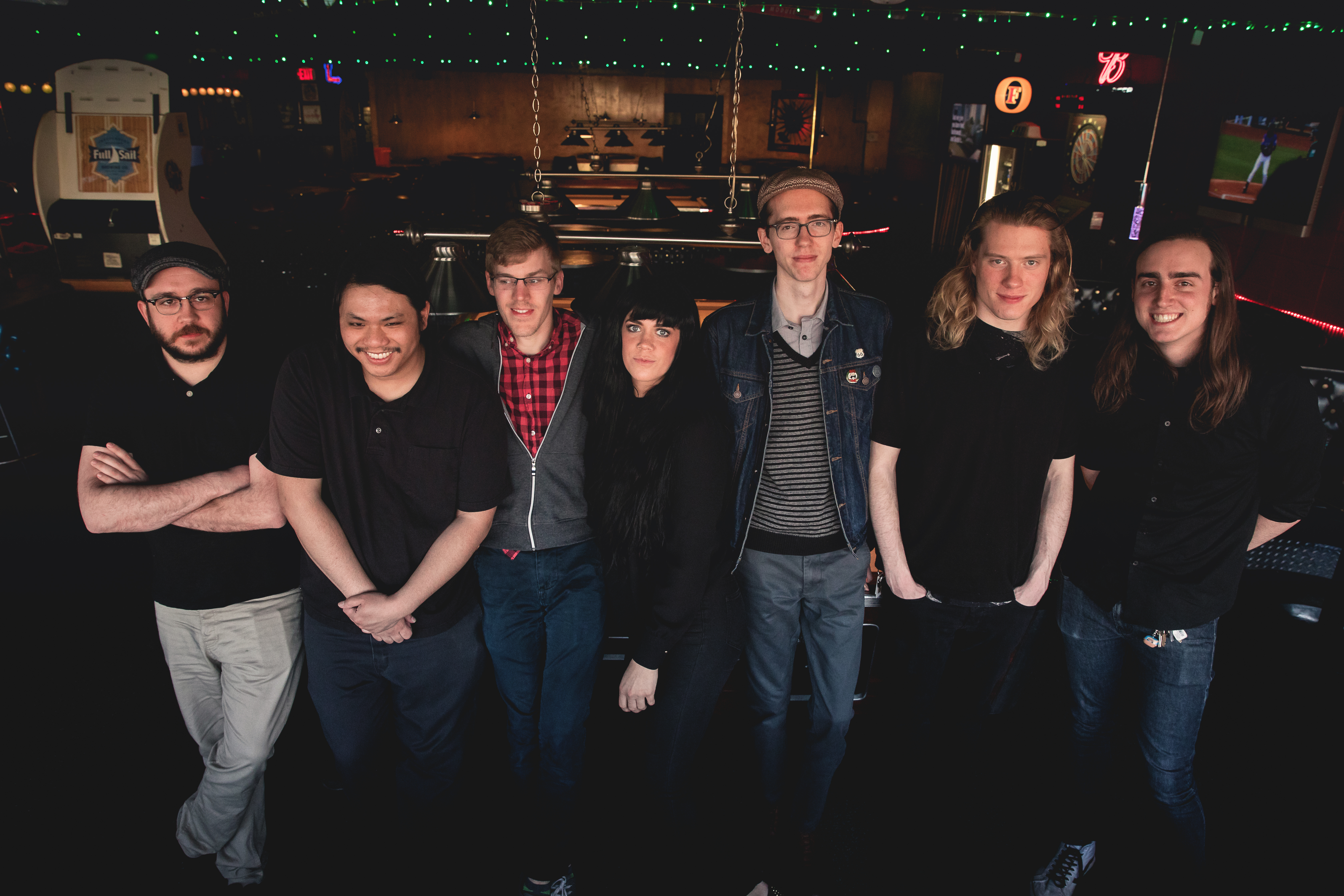 SLUG’s Localized concert series remains a platform for Utah’s top artists with a free show on May 17 at Urban Lounge. This time around, we mash up ska and hip-hop with Rhyme Time, Show Me Island and DJ Skratchmo. Localized is brought to you by our generous sponsors at KRCL 90.9FM, High West Distillery, Uinta Brewing and Spilt Ink SLC, and is only open to patrons 21 years of age and older, so leave the kids at home.

When I asked Rhyme Time with whom he’d like to share the Localized stage, his answer came quickly. Surprisingly, he chose a ska band and not a fellow emcee. “There’s a certain energy when you mix genres, and I really like that,” he had said.

A “Grumpy” bartender (no, really—it was on his nametag) served reasonably priced amaretto sours and beers as the seven band members of Show Me Island surrounded me in a corner booth at The Spot on Main Street during an unusually busy night for the establishment. A shaggy brown-and-white dog, Dot, roamed the bar with autonomy, minding her business and keeping her nose clean as the televised North Carolina Tar Heels’ Final Four matchup against the Oregon Ducks clashed with the sounds of a boisterous birthday party and an old jukebox.

Show Me Island consists of Lauren Hoyt singing vocals, Devon Wooley and Clark Holzworth on the horns (trombone and trumpet, respectively), Nick Fleming on guitar, Christian Lucy on keys, John Hoang manning the bass and Ken Vallejos on drums (phew!). According to Rhyme Time, the crew of artists come together “like Voltron,” in spite of lineup changes and personal conflicts, because they are genuinely good people who are talented at their crafts.

Nick Kuzmack’s 2015 SLUG show review described Show Me Island as “third-wave ska while holding the bullshit.” Musically, they compare themselves to the Slackers, using reggae rhythms, horn blasts, drumrolls, and flagrant cymbals. Hoyt’s smooth vocals move listeners: Her crooning (yet clear), high-pitched voice fuels the ensemble’s “traditional ska” sound that bubbles with energy and soul. Her voice has been compared to artists such as Amy Winehouse, Billie Holiday, Sharon Jones and Pauline Black of the Selecter. “Celebrating music as a whole is something I feel very strongly about … whether it be ska, hip-hop, rock or country,” says Hoang, who is a student at the University of Utah majoring in jazz performance.

Show Me Island schooled me on the history of ska and gave me some insight into what inspires them to make music and perform. The connection became clear. Ska and rap music are similar because they blend sounds from multiple genres—specifically, reggae, R&B and jazz. “We all grew up playing jazz in junior high and high school,” Fleming says. Bandmates Hoang, Wooley and Vallejos went to Taylorsville High School together. Fleming and Hoyt joined the band shortly after high school. Holzworth and Lucy came later through friends in the music scene.

According to Fleming and Hoang, ska can be best described with a “three waves of popularity” metaphor. The first wave was the ’50s invention period in Jamaica behind an R&B influence, and the second was the ’80s rebirth in England with an added political angle and punk aesthetic. Then came the last wave, which hit America in the ’90s and features a pop-punk infusion.  While Show Me Island fit into the first wave sound-wise, they definitely have a third-wave, modern-band feel, due to their musical training, influences and affiliations.

Incorporating local hip-hop acts like Rhyme Time in the studio and at shows is something different that could be a profound boon to both genres locally. “It’s just a positive environment. You go to a ska show, and no matter what mood you were in before, you are automatically happy,” says Wooley. “Ska is uplifting music that just makes you feel better.” Holzworth expands on that sentiment: “People who have never seen us before—they don’t know what to expect,” says Holzworth, “but they like what they are feeling. They like what they are hearing.”

The ensemble is as easygoing as Hermes of Futurama, whom they used as inspiration for their band name (in Season 5, Episode 9: The Sting, he calls Jamaica the “Show Me Island”), but at the very least, artists have to make enough money to cover expenses and create more music. The songs in Show Me Island’s three-album discography are polished, professional and consistent—the kind of material you would expect from former band geeks who have actualized their dreams.

“I don’t think any of us are really thinking we’re gonna make it big … I don’t ever think that way,” says Hoyt. “Success for me, in this little local area, is having so many people singing in the front that I literally can’t hear the notes I’m singing, which kinda sucks, but I don’t give a shit because that feels really good. Thanks for taking the time to have anything to do with us, because it means a lot.”

Ride the local wave on May 17 at Urban Lounge! And if you aren’t hip to that, you can purchase Show Me Island’s discography—MV:MMXII, Show Me Island, and Ring Around & Run—at showmeisland.com.