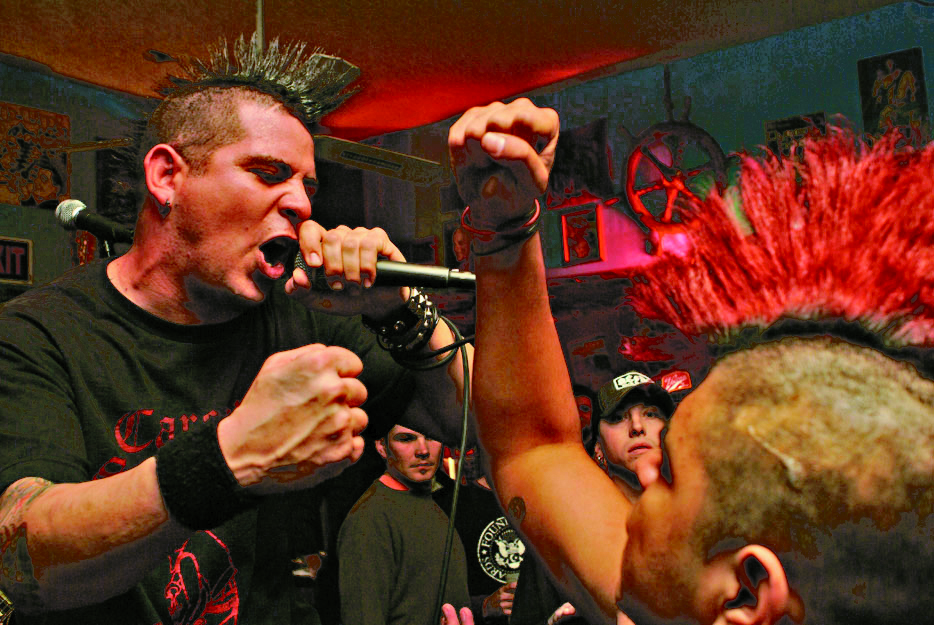 December’s Localized is an Ogden showcase. Although all of the bands play distinctly different music and are obviously from Ogden, none of them, shockingly, are metal. Ghundi will open for Skint and Invisible Rays at Urban Lounge Dec. 10.

Burt’s Tiki Lounge has changed significantly since I last was there. For once thing, they no longer encourage two-band maximums, freely allowing three bands to play together in one show. The is how I came to see and speak with Skint the evening they opened for Agent Orange. The bar was standing room only by the time I arrived and the inhabitants of it looked as though they were in an 80s teen movie, just a little older and uglier.

The guys closest to the stage when Skint played their unglossed punk were mostly wearing Skint T-shirts and I can only assume, drove down from Ogden to support their friends onstage. Russel and I both asked why this was.

“A lot of it has to do with the smell of the dog-food plant. It gets into your brain,” Joe explains. Heretofore, I was unaware that there was a dog-food plant in Ogden. He went on to explain their particularly retro sound. “We’re never caught up with what punk us today. Cause it’s not punk. Punk today is lacking balls.”

“Ogden’s a blue-collar town and so we play blue-collar music. We’re all blue-collar assholes.” That they do. The lyrics are simple and straightforward. This band is anything but introspective.

“He writes lyrics about real events – about current events,” George says about Joe.

“To me, classic punk isn’t just music, it’s a way of life. Not being part of modern society, not being a part of the crap you see on TV or the music you hear. You’re on the side of the fence flipping off the prefah. It’s a reflection of your voice,” Jason says. During their performance, they asked the audience members who voted to raise their hands, but I’d like to think that the other 50 percent were too drunk to bother.

“The one thing I want to get across to people is that you don’t need to be a political science graduate to have a voice, “ says Joe. He stars getting animated and gesticulating with his hands as he continues. “You don’t like the way shit’s going and someone tells you you’re not well read – fuck ‘em. You shouldn’t be afraid to speak up. A new country will be founded on revolution and that’s all I’m going to say about that.” Joe tips his blue mohawk forward and gives his head an adamant shake.