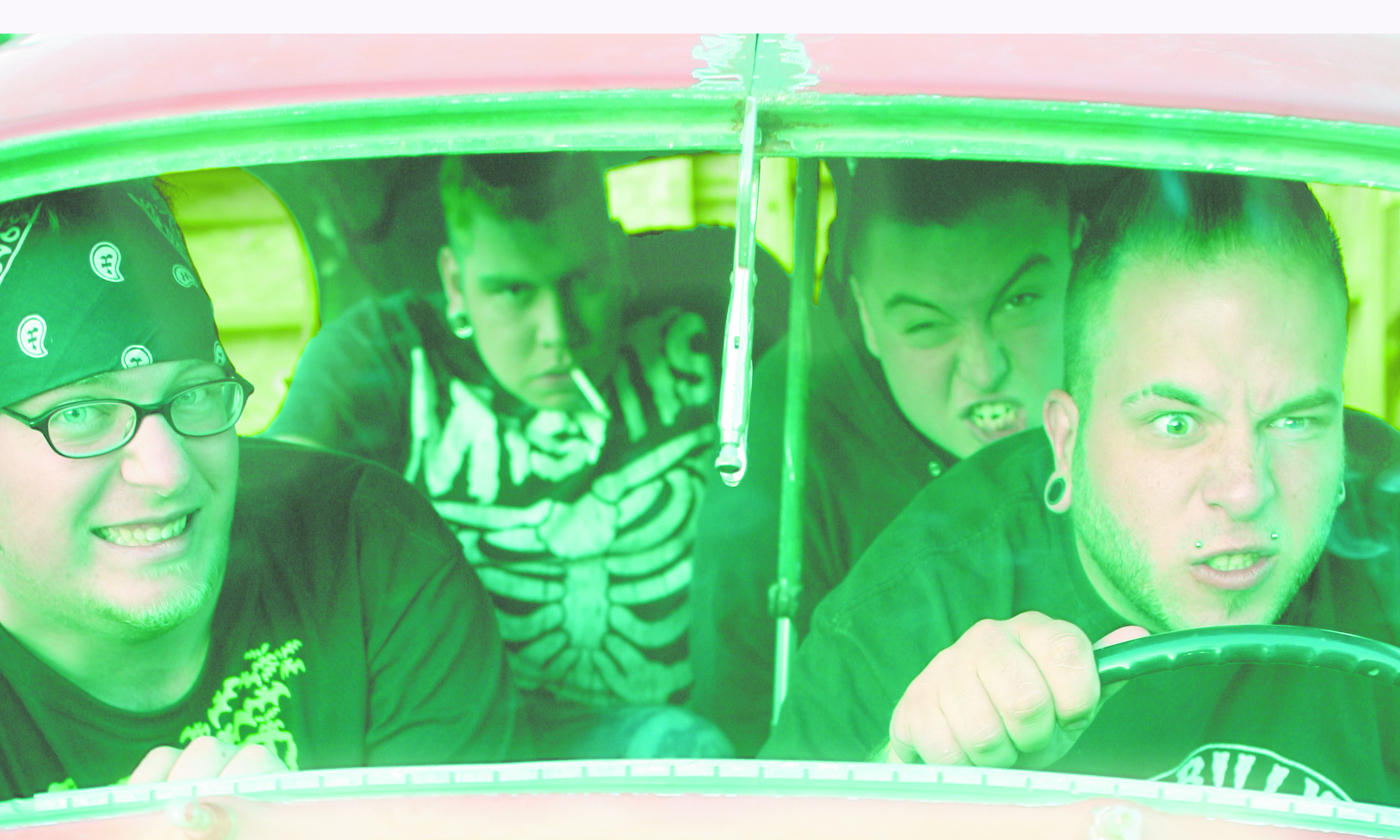 Localized is a monthly music showcase held the second Friday of every month at the Urban Lounge. This months Localized will be held on Friday the 13th and will feature Junta Deville, Spooky Deville and opening band Dubbed.

In the middle of recording a song for the soundtrack of Gris Grimly’s upcoming movie, Cannibal Flesh Riot!, Spooky DeVille took a moment away from the studio to chat with me about themselves and their music. Unfortunately, the conversation was brief and the phone connection, not so great. I did get a sense of their humor (perhaps sillier than normal due to long hours recording) and sound—enough to tempt you to see their live show.

While both of this month’s Localized bands happen to have ‘Deville’ in their name and their style is rooted in punk rock, they sound completely different. Spooky Deville plays self-proclaimed ‘Krunkabilly’ Billy Diesel says they’re “technically psychobilly, but we really just play rock ‘n roll music.”

The band has only been playing together since March 19, 2006, (yes, they know the exact date) but has already accomplished many things. Spooky DeVille have already self-released a CD, Breathe Transylvania, and just got back from a brief tour with Mad Sin (Berlin, Germany). They’ve also been invited to play the esteemed Hollywood Showdown at The Knitting Factory alongside Guana Batz (UK), Hellblasters, The Nutrinos and Zombillyz. Looking at their spine-chilling Myspace profile you come to understand they’re becoming a big deal and are known in strange locations around the globe. Horror rock is a lot more popular than the average person would think. Spooky Deville pulls their sound together from older music: “80s, doo wop, punk rock, surf blues, western, Jagermeister…” and then they start laughing.

They laughed again when I asked some bands they’d like to be compared to: “Coffin Cats, Polyphonic Spree, John Denver, Slipknot…” Fortunately, they sound nothing like Slipknot and you can hear how spooky Spooky Deville really is during July’s Localized.