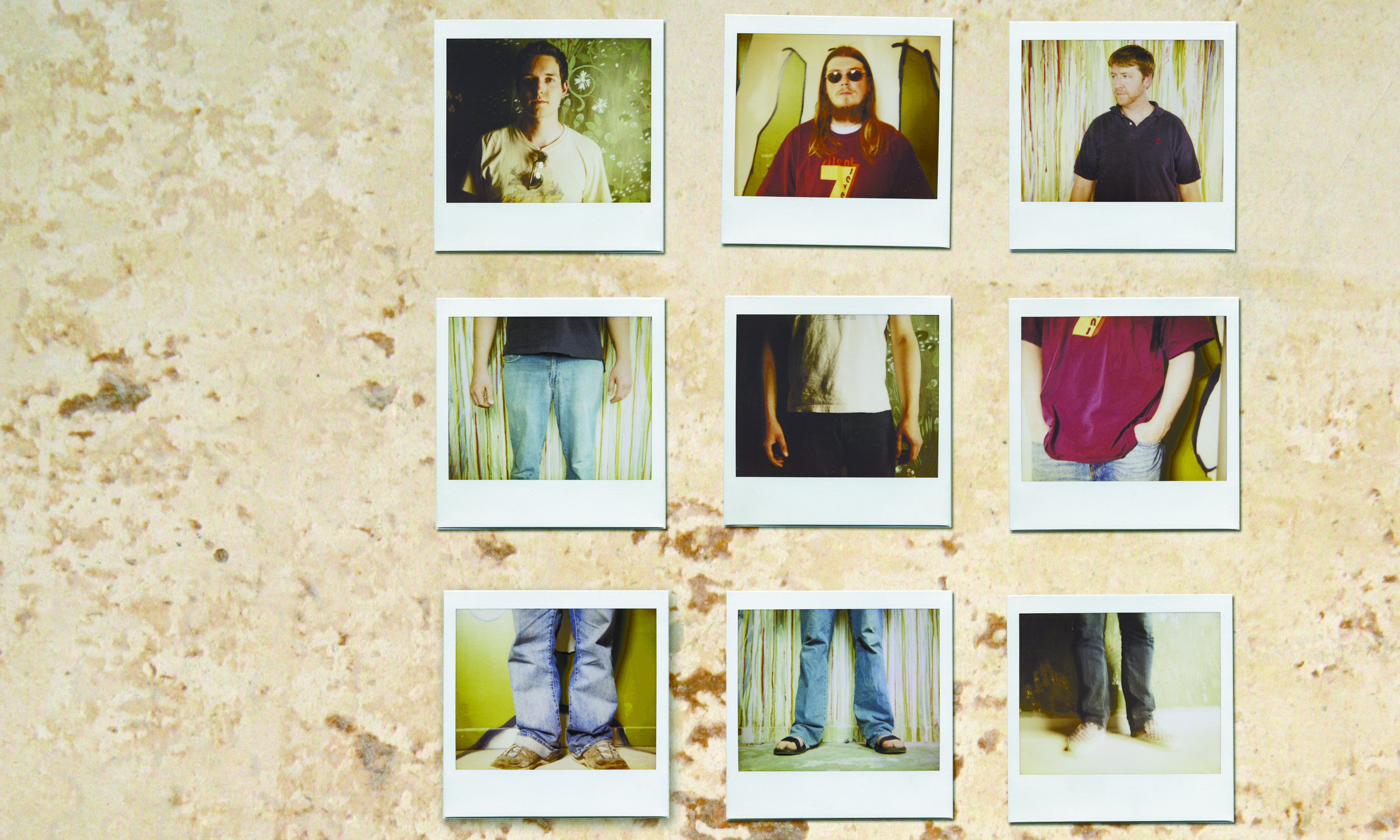 Localized is a monthly music showcase held the second Friday of every month at the Urban Lounge. This month’s Localized features two individuals involved with SLUG; one current writer, Jesse Kennedy of The Adonis and one alumni, Chris Carter of Trebuchet as well as opening band Bombs and Beating Hearts.

Rather than do the respectable thing and meet them in person, I decided it might be in my best interest as a lethargic computer geek to use the wonderful possibilities of computers to email one band and instant message the other. All the pertinent information was gathered in my personal database and later distributed via wireless protocol to SLUG HQ where it was rendered into print and beamed to your ocular cavities.

SLUG: Adonis? What do you mean Adonis?

Andrew: When I was living in Lincoln, NE, I was bussing tables at a hotel bar. There was a group of middle-aged ophthalmologist assistants from Toledo who were kind of drunk flirting with me. One of them said, “Andrew … does anyone ever call you Andy?” Another said, “Does anyone ever call you Adonis?” and giggled. I said, “No, but they should!” Adonis is the most beautiful man in Greek mythology. I got sick of playing as “Andrew Shaw” one day and decided to be silly and start performing as “Adonis.” When I moved to SLC in August of 2003, I added a “The” to make the name even more over-the-top, hoping people would understand that it’s cheeky, not conceited. In April of 2004, I added a drummer to the solo acoustic thing, then eventually bought an electric guitar, added Jesse playing bass in late 2004, switched drummers a couple of times, and eventually ended up with the current line-up in 2006. It’s not interesting, but it’s true.

SLUG: You guys kind of remind me of The Lemonheads and Elefant. What other fruits and animals do you like?

Andrew: Oh, we’re very fruit-friendly! I usually stick to bananas and apples, but I sure do like me some berries, too. We’re animal-friendly, too; we like Weiner dogs, but you have to keep them out of the practice space or else you may end up with a funny smell you can’t eliminate.

SLUG: If the Adonis were a video game, which one would it be?

Jesse: We would be Tetris, because everyone loves Tetris, right?

Andrew: Yeah, Tetris is neat, but I think we’re more like Balloon Fight. Most people haven’t played Balloon Fight, but if they’d just try it, they’d fuckin’ love it. Just don’t let those bird-looking guys stomp on our balloons because you might fall into the water and be eaten by a big fish. It could happen.

SLUG: What do you guys do other than play music together?

Jesse: What don’t we do? We ride dirt-bikes, we sing in the shower, we love the Cornhuskers, we are raising a weiner dog army to do our bidding and we sometimes work our day jobs.

Andrew: I work at the library and am getting my Master’s degree in Library Science; pretty rock ‘n’ roll, huh?

Ian: Pay too much attention to politics and drink. I’m beginning to think there’s a connection between the two.

SLUG: How do you feel about Satanism?

Ian: I hear that Satan is a pretty mean fiddle player. It’s a shame he never goes on tour. I’d easily put down $50 to catch that shit.

SLUG: What is the most interesting book you have come across this year?

Andrew: I haven’t had much time for pleasure reading since I’m in school and have three musical acts right now, but I got on a big graphic novel kick earlier this year. The 9/11 Report was released in graphic novel format and I read it on a plane to California the first week of January. Nothing like reading the 9/11 Report on an airplane to make you feel a little creepy. I’m trying to read all the Harry Potter books really quickly; I’m on the committee to organize The City Library’s big Harry Potter release party, so I’m trying to catch up on everything that happened in his first six years of school.

SLUG: If every man, woman and child in Salt Lake were suddenly listening to you, what would you say to them?

Jesse: You should be really pissed about the air around here.

Andrew:.I’d urge them to be nicer to each other. And pay attention when they drive or to walk more. And dance at Adonis shows.

Localized will be held at the Urban Lounge on June 8. Don’t be a n00b get off your myspace, instant messanger, live journal and all that other shit to come see a sweet show.