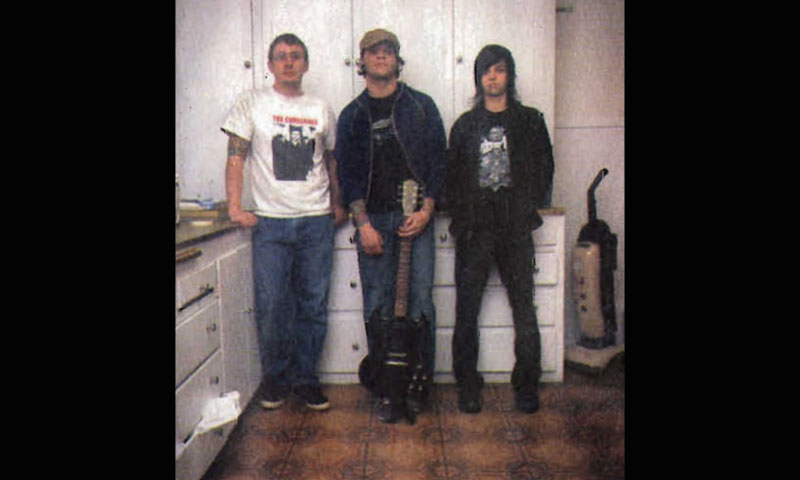 Localized is the second Friday of each month at the Urban Lounge. This Month of April will be featuring The Album, CART!, Captured by Robots and your drunk friend who won’t stop spilling beer on your coat.

Jud and one of the Chrises of The Album met me at Coffee Garden late one evening.

“[The Album] was started probably three years ago, but it was a different lineup,” says &nbsp;. “Chris played drums and I played guitar, but the two other guys who used to play with us don’t anymore and Chris Peterson now plays with us.”

Because The Album and &nbsp; share a common bandmate and one is obviously a side project of the other, I was curious about what differentiates The Album from Le Fornce. “The Album’s not metal, for one,” Christ will tell you. “Jud writes all the music for this band, so it’s more stuff that he wants to do. That’s about all I’ve got.” Also you might notice that there is a lot of vocal work in The Album’s music, whereas Le Force has very little of that.

“It’s just a whole different thing,” says Jud. “I want to do more rock stuff and more songwriter stuff. It’s just a project for me to get a bunch of music out. It’s finally come together after playing for so long. We did try to do a record and we worked for three months on it, but that never worked out. So, now we’re getting ready to do a record. The Album is more writer-oriented.”

It would be the most irritating things imaginable if the Album’s first album were called The Album.  Thankfully, according to their website, the album will be called b-sidestudios. Their website also features an inordinate usage of exclamation marks and shortly, some downloadable music. “This has just sort of allowed me to do my own thing. It’s probably the most money I’ve ever spent on gear. I just decided that I had to put together a huge effects pedal board,” says Jud.

And why should you go see this side project? In addition to both of these boys having lovely hair, “I think you should go because we like the music and we think it’s good. We try to be energetic,” Chris says in a way that almost makes it a question.