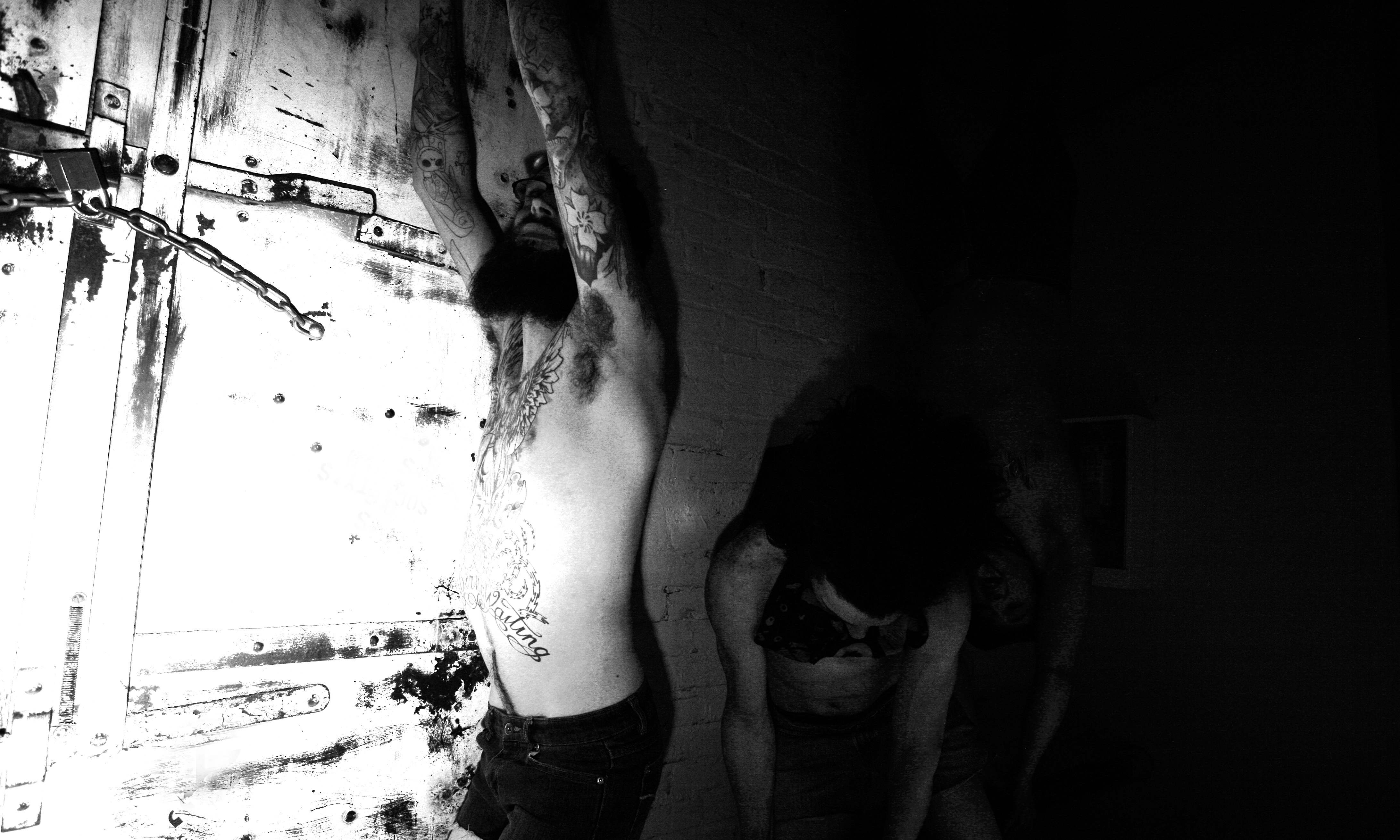 Xur and God’s Revolver will be showcasing their heated rivalry alongside openers Loom for SLUG’s Localized on Friday, April 13 at the Urban Lounge, 241 South 500 East.

I met up with Xur at their practice space to discuss what makes them Xur and to give them a chance to confirm or deny a few rumors that I had heard about them in the days previous to our meeting, mostly concerning sexual conduct between band members and rampant substance abuse. Those rumors were more or less confirmed; I witnessed countless acts of debauchery and homoeroticism within the 10 minutes or so that it took for Fausto to arrive. I was a bit thrown off by their behavior. The blistering churn of down tempo sludge and tortured screams found on their one released song “Under Siege,” had led me to expect stoney faced, uber-serious metalheads. What I got was two of the band members rolling around on the floor of their practice space trying to punch each other in the balls.

There’s a lot of Neurosis and Old Man Gloom apparent in “Under Siege” and while they do name those bands as influences, there is one influence to rule them all.

“You have to be a certain amount of stoned to play the same chord for a very long time,” Luke said, “because then you think it sounds cool.”

“[The music] is mainly about the world burning down,” Greg said.

The band began as a project between Luke and Fausto. “Fausto and I started Xur years ago. It was a two piece for a long time. It was really artsy and nobody liked it. It was really experimental,” Luke explained.

Fausto pointed to Kory and Greg, “After Michigan these cats [Kory and Greg] needed some rock and roll action, so we put it together. That was about six months ago.”

Xur has just finished recording a split LP with Michigan (with whom they share band members Kory, Greg and Fausto and apparently many sexual experiences) that is projected to be out in April 2007. The local label Exigent Records is releasing the album. They are also hoping to get out on the road this summer. “It’ll probably be mostly weekend things, we’ll try to get Gaza to drag us along with them. We tried hitting up The Used, but that didn’t work out.” Greg said.

Our other Localized band for this month, God’s Revolver, was brought up multiple times during the interview. Apparently there’s some animosity between them. “[God’s Revolver] just think they’re Danzig, motherfuckers! They’re just a bunch of whiskey drunks,” Kory told me, “They think they’re so good and artsy.”