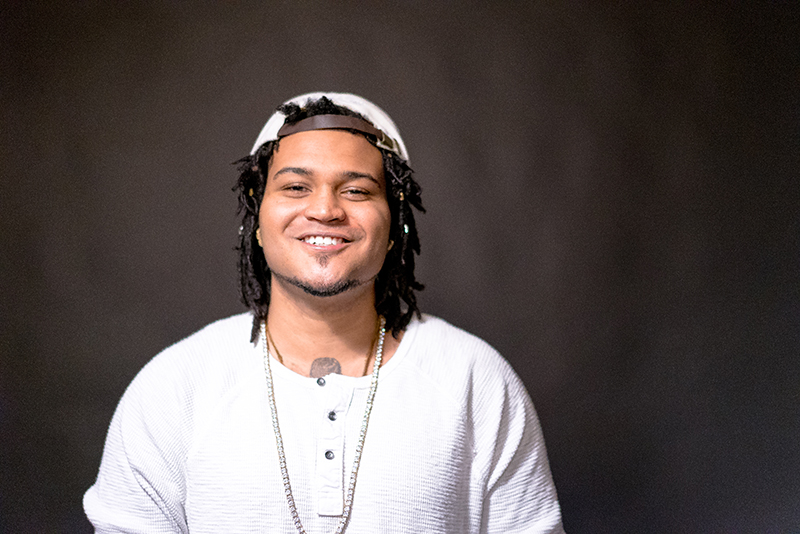 Pull up to the Urban Lounge on Feb. 15 at 8 p.m. for a Localized hip-hop showcase! This month’s show features Zigga and Shanghaii with opener V.O. Sensei. Thanks to our benevolent sponsors at Uinta Brewing Co., High West Distillery, Spilt Ink SLC and KRCL 90.9FM. As always, SLUG Localized is free of charge and only open to patrons 21 years of age and older.

Zigga, or Zane Dennison, has undergone many changes since he was a teenage rapper, smoking and rhyming in basements. One major difference, of course, is becoming the father of three young daughters. Another is moving on from past acquaintances and planting roots in a production home.  At 25, he already has six years of recording experience, and many people would consider him a middle-aged man in rap years. “Now, I try to leave a legacy in every verse, essentially,” he says. “I’m cognizant of the fact that [my daughters are] gonna have this music. It’s not like how it used to be in the ’80s where they might not ever find your old record that you made one time. [My records] gotta have something there that [my daughters] can find value in, so they are not just like, ‘Fuck bitches, get money? That’s all, Dad?’”

You can experience Zigga’s progression in his latest project, Cherubs & Scarabs, but he isn’t stopping there. Easter of the Empire, Zion and a double-album, Hot Winter/Cold Summer, are in the works at Elm Studios in Salt Lake City. Zigga has Wesley Thompson on the production side of the house (Audio Aquarium) and Evan “Elm” Moore handling the visuals, among other duties. “Eventually, it’ll be just me and Wes!” Zigga says. “We gotta do [an album] together—I owe him that.”

Zigga describes his new sound as “commercial” or “sonically acceptable” in an attempt to reach and retain a wider audience by adding new techniques into his toolbox. According to him, it’s possible to incorporate some of what contemporary artists are doing stylistically while staying true to the conventions that hip-hop purists hold dear to their hearts. He recommends starting with a memorable hook and a beat that accentuates the message of the song.

Becoming more stable in life, along with having a stable recording home, has given Zigga a new perspective from which to write, as well as a better understanding of how to carry himself.  At this stage of his music career, new moves have to be more calculated and creative. “It’s the transition between the young bull to someone who’s more mature, you know, more seasoned, at this point,” he says. A part of that is giving up some of the vices he once enjoyed (at least, until after the show), because too much “pregaming” can lead to forgotten lyrics and shoddy performances.

“I can’t get lost in that sauce as much,” Zigga says. One thing he warns his successors of is developing bad habits. “That’s one thing that I do think is a little dangerous for these kids,” Zigga says, referring to popping pills and drinking lean and alcohol. “It’s hard for me to say, because I’ve rapped about smoking weed and rapped about drugs, did my thing, but at the same time, I’ve noticed a dangerous trend with people mixing drugs. I don’t think people realize the risk involved with that.”

The main affair that Zigga has been focused on is the business aspect of recording. His crew and associates are affectionately referred to as Biz Fam. Listeners can find Zigga on social media as Zigga Biz, where all of his music is free to download for the time being. His advice for aspiring artists is straightforward: “Focus on people who are gonna do for your career … Don’t waste your time on people who are in it for alternative reasons and aren’t really focused on succeeding in music,” he says. “Keep people around you who are planning on doing this for life. If they’re planning to do this as a way to figure out things while they’re young, it’s not gonna benefit you, you know? It might be fun. It might be dope to put your people on, but at the end of the day, they aren’t about music … They’re about the turn up.”

The Salt Lake rapper has Holladay ties and has worked with local artists galore, such as B-Side, Bentley, Dumb Luck, Pat Maine, Emerson Kennedy, Master QBall, Cig Burna and more. However, being labeled an underground rapper isn’t something he enjoys. “I don’t believe in ‘underground’ and ‘mainstream’ music,” he says. “Labeling yourself an underground artist is limiting yourself to the underground.”

As time passes and acts come and go, working new artists into the family dynamic has become a custom. “I just want to collab with up-and-comers as much as I can,” he says. One artist he holds in high regard is Joyful J. “Dude has a beautiful voice—that’s a gift. You can’t really teach someone to have a good voice. That’s raw talent.”

Zigga continues, “These younger generations—that’s how us older folks stay relevant … You lift them up, you help them up and then they’re on your level, and then they can help you out in the future. So if you are a new artist, hit me up @realzigga [on Twitter].” It’s a simple formula: “Nothing is owed to you,” says Zigga. “It’s all about how hard you work.”