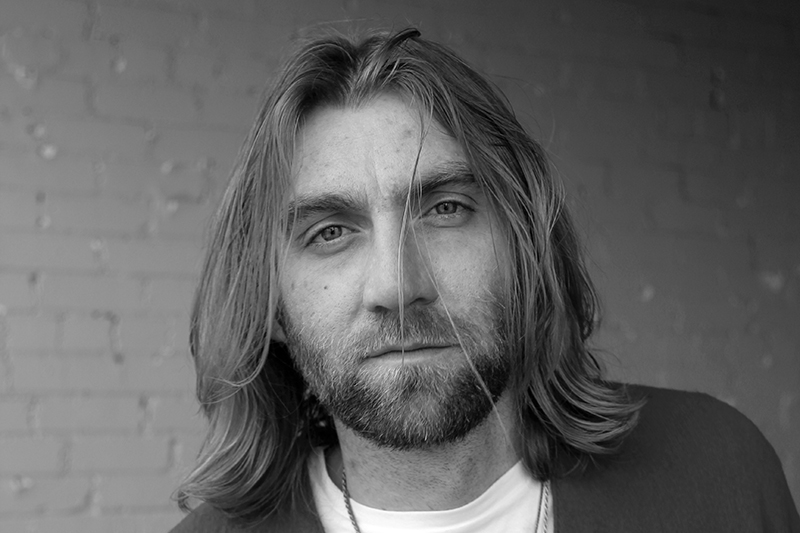 For SLUG’s 27th birthday, we’ve enlisted six local performers to breathe new life into songs from members of the 27 Club, famous musicians who passed before their time at the age of 27. Be sure to catch SLUG’s 27 Club Anniversary Party at Metro Bar on March 11—doors at 9 p.m., show at 10:30 p.m., $5 at the door.

When did you first hear this artist, and why did they inspire you?
I couldn’t say when I very first heard Nirvana however the first time that they resonated with me would have been some time in middle school when I was reading a back issue of Guitar World magazine of my oldest brothers. The person interviewing Kurt Cobain was hassling him a little about the couple of times he had worn dresses on and off stage, Kurt was having none of that and simply said “I’m not gay, but I wish I were gay, so I could tell all the homophobes to go to hell.” This hit me in a positive way as an early pubescent suddenly realizing that who I was was okay and those who didn’t like it could go to hell. After that I had a poster of him in eyeliner and mascara on my ceiling through the rest of grade school into college.

What about this artist’s song that you’ll perform resonates with you, compared to other songs in their oeuvre?
I’ll be performing “Lithium.” It’s a song about a born-again Christian and how religion had helped him through his struggles. While it may come across as putting the man down for needing religion in its tone, Kurt was quoted as saying: “I’ve always felt that some people should have religion in their lives, that’s fine. If it’s going to save someone, it’s ok and the person in [‘Lithium’] needed it.” I like this and I’m reminded that we must always be careful before attacking anyone for their beliefs, whatever they may be, because you may very well not know how it’s benefiting them and saving them from whatever was destroying them.

What contributions did this artist make to alternative/underground music?
I don’t know. They brought grunge to the forefront, how exactly I couldn’t tell you. Maybe his apathetic I don’t care attitude spoke to the Generation Xers louder than any of the grunge bands before him.

What made this artist a trailblazer in their craft?
I think that he brought a lot of style and fashion to the cultural landscape of the nineties. Something that continues to reverberate in fashion and music today.

Why do you feel that this artist’s legacy lives on so strongly today?
While I save the obvious that his music was good, sadly, I think the romanticism given to young death and the glamorization of suicide has given his legacy a major boost. I imagine that if Kurt had died at 40 years old from…say drowning in the Puget Sound, I don’t think his face would be on as many t-shirts as they are today.

What insights about this artist can you share that many others might not know?
People may not know how much he was a feminist as well as frequently standing up for LGBT rights.

How will your performance capture this artist and their personality?
I’m singing “Lithium” with a backing track. Just as Kurt grabbed clothing from both the male and female sections of thrift stores I’ll be doing the same.

How do you feel that your performance style aligns with or complements this artist’s work?
I’ll be doing it in the utmost rock and roll, devil may care attitude if you don’t like it that’s your own problem. But you will love it.

In your performance, what changes/stylization will you make to their work?
I will be bringing a hell of a lot more flamboyance to the performance and hopefully a little more upbeat feel. So the audience can stand up and smile about it rather than slouch down and frown.

What iconic imagery will you include in your homage to this artist?
Flannel and Chuck Taylors of course.

What’s a quote or lyric from this artist that’s meaningful/impactful for you?
“At this point I have a request for our fans If any of you in any way hate homosexuals, people of different color, or women please do this one favor for us— leave us alone! Don’t come to our shows and don’t buy our records.”

What message have you taken from this artist in a positive way in your life?
Honestly that’s a really hard question to answer with how apathetic and self deprecating Kurt was it hard to find something positive. I would maybe say his ‘I don’t care what people think’ attitude could be something positive. Because no matter what you do in life you’re going to find somebody that doesn’t like you. However, you are nobody until somebody hates you.

If this artist was alive today, where in Utah would you take them?
I would take him to the West Desert because it is far away as you can get from anybody.

What are your thoughts about the 27 Club?
I’d say it’s possible that the 27 club is only just hype drawing again on that romanticism of young death. I’m curious if you put together a 68 Club or better yet, a 69 club, if the same amount of influential musicians would be part of it, but we just wouldn’t care. The reason to not join is an obvious one and would be that there is so much more music to be made.

With regard to SLUG’s 27th Anniversary Party, why are you excited to perform this piece?
I’m excited for the crowd that 27 years of SLUG Magazine will bring to the Metro Bar to celebrate.