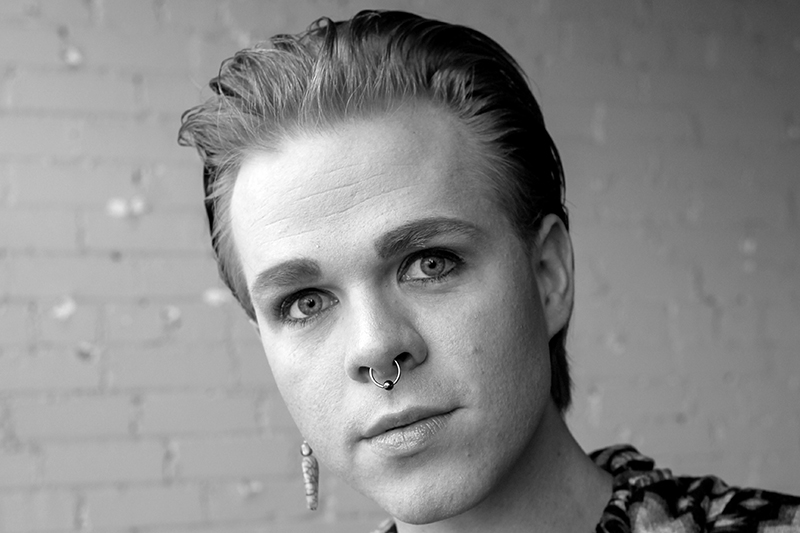 For SLUG’s 27th birthday, we’ve enlisted six local performers to breathe new life into songs from members of the 27 Club, famous musicians who passed before their time at the age of 27. Be sure to catch SLUG’s 27 Club Anniversary Party at Metro Bar on March 11—doors at 9 p.m., show at 10:30 p.m., $5 at the door.

When did you first hear this artist, and why did they inspire you?
I was 16 when the guy I was “dating” introduced me to her on a playlist that included other hugely inspirational artists like Nina Simone and Antony & The Johnsons… I felt a deep connection to her pain as I listened to the rest of Back to Black (her 2nd album) and took a lot of musical inspiration from her as a writer and singer.

What about this artist’s song that you’ll perform resonates with you, compared to other songs in their oeuvre?
I’m doing a medley because I can’t pick just one song that resonates stronger than the others.

What contributions did this artist make to alternative/underground music?
Amy began as an aspiring jazz singer in bars and clubs in England.. in her documentary there is a moment where you see how much she missed those days as the pressures of global fame replaced those underground audiences and familiar faces. I believe she brought a new kind of “soul” to the music industry by holding back absolutely nothing when telling her story through song. It’s influential mark is reflected in artists like Adele, Låpsley, London Grammar & Andra Day.. She breathed a new life into mainstream pop music by giving it permission to be REAL.

What made this artist a trailblazer in their craft?
Amy wasn’t a typical beauty… Messy beehive hair, smeary cat eye eyeliner, imperfect teeth & a sailor mouth accompany the voice you’d easily mistake for a Billie Holiday era hit.. Everything was such an enigma about her in the beginning & that honesty was incredibly charming.. She was loveable at times and a monstrosity at others …Nothing was an act or a character.

Why do you feel that this artist’s legacy lives on so strongly today?
Moments like the other day at work when I added “You know I’m no good” to the playlist and one of my coworker’s and I bonded about how much she inspired us both, enough to want a tribute tattoo.

Tell us your favorite anecdote about this artist.
There was a time she had asked to take a break from touring because it was too emotionally draining for her in a time of needing to heal from her struggling with addiction.. Her father & “team” forced her to do a show that she really didn’t want to do and she stood on stage and refused to sing…AFTER getting obliterated on booze. She was stubborn as hell.

What insights about this artist can you share that many others might not know?
She has a god-daughter who chose not to be featured in the documentary named Dionne Bromfield that is an incredible singer.

How will your performance capture this artist and their personality?
I draw a lot of inspiration from her vocal styling and occasionally rock her signature chunky eyeliner.. I will not be impersonating her but hope to channel some of her soulful energy through singing a medley of my favorite three songs of hers.

How do you feel that your performance style aligns with or complements this artist’s work?
I write in a similar poignant and vulnerable way, and vocally sing a very similar “genre”

In your performance, what changes/stylization will you make to their work?
I will not be trying to sound like her.. it’ll just be me singing HER songs.

What iconic imagery will you include in your homage to this artist?
Well why would I want to spoil the big show?

What’s a quote or lyric from this artist that’s meaningful/impactful for you?
All I can ever be to you is the darkness that we knew & this regret I got accustomed to.

What message have you taken from this artist in a positive way in your life?
I know that if she could have been surrounded by a better family…and definitely a boyfriend that wasn’t a controlling addict … She could have overcome. I found it crucial as a 25 year old that I found help for my mental health and treated myself a little kinder. It’s just too bad she didn’t have that chance

If this artist was alive today, where in Utah would you take them?
I’d want to take her to Decades, though I’m sure she’d rather have gone to the woodshed or “chuckles”

What are your thoughts about the 27 Club?
I think the mid twenties are an excruciating time in life… I myself have had plenty of moments where I wished I could just drink it all away. I don’t think it’s a conspiracy… I just think artists are some of the most fragile types of people & to be famous with the world watching you during your hardest times in life… That’s a hard feat to survive.

With regard to SLUG’s 27th Anniversary Party, why are you excited to perform this piece?
I’m getting a portrait of her as a tattoo the day before. This feels like the cherry on top of sharing my undying love and spiritual connection to the legend & legacy, in a show centered around such a heartbreaking mystery in pop culture