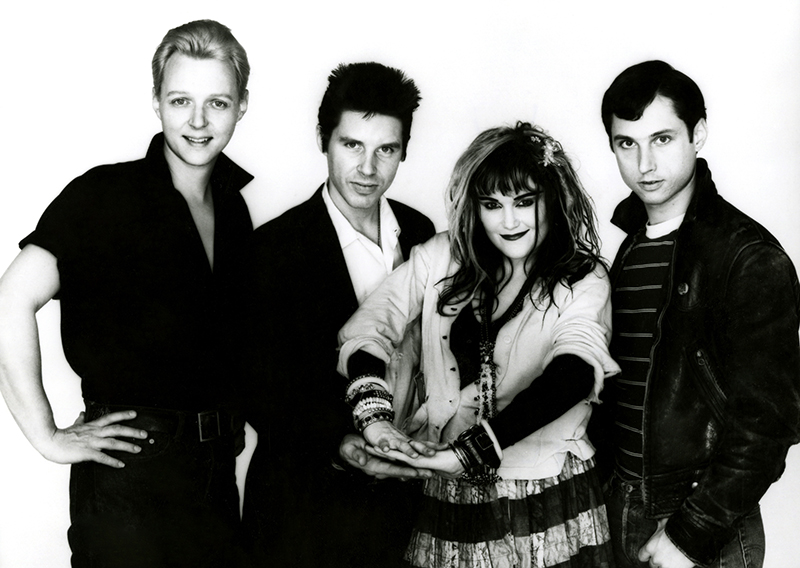 40 Years On with X’s Exene Cervenka

2017 is the 40th anniversary of the punk movement. 1977 marked the year that the world bore witness to the emergence of bands like The Germs, Fear, The Bags, The Screamers, The Weirdos and, of course, X. These bands were pivotal in establishing this movement’s music and ideas, founded on a do-it-yourself ethic, individuality and honesty. Ahead of X’s Sept. 8 40th Anniversary Tour stop at The Complex, Exene Cervenka reflects, “I think punk was a really important movement socially because it was about individuality, freedom of choice and expression.”

The first wave of punk inspired many bands to write about themes lamenting dissatisfaction with the direction society seemed to be headed. For Cervenka and X, that meant singing against the threat of corporate-controlled culture. Cervenka says, “You could see by the late ’70s, early ‘80s, we were headed where we are at now—that there was going to be a complete control of culture, thought and everything was going to be mainstream and dumbed down.” Unfortunately, these kinds of rebel anthems found great difficulty getting airplay. Cervenka says, “You can’t say to the people in power, ‘We don’t want to play your games,’ because they’ll just turn you off.”

Despite the commercial adversity and even attempts of rebranding the movement, punk in L.A. showed off a strong sense of community. Cervenka fondly remembers a community brought together by art and music. “It was very diverse, only diverse. There was no homogeneity at all,” she says. “We weren’t into labels at all—who we were and what we were—we were just people, but we were all people who cared about each other.” According to Cervenka, the building blocks for a strong community were partly there thanks to access to affordable living—unlike now, where there is a “massive inflationary spiral,” as wages haven’t caught up with the standard of living.

Cervenka acknowledges that people now are struggling to survive thanks to unequal conditions. She remains realistically positive about it, though. “I think art always survives under any circumstances,” Cervenka says. “The thing is, artists always find a way to go around it.” That said, Cervenka has noticed changing priorities in the creative community. She says, “I think originality, compassion and honesty are the most important things for an artist—and those are things that most artists don’t want anything to do with because that doesn’t necessarily lead to commercial success or a wider appeal.”

Cervenka points out that all things come to pass, noting that punk has changed and in some cases faded away. “I think it happened and it’s over,” says Cervenka. “Punk was like a five year thing—just like hippies and beatniks, and everything else. It’s just a couple years [during which] people came up with some crazy ideas, spontaneity, [and] then a lot of people followed it, add to it and change it, and then it kind of gets corrupted eventually, and then it becomes something else.”

Even though Cervenka considers punk to have largely subsided, she still considers X’s material to be timeless. She says, “I think our songs are timeless because we write like writers—we’re more like fiction writers and poets than songwriters.” Songs like “New World”—from the 1983 album More Fun In The New World— are relatable to listeners young and old. This tune tells the story of a world before former President Ronald Reagan from the perspective of someone who doesn’t necessarily pay attention to politics, but notices changes that are not for the better.

Cervenka also emphasizes X’s lyrical quality, which boasts weight, meaning and humor. These are things that keep the old fans hooked and attracts new fans toward X’s material. Speaking of a new generation of fans appreciating X’s music, Cervenka says, “I think young people too—like me—want to see what used to be there and how cool it is and find it for themselves.”

Apart from playing with X, Cervenka also occasionally spins records and makes collages. “I like rock n’ roll music. I like stuff with a beat,” she says. “I usually spin country and western—Donna Summer, not too much modern stuff—early rock n’ roll, not too much garage rock.” Cervenka has a particular appreciation for early rhythm and blues, early Motown, Big Joe Turner and Thurston Harris—especially Harris’ 1957 version of “Little Bitty Pretty One.”

X currently has a Kickstarter up for a live recording (the first one ever with the original lineup) of shows done during their tour with Pearl Jam in Latin America in 2011. Those who donate to the Kickstarter will receive the live recording. It will be produced by Rob Schnapf.

Joining X on tour are Skating Polly from Tacoma, Washington. Cervenka is a fan of Skating Polly and has known them for a long time. When she’s being introduced to new music, Cervenka knows what she is looking for. “I want to see something I’ve never seen before and something that’s real,” she says, “not an imitation of something else.”

X plays The Complex with Skating Polly on Sept. 8. During X’s 40th Anniversary Tour, the band is going to play many of the classics, as well as many tracks from Los Angeles. It promises to an unforgettable show. So, be sure to check them out.