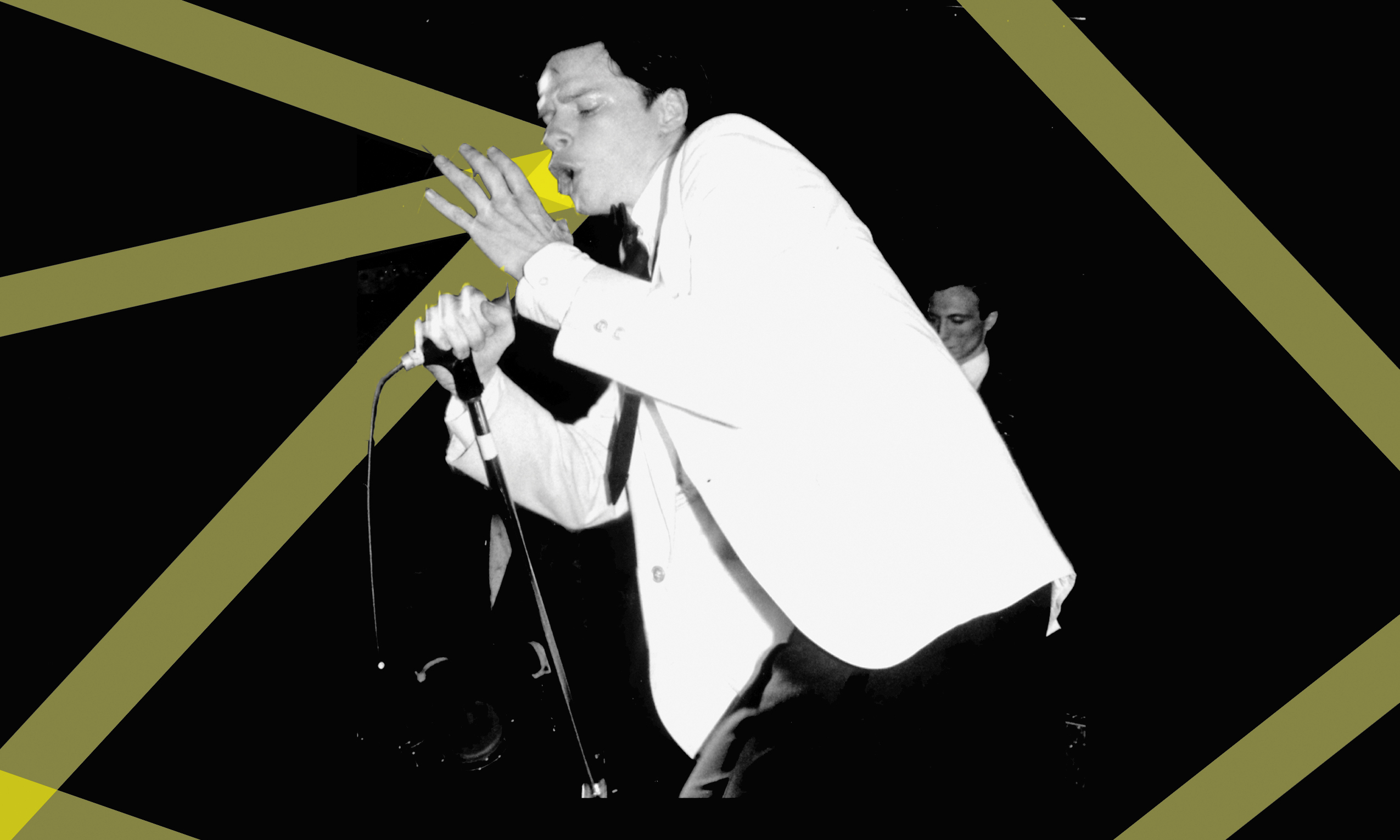 A Chance Meeting on a Dissecting Table: An Interview with James Chance

2007 will see the release of a new James Chance and the Contortions record, tentatively titled Incorrigible. Named after one of the songs off the album, it’s not so much a “new record” per say, but rather a collection of miscellaneous tracks that haven’t properly seen the light of day. “Most of the songs are songs that I have had for a while, over the past 20 years that I never recorded or were recorded on live albums that I felt never did justice to them,” says Chance from his home in New York. Surprising? Kind of; considering that Chance reappeared, as of 2001, back on the music scene and started playing a handful of limited engagements and music festivals.James Sigfried, aka James Chance, started his musical career in the mid-70s when he moved from Milwaukee, Wisconsin to New York City. At the time of his move, Chance was heavily involved in the music circles in his native Milwaukee but found it lacking for his creative needs. “I couldn’t stand being in Milwaukee; it was a really bad place for music at the time. I had the first free jazz group in Milwaukee and I was also in this rock band, Death; it was a real Stooges/Velvet Underground-influenced band. It was a really good band, but in Milwaukee in 1974 there was nowhere for us to play,” recalls Chance.Once in New York, Sigfried changed his last name to Chance and started bouncing around the jazz circuit with his trademark saxophone blazing but soon found that unfulfilling as well. “There was this whole ‘lost jazz’ thing happening in New York at the time. It became clear to me that I just wasn’t going to make it as a jazz musician; it wasn’t so much the music, but as a person, I just didn’t fit in. I fit in much better in the rock scene,” remembers Chance. Coming around full circle in the late 70s by melding his jazz background and punk-rock persona, Chance teamed up briefly with Lydia Lunch in Teenage Jesus and the Jerks, but found his true musical resonance with the Contortions in 1978.The Contortions started with four songs that they contributed to the legendary, genre-defining Brian Eno compilation No New York. While other “no-wave” bands of the time were blasting assaultive amounts of atonal noises and textures over repetitive rhythms and beats, the Contortions blended jagged, twitchy funk and jazz into a terrorist mixture of danceable punk rock. They focused more on musicianship than the other seminal bands on the comp, such as Mars or DNA, and Chance himself had a love of R&B that found its way into his songs. Shortly, thereafter, however, the Contortions broke up after simultaneously releasing albums Buy and Off White in 1979, and Chance unceremoniously dropped out of the music business in the early 80s.

The mid-90s saw a resurgence in Chance’s work brought about in no small part to a revived interest in no-wave music, No New York and the stylish praise lavished upon neo-no-wave bands such Gogol Bordello and A.R.E. Weapons. “It wasn’t that I didn’t want to do music anymore, it’s just that I didn’t see an opening for what I was doing,” says Chance concerning his decade-long hiatus. “I was reading a lot and just keeping myself occupied. I didn’t have much desire to become a painter or any of that kind of stuff … There was this complete lack of interest [in my work] and I wasn’t about to go out there and move this mountain.”

In the film Kill Yr Idols, no-wave alumni as diverse as Glenn Branca and JG Thirlwell make scathing comments to the effect that the neo-no-wave is full of bands and personalities that are doing music for rock stardom, greed and pure vanity. They complain that the new “new wave” of music is inauthentic and, even worse, stale. For Chance, however, he views the new group of no-wave talent as a stepping stone for his career. “I am glad ,” says Chance. “It [gives] me the opportunity to start working again … Those bands don’t have any of the jazz or funk influences [I have] and I don’t think they are really capable of playing that kind of music anyway.”

Chance’s staying power is evident not only in his rise back to the limelight but through retrospectives like those put out by Tiger Style Records in 2003 called Irresistible Impulse, a four-disc career spanning box set that showcases Chance’s evident influence on the current trend in music. Currently, Chance can be seen touring Europe playing a Contortions set, doing a lounge act and working on a solo piano show. Outside of gigging and doing music, Chance is busy with other projects as well. “I have been talking about doing a book with Victor Bockris [The Life and Death of Andy Warhol],” says Chance. “There is also a guy in LA who has been making a documentary about me for the last two years. He went along to a lot of the festival gigs that I did over the past couple of years. He basically films the shows, hangs out with me and my wife and films me during my trips.”

James Chance will be touring Europe October 3-24. To find out more about James Chance, check outwww.myspace.com/jameschanceeuropetour.