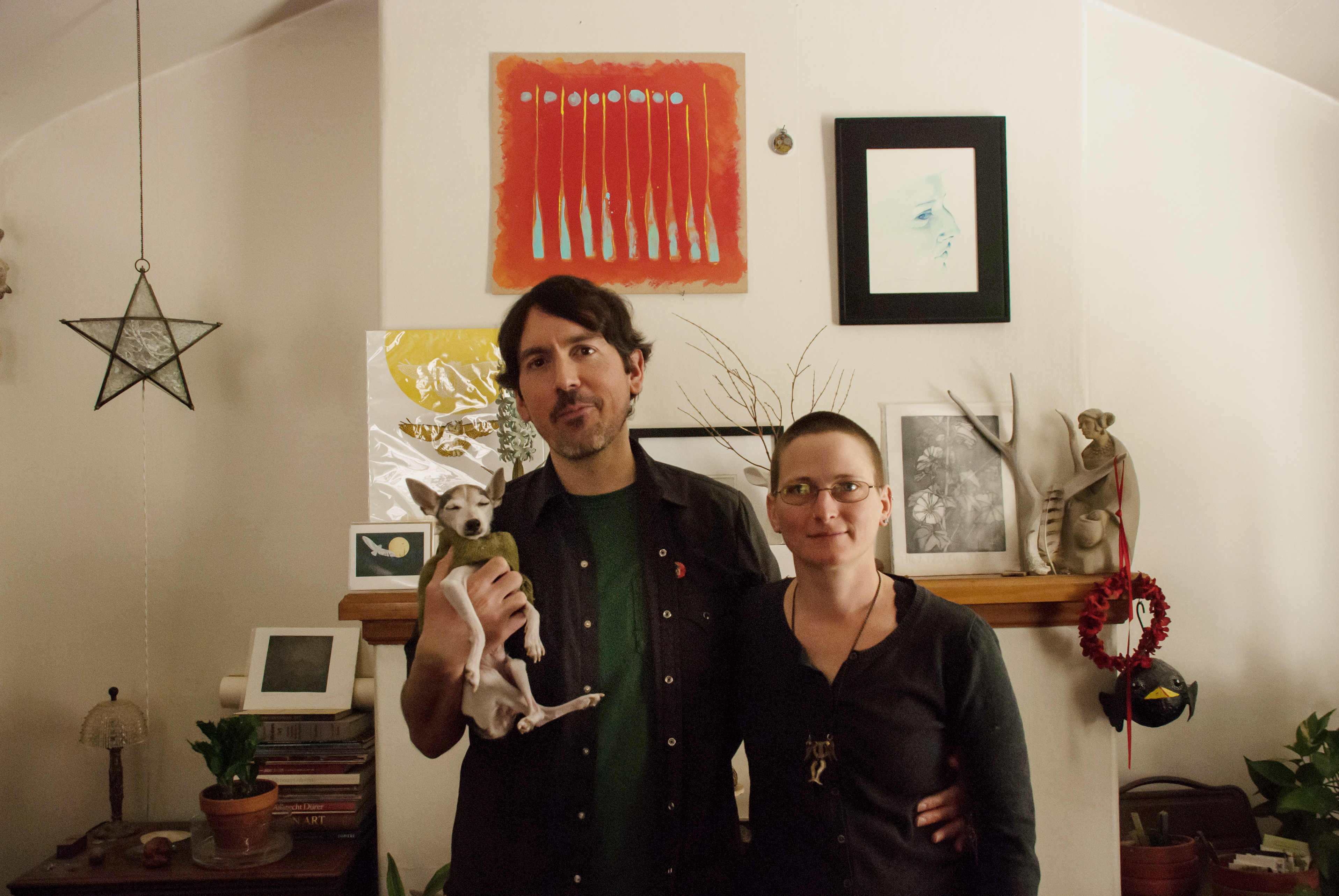 In a music scene that’s ever-changing and growing quickly, Salt Lake City has maintained a DIY technique in forming not just its bands and venues but also its record labels. Rob and Stella Johannes are two Salt Lake City locals that have taken this idea of DIY and used it to build their label, Hail Atlantis Records. After moving here from Denver, Rob realized that Salt Lake City was home to a lot of cool bands. They established Hail Atlantis in the later months of 2015 with the intention of being a collaboration group driven by their love for music rather than a corporate mindset, and since then, Rob and Stella have already managed to get three projects under their belt and have very exciting plans for the months ahead.

It all started as a result of Rob’s upbringing. “I’ve had an interest in music for my whole life,” he says. “I’ve collected records for forever. So, it was an idea that I was playing with for a long time.” Once he met up with Matt Hoenes from Albino Father, he realized that he wanted to give making an album a try. “I was in such a transitional part of my life and I had the time,” he says. “So, we both decided it would be a good idea.” Most of the process was the duo learning as they went along, researching the steps that creating a label would require and taking it step by step. “It was so DIY, and we figured so much out working with Albino Father,” Stella says. “I think Rob’s done a lot more research than he gives himself credit for.” They both laugh, and Rob says, “It was all very on-the-fly. My goal wasn’t to have a business or a brand, but to be able to create cool records and help build the scene.” Rob and Stella pull a lot of inspiration from some of his favorite labels, like Creation Records and Postcard Records, where the atmosphere was a collaboration of friends rather than a corporate-based, rule-establishing brand. “All of these little labels that I loved started out that way, and that’s the way I wanted Hail Atlantis to be as well,” he says.

After putting out 7”s with Albino Father and Color Animal, Rob and Stella worked on their third project with The Nods, keeping their theme of working with lo-fi, retro indie rock sounds. “They already had a tape out on their Bandcamp, and I approached them to see if they would be interested in recording some songs with us,” Rob says. “They recorded it live, and it was so punk. They just knocked it out in one take, and I loved everything about it.” While this release was a quick process, it was something fun and special that the couple got to work on. “We pressed the Nods release with United Records in Nashville, and it ended up being a bone-white, 120-gram vinyl.” They ended up pressing 300 copies of this release in a 7” format, and they plan on releasing 250 10”s for Rocky Maldonado’s (The Nods) side project, The Eleventh Door. “Some places don’t press 10”, so that narrows down who we can choose, but we’re deciding to go with Pirate’s Press on this upcoming release,” says Rob. With a sound reminiscent of old European indie jams and gorgeous female vocals, this is a release that Rob and Stella connect with and are excited to put out later this spring.

Since Hail Atlantis is built from passion and a love of music, the money aspect is something that Rob and Stella value, but they didn’t see it as a main source of income. “We do pretty well on sales, but breaking even isn’t something that we expect when we release a new album,” Rob says. “I think the closest we came to breaking even was with the Albino Father release.” Although Rob has sent records out to different places to get reviewed by blogs and other sources, it all comes down to doing what they can. “Record shops around the world could have access to these albums once I figure out distribution, and that’s something that’s very exciting to me,” he says. Each release garners more attention for Hail Atlantis, and it’s important to them to support local artists in Salt Lake City and follow the hobby aspect of the project. “I really love the bands we’ve worked with here,” Rob says. “I feel like we’re putting money into the art scene and the community, and I’m totally cool with that.”

Hail Atlantis is a collaboration space, ultimately. It’s a label that focuses on the creation and support of local music. As long as Rob and Stella enjoy what the band is creating, they wouldn’t turn any artistic spirit away. Timelessness is something to be cherished within the label, so exclusivity isn’t something the couple is interested in. For a growing music scene, Hail Atlantis intends to uplift and motivate the community by supporting local bands.

The Eleventh Door’s release will be available for purchase or download on Hail Atlantis’ Bandcamp later this spring, and previous releases can be found in local shops like Diabolical Records or Graywhale, as well as their Bandcamp: hailatlantis1.bandcamp.com.