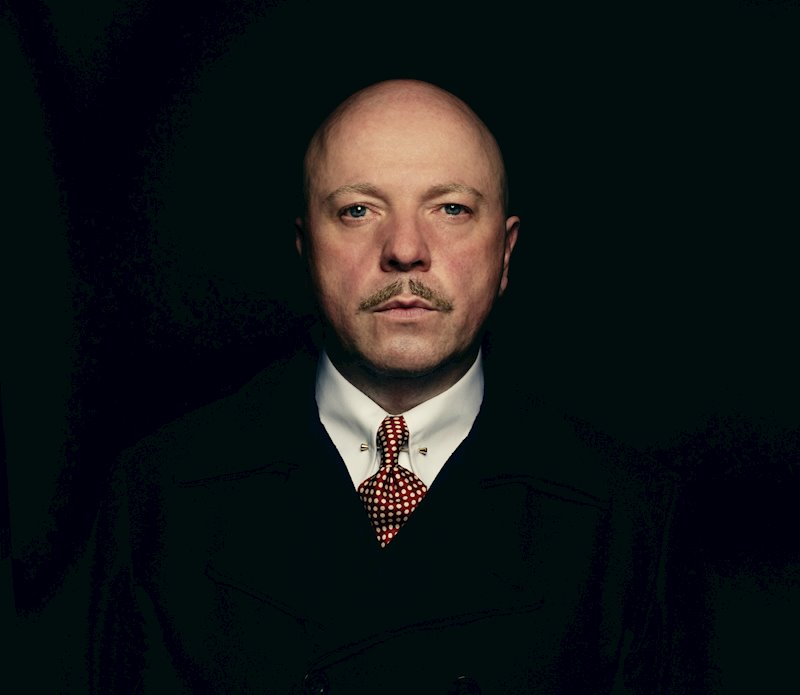 All Worlds Must Collide: Reflections with Ronan Harris of VNV Nation

On Dec. 5 The Metro Music Hall is going to be filled with the amazing sounds of VNV Nation. Their latest release is going to be the main focus of the show, but they will also be spending time playing the hits that many have come to love. It has been a few years since the band has made a stop in our salty city, and there is a lot they want us to hear. VNV Nation creator, Ronan Harris discusses the powerful messages and music styles that dominate his work. For this stop of the Noire World Tour, they will have support from none other than The Rain Within and Cologne, Germany’s Holygram. This will be a journey into musical bliss.

VNV Nation fall into many musical categories that most would describe as alternative/electronic, though their music is different from those distinctions. It crosses many genres, and lyrically, it is philosophical and resonates with fans deeply by connecting with personal experiences. It attracts a broad audience. The latest release, Noire, is the perfect example of this. This listening experience takes the listener through the aggressive pathways of powerful, dark, mechanic techno and then calms down with a melodic, uplifting, electric pace. It carries the listener away with the epic, euphoric orchestral moments, and it runs the gamut of all of the styles they crave. There is nothing left out on this release. “The reason why I do music like that, is that I see albums as one thing,” Harris says. “I don’t see them as a bunch of individual tracks. I’ve been saying since the beginning the there is no track on this album that it is a representative of it.” He wants people to listen to the album as a whole. There is a concept to it. He says, It is a wonderful journey of the self and is represented in three acts.” It starts in a dark and sinister way and meanders into the inspirational, powerful style that their fans have become accustomed to. Harris is a fan of concept albums but Noire is very much a concept album just as every other VNV Nation release has been. The album titles relate to everything that is on them. Harris says, “The music is designed to be listened to from beginning to end. I’ve never really done anything quite as big as I’ve done on Noire.”

Harris has been influenced by techno, trance, industrial, as well as darker electronica, and he has had them on his albums since the early days. He lives in Hamburg, Germany, and the underground dance music scene is a major happening in Europe. “It really shies away from the commercial, junk EDM, party-pleaser, raging-bro-type sound,” He says. “Most people that are into dance music are into something that is a niche or genre all to itself—it is very competent.” On Noire, there are three main tracks that have a darker, underground-techno sound to them, and Harris is using that as an influence but creates an entire soundscape around them. He says, “It’s like writing them as a song, which is something that techno does not do.” Harris feels that techno is devoid of vocals, chords, melodies, verses and choruses—which are the backbone of putting his songs together. Using a format like this allows Harris to write something that is outside a typical song format. Harris and his assistant producer, André Winter, have been teamed up since 2005. Winter is a well-known dance artist in the progressive-techno area. Winter brings his ideas to the table, which allow Harris to find the sounds he is looking for. Harris takes elements from every style of music to let the music flow out of him the way he envisions it. For instance, if Harris needs a deep, machine-room-type base drum that sounds like someone smacking a hammer on concrete—instead of mulling over it—he gets it to a certain point and sends it over to Winters to make the completed vision happen. Then the sound becomes another part of the palette of music and style and is then used to create all of these pieces.

VNV Nation have always had classical elements in their music, so, it is no surprise that on Noire there is a complete, nocturne piano piece. Harris feels that he writes music that gives him feeling—music he wants to hear. It incorporates lots of different elements and he shares that and hopes people like it. At a young age, Harris was shown what he refers to as the “alien language” of classical music by his family members and has always been influenced by it. On his previous release, Resonance, he fulfilled one of his life ambitions by creating an entire orchestral album. He worked with the Babelsberg Film Orchestra and proved the translation of electronic music could be done—no electronic instruments were used at all. As a team, they were able to reinterpret some of the music and toured some of the finest music halls in Germany with it. It was important to Harris to show that this release was something that was serious to him, and not just artist vanity. It had great reviews and went to the No. 3 spot on the Billboard Classical Chart. “It was incredibly successful because it becomes part of the whole range of sound that VNV puts out.”

The song “Illusion” has been imbedded into the hearts of many VNV Nation fans here in the Salt Lake Valley due to our high number of suicide rates and teen suicide, both of which a great deal to Harris. “It is not the easiest time in anyone’s life, far from it,” he says. “To grow up different—to grow up alternative—whether you end up being in an alternative scene or not—you feel different. You are different and it makes life that much harder.” Humans are social creatures and need to feel that they are relevant. Unfortunately, many teens gauge themselves on how other people see them. “A comforting word just isn’t enough.” He adds, “It takes action and communication to get through to people—to get them to communicate and to break free from these feelings.” Due to all the messages of gratitude from people about how the song saved lives, Harris feels as if he borrowed that song. It is almost as if he didn’t write it. He feels, that it is though someone else gave that to him and spoke through him. In reflection on the creation of the song, Harris says, “It sometimes can be quite weird to listen back to your music and go, ‘I did this? How?’” He adds,“I wouldn’t know how.” He feels as if he was channeling something. He never expected the song to resonate with such an enormous number of teens. The powerful thought of the impact could not be expressed through words.

A tribute was made to one of our fallen, beloved citizens by the local dance troupe Spotlight Review, and Harris is moved by their reaction to his work. “It is a beautiful, beautiful thing and I sit back in wonder and look at the palettes of other people,” He says. “I feel very honored that somebody would feel my music is suitable enough for them to use as the inspiring piece for their work.” Harris felt the dance piece was absolutely wonderful and wasn’t only flattered, but impressed by the performance. “There isn’t a greater compliment then when somebody feels that a piece of music feels that much to them that they want to incorporate it into their work,” He says.

The discography of the band is basically a journal of Harris’ life. “It is the stages of my life; every album is a reflection of who I am at a given point,” he says. “It is my philosophies and my observations of the world.” VNV Nation is making an appearance at The Metro Music Hall on Dec. 5 supporting the release of Noire. . Tickets are available in advance through Ticketfly, and get them quickly as it may just sell out!