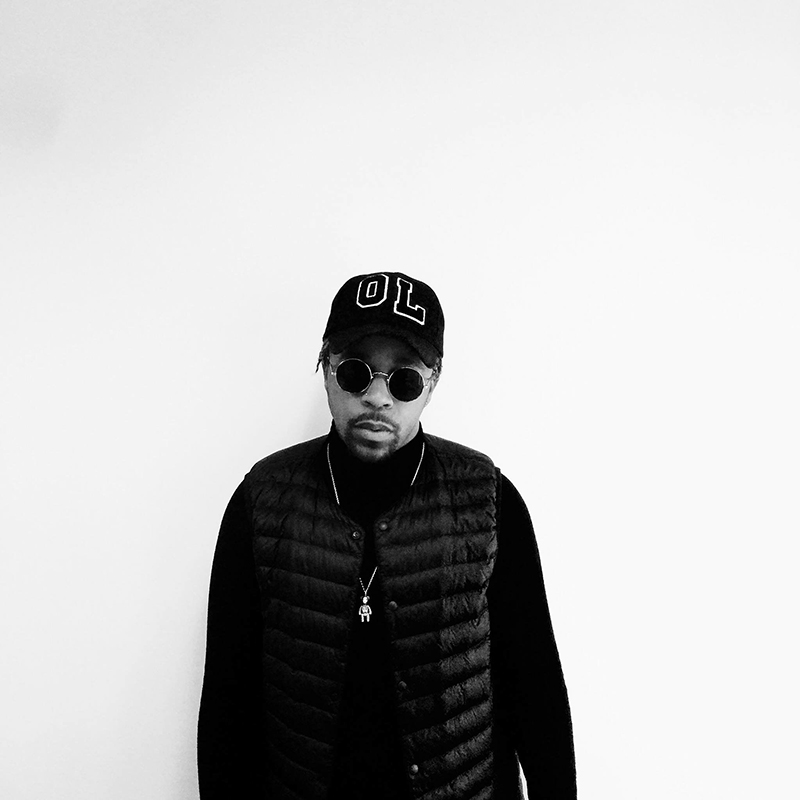 Azizi Gibson: Starting His New Life with a New Brand of Underground Rap

Azizi Gibson has been recording his own unique brand of hip-hop for several years now. He has been adopting new styles in his music lately, drawing influences from growing up overseas as well as popular culture. He performs a show at The Complex this Tuesday, June 7, while on tour promoting his new album, A New Life.

SLUG: In the past, where or what type of crowds have you enjoyed performing to most?
Azizi Gibson: L.A. and Portland—the energy there was really dope. I’m always down to perform anywhere, but energy-wise, those were really crazy.

SLUG: Do you prefer playing all-ages shows or shows that are 21-plus?
Gibson: I feel like all-ages is best. In the future, I would love to do a stadium all-ages. I just want more people to be able to participate in whatever it is that I’m doing, with all the shows and all the music that I am showcasing. SLUG: What was the inspiration behind the title of your album, A New Life?
Gibson: It is really different from my previous stuff, and I knew I was going to be going into this new phase, starting this new life. I was going to make more radio music but still try not to make today’s radio music. There’s plenty of music that is worthy of being on the radio. You just gotta make sure you build it and create it yourself.  I’m starting to find certain tracks that it’s like, “OK, these are the ones that I need to continue to make to sell records.” So, the whole name was generated from me knowing that I need to start a new path.

SLUG: What was the inspiration behind your song “DJ Khaled,” and what does he think about it?
Gibson: I’ve never spoken to him a day in my life. But, for him to send a message all over the world that people need to be positive, whether it’s corny or not, I think it’s cool. He has a positive vibe—he’s not being negative to absolutely anything, which I definitely try to do. At the same time, it was something everyone knew about with his Snapchat and everything, and sometimes with those songs at the right time, you can just put that into your hook and use it to your advantage. I feel like it was right for the times, like I feel if I dropped that song today it wouldn’t work.

SLUG: There is a lot of Japanese and anime references in your music. What is that inspired from?
Gibson: I have been talking about anime in my music for seven years. I’ve been into anime for a long time, since I was raised overseas and it came on television over there. Now I’ve seen too many musicians just randomly become infatuated with anime. I have been doing the anime jive for a very long time, but I wanted to get away from it because too many people are doing it now, mixing their music with anime, and it’s people who are just starting to watch animes and probably haven’t even finished watching the ones that they’re talking about, so it’s something that I’m influenced by but am not doing as much anymore. It’s a little oversaturated, which is why I have the actual voice actors in my work. I am just about some real shit. There is actually some real culture there.

SLUG: Would you ever want to go to Asia or Thailand and play a show where you grew up?
Gibson: I would love to go and play a show in Thailand, even if it was just some hole-in-the-wall shit with the homies. I love Thailand and I love going overseas, and you don’t really have to impress anybody over there. Their culture isn’t really about impressing anybody—as long as you just stick with your family, you’re OK.

SLUG: Who are your influences before the year 2000, before 2010, and after 2010?
Gibson: Before the 2000s, I would say definitely Outkast, Usher, secretly, and I would say Eminem. After 2000 would be Eminem again, Outkast again and definitely Linkin Park.  There really isn’t anyone after 2010. I mean there aren’t any artists influencing me. I mean, the king of hip-hop right now is definitely Drake—it’s just really evident. Also, the internet is definitely crazier than it used to be: There are so many people who just want to be musicians, and it’s so oversaturated, it’s hard to spend time knowing who you really want to invest in, and who you want to work with. There are people who have good sounds, and they just make the same song and don’t change, and that’s what we are exposed to right now.

SLUG: So what are your plans when you come into Salt Lake City, when you come and play?
Gibson: Not much—I think we are just going to come in, smoke, work out, and do a show.  Definitely looking forward to it.

Azizi Gibson is playing on his New Life Tour this Tuesday, June 7 at The Complex.  Tickets are $20 and it is an all-ages show.