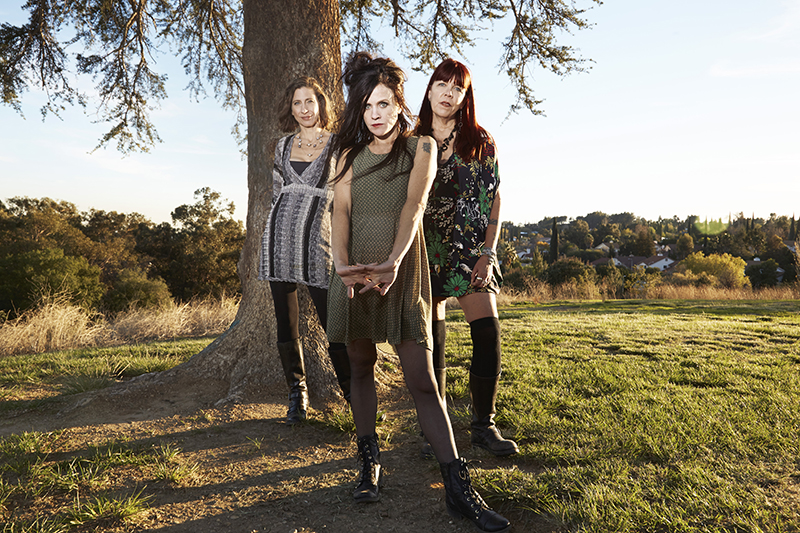 Babes in Toyland: Babes on Tour

The height of the grunge era of the ’90s was defined by loud, aggressive rock, distorted guitars and high-octane performances, and Minneapolis-based Babes in Toyland epitomized this sound from their inception in 1986 to their dissolution in 2001. Their narrative is steeped in the late ’80s and early ’90s, making them synonymous with bands such as Sonic Youth and Nirvana. Though Babes in Toyland have been inactive for the greater part of the last decade and a half, they’ve reunited and gone on tour—they will be playing Urban Lounge on Sept. 1. Recently, SLUG was able to catch up with Lori Barbero, drummer and founding member of Babes in Toyland, about their reunion tour and the possibility of new material.

Barbero and lead vocalist/guitarist Kat Bjelland started Babes in Toyland in 1986, and the two performed and toured together until the band disbanded. “Kat and I, we were in it since the beginning and we’re in it until the end,” Barbero says. The band is known for their punkish snarl and “kinderwhore” aesthetic, which inspired many female-fronted acts to follow, including Bikini Kill and Sleater-Kinney. They are currently touring with bassist Maureen Herman, who was critical in their commercially successful album Fontanelle (featuring their hit song “Bruise Violet”) and who toured with them from 1992 through ’97. After such a long time apart, not much has changed. “Getting back together and all that, it’s just different because it’s a different time,” she says. The band has already played tour dates in Europe, as well as Rock the Garden alongside Modest Mouse to their hometown of Minneapolis, making it their official homecoming before kicking off their American tour.

As far as being back on tour after such a long time, Barbero feels back in her element. “We’re older—more mature I guess,” she says. “We’ve learned how to respect other people’s situations. When you’re older, things just fall into place better— we’re doing great.” The last time Babes in Toyland graced the stage was nearly 14 years ago—a reunion would have not even been possible without the persistence of Chris Skarakis, a former Google executive and co-creator of Powersniff LLC (a neologism for the pretentious inhale that comes before bragging), which has been funding Babes in Toyland’s rehearsals and covering their travel expenses. “They’re our heroes,” says Barbero. “They’re really great. We wouldn’t be doing this if they didn’t believe in us.” Though Powersniff is taking care of the logistics, Barbero says that it doesn’t mean that Babes in Toyland is just along for the ride. “We’re working really hard to pay them back,” she says. “There’s no way I would do the hard work if it wasn’t fun.”

With their extremely full schedule, there aren’t a lot of festivals that the Babes are not hitting. “We’re playing Bumbershoot, we’re playing Riot Fest,” she says. “There really aren’t any festivals … that we aren’t playing that I can think of. I think we’ve pretty much got the festivals down.” With all the work going into their live performance, Barbero laughs at the rumors that Babes in Toyland are working on new material. “I don’t know where people keep saying we’re working on new material, because we haven’t,” she says. “Maybe we’ll write something when we have some time. Just for now, we’re just going to play the stuff we already know.” They want to give their fans a chance to see things that they may not have been able to see when Babes in Toyland were originally touring and to give newer fans a chance to experience something they would have been too young for the first time around.

As far as the shows that Babes in Toyland have already played abroad and in the States, there has been a mixture of both diehard fans and curious newcomers. Barbero’s impressions of the crowd have been diverse. “There were a lot of ages and lots of women, which was really great,” she says. “Music has always been male-dominated, so when you see hundreds of women in the first five rows, it’s really awesome.” As far as whether the attitude in the music industry has actually changed toward women, Barbero thinks that the fact that they are still seen primarily as an “all-female” band is telling. “We’re just a musical band that writes our own music, just like thousands and thousands of other bands that might not be women, and the focus usually sex when it comes to women—too bad,” she says.

However, seeing the younger faces in the crowd has really impressed Barbero. “I think there’s a lot of people who really know a lot about old music … They’re all going back to that stuff,” she says. “It’s pretty unbelievable, that history, that a lot of teenagers know about music.” With an iconic band like Babes in Toyland, reunion shows are once-in-a-lifetime opportunities (especially for those of us who were literally babes the first time around). Barbero hints that old and new fans alike will be more than satisfied with their reunion show. “We’re just playing songs that we like and that we think are solid and that more people want to hear,” she says. Make sure to catch them when they stop in Salt Lake City to play Urban Lounge on Sept. 1.