00:00 / 20:24
Spotify Stitcher
RSS Feed
Share
Link
Embed
On Aug. 15, 2012, Baroness’ tour bus plunged 30 feet from atop a viaduct near Bath, England, injuring all nine passengers. Miraculously, everyone on the bus survived, though no one emerged unscathed. Despite this accident, frontman John Baizley moves forward, saying, “In an effort to move past that and get to somewhere a bit more rewarding than pitiful, our goal is, quite simply put, to be known as a good live touring band.” 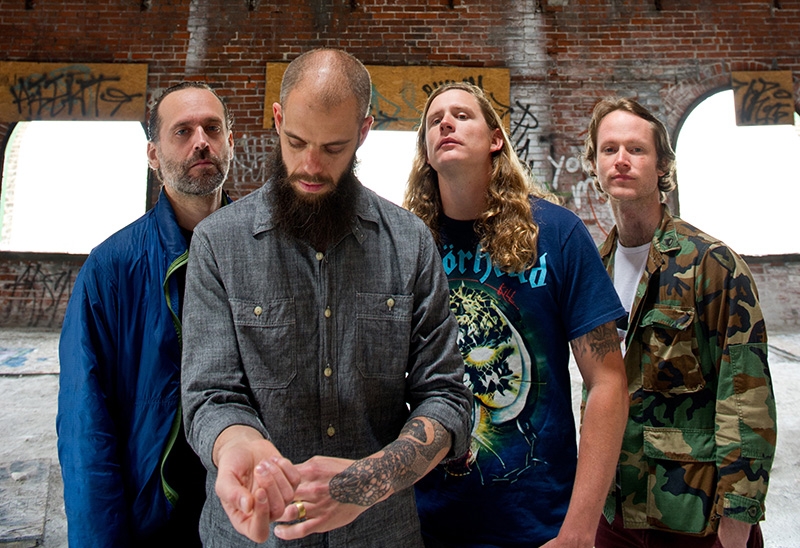 On Aug. 15, 2012, Baroness’ tour bus plunged 30 feet from atop a viaduct near Bath, England, injuring all nine passengers. Miraculously, everyone on the bus survived, though no one emerged unscathed. Guitarist Peter Adams only spent one day in the hospital, but vocalist/guitarist John Baizley broke his left arm and left leg, and both bassist Matt Maggioni and drummer Allen Blickle suffered fractured vertebrae. The accident effectively ended Baroness’ tour cycle for their third album, Yellow & Green, less than a month after it was released and without any U.S. shows promoting the album. “For the time being, it’s only realistic that we be identified with the crash. It was pretty dramatic, and it is the guiding force behind a lot of the decisions, attitudes and behaviors we have right now,” Baizley says in an interview with SLUG. “But in an effort to move past that and get to somewhere a bit more rewarding than pitiful, our goal is, quite simply put, to be known as a good live touring band.”

After more than six months of rehabilitation, the band re-emerged as a live entity in May. Even though Yellow & Green has now been out for over a year and the band is in a very different place than when the songs were written, Baizley looks at their unique situation as an advantage. “What we’re trying to do right now is just tour on the record. It’s kind of weird [playing older songs live for the first time], but it’s awesome in a way because these songs are more or less brand new songs for us onstage, but everybody knows them already,” he says. Upon the album’s release, reaction from fans was mixed, as the band’s emphasis on crushing, sludgy riffs was lessened, and a more meditative mood and influence from ’70s rock emerged. However, Baizley says that crowds have been incredibly enthusiastic throughout the first leg of the band’s tour supporting the album. “Any thought pattern that starts off as, ‘I wish we could’ve toured last fall,’ is trumped by the fact that we are operational and outperforming and out-touring our pre-crash selves. I think the crash was a kick in the pants to a lot of our audience and, in some circumstances, has made the record a bit more poignant for people,” he says.
Earlier this year, Baroness announced that Maggioni and Blickle had left the band. Their departure was amicable, and the band introduced Nick Jost as their new bassist and Sebastian Thomson as the drummer. “[Having two new members] has been awesome, simply put. Nick and Sebastian are unbelievable musicans and great people. The fortunate thing [about Maggioni and Blickle leaving] is that we don’t have a band that shares this tragedy in common, so we don’t have to talk about it. It doesn’t have to be the cornerstone of every  conversation and mood,” Baizley says. The band’s new lineup hasn’t written any new music yet, but Baizley says that Jost and Thomson have breathed a new life into the band and a new energy into the live performance.
SLUG spoke with Baizley in between legs of Baroness’ U.S. tour, and with every mention of touring, he seemed more and more antsy to return to the road. He has made it clear that, for him, music was the driving force behind his recovery from the horrific accident that befell the band. “I think you can certainly make the case that without this music in our lives, we wouldn’t have experienced the crash that we did, and that’s fine—most of the job is adventure and travel—that’s the allure of it,” he says. Even with the ever-present danger that touring musicians face and the fact that reality can rear its head in any number of ugly ways for lifers like Baizley, the passion far outweighs the risks. “Regardless of my life as a musician, a human being or an artist, I have these outlets that I’m drawn to that I can express myself within and that help me with any number of windfalls, from physical pain to mental anguish to social anxiety to homesickness to broken bones … anything. The act of playing music, writing music and performing it become the reason that I get up in the morning with a little pep in my step,” he says.
The very fact that Baroness still exist as a band is nothing short of a miracle. From the horrific first-person account Baizley posted on the band’s website a few months after the accident, though, it was clear that he was not going to simply be defeated. After the band’s performance at Bonnaroo earlier this summer, a photo was posted on their website of Baizley standing in front of the crowd, his arms raised and mouth open in a scream of triumph as thousands of onlookers raised their fists in front of him. One can’t help but think of some lyrics of Yellow & Green as a strange prophecy: “Take my bones away, I’ll find them every day.” This is a band with purpose and dedication, and a band reveling in the reality of their existence. Baroness will perform at the Urban Lounge in Salt Lake City on Aug. 30.
Photos: