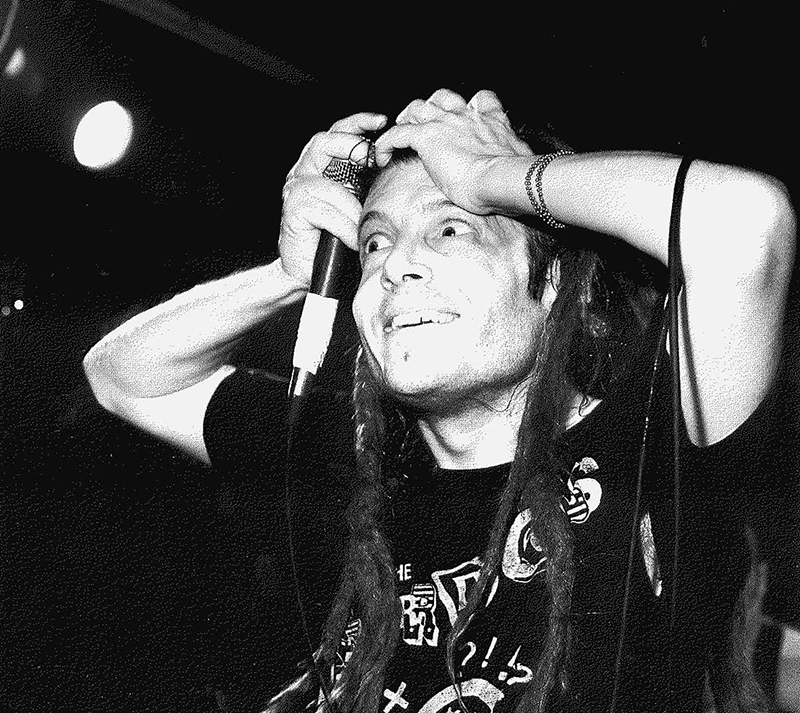 Behind My Damage: An Interview with Keith Morris

My Damage: The Story Of A Punk Rock Survivor, by Keith Morris and Jim Ruland, is the story of a Southern California surf rat caked in city grime and the cool ocean breeze. Built on fish bait, determination and a West Coast–focused anger, Morris is a founding member of the iconic band Black Flag and one of the original voices of the hardcore movement. “I’m not a con artist or a bullshit artist,” Morris says. “I lived it—all of it. That’s what I went through. That’s what I wanted to show in my book.” My Damage was released July 01, 2016 and is available everywhere books are sold.

SLUG: Do you plan on a book tour?

Morris: I will piggyback on whatever I can. The book company is not shelling out dough for me to jump on a jet and fly me somewhere. I do have an Off! tour coming up in November. The Coathangers were going to come along with us, but they had to bow out due to scheduling—kind of a drag. Looking for Bleach or White Lung to join.

SLUG: There are many ways of looking at the L.A. and New York punk scene. However, New York did not have the surfers and the skaters. Tell me the impact those kids had on the Southern California punk scene?

Morris: The New York scene seemed to be geared more toward the intellectuals. I never considered Blondie to be a punk band. I always considered them to be more of a pop band. The Talking Heads certainly were not a punk rock band. You had the New York Dolls, the Ramones. The Dead Boys were popularized out of NYC. Our scene was a lot more youthful—way more aggressive in what you just mentioned, with the surfers and skaters. We didn’t sit around waiting for directions—we made our own map.

SLUG: You once billed yourself as a light jazz band that played Fleetwood Mac covers.

Morris: That was something we had to do out of desperation. We weren’t getting very many shows. We went out of our way to approach club owners in the wrong way. In an irritating and scathing kind of way, we came across as mindless, brainless, sausage-headed thugs, rather than “What do we have to present you in order to play an opening band slot on a Thursday night in your club?”

SLUG: In your book you, talked about the chaos that followed the Polliwog Park show. The publicity that followed focused on the violence. Did that help or hurt?

Morris: It cemented our fate in the South Bay, where we were from. The show was in Manhattan Beach. And now, all of a sudden, there are people from all different walks of life that wanted to stone us and drive stakes through our hearts. They wanted to drag us, chained to the backs of their cars, down the Pacific Coast Highway. Now, all of a sudden, we were the terrorists, and they wanted to stick a needle in our ass. People eventually heard about it in SLASH magazine and Flipside fanzine. That was the only way for us to advertise as a band.

SLUG: You described your time in Black Flag as being “stuck in the undertow of conflict and paranoia.” How liberating was it to be in the Circle Jerks?

Morris: There are two different camps. What irked me and bummed me out about Black Flag was that it became very regimented. It became very workmanlike, where, OK, this is the rehearsal schedule—we are going to rehearse every night until 4 a.m. It was like I’d leave my day job and go to work at another job. Now, of course, being in Black Flag and playing was very liberating. The thing with Black Flag is that it became very serious and if there was any sarcasm, it would get buried under tons and tons of all this angry, beat-you-over-the-head stuff. With the Circle Jerks, it wasn’t like that. With Black Flag, it held me back from being able to attend some of the parties. With The Circle Jerks, we wanted to be the soundtrack to the party. We wanted to be the first guys in line at the keg.

SLUG: You had the opportunity to sign Bug Lamp to Geffen Records, but you didn’t have a band at the time. You said, “I could have signed the deal and figured everything else out afterward.” Do you regret not signing that deal?

Morris: No, I don’t, because how many bands do we need to encounter where it is the Keith Morris band? How fucking boring is that? This was when the record companies were tossing tons and tons of money around. They were signing everybody. The record company executives would go to the bathroom and they would piss out 10,000 dollar bills in the urinals.

SLUG: You mentioned in your book that “younger bands have the mentality: Make it safe, make it predictable, and maybe we’ll make the radio, or a video game, or a car commercial.” Is this the reality of music in the 21st century?

Morris: The record companies have pretty much watered down, fattened and puffed up a lot of the music. They say, “We’ve got our thumbs on the pulse of what the youth of America are listening to.” It’s like country music—like, what part of the fucking country is it from? Music today gets padded and sugarcoated. Bands are writing songs to be in tampon commercials.

Morris: Well, I’m 61 years old, and I’m supposed to be getting over all of that. Like, I’ve had enough of that. I don’t like doing this anymore. I have those thoughts racing through my head. The fact of the matter is, I’m out there doing it, and I love doing it. I like the camaraderie. I like being in a different town every night. You know I have certain things I look forward to, like going to New York City, going to a restaurant, going to the record store. You know there are a lot of cities like that. I travel with record collectors, so let’s carve out at least an hour or two of our day to go swoop on some record stores. I enjoy that. I have a big hurdle because I’m a diabetic with emphysema. You don’t get up there and fucking jog around—it’s not like it used to be.

SLUG: One last thing: Enjoy yourself, have fun, be well and thank you!

Keith Morris is a living icon and a punk rock institution. His book is a memoir that relies on substance and not show—it’s not polished up and glamorized to make for an easy read with a predictable and safe protagonist. It’s honest and true. It’s Keith Morris. Buy this book. I promise that you will not be disappointed.